Back in 2012, Christopher Buckley published They Eat Puppies, Don’t They?, a light farce about Beltway hawks bent on ginning up hostilities with China. The opening pages take us to the Dupont Circle headquarters of the Institute for Continuing Conflict, where our morally flexible antihero, defense lobbyist Walter Bird, waits to pitch the scheme to the think tank’s head. As Bird contemplates the books in the display case—titles like The Case for Permanent War, Taking the “Re‐” Out of Retaliation, and How America Can Keep From Becoming France—he muses that neoconservatives “had the uncanny knack of distancing themselves from failures . . . not for them, dwelling on disasters. No. Pass the ammo, pass the hors d’oeuvres, and on to the next calamity!”

We tend to think that Washington began to outpace satire only in the Trump era. But real‐​world Dupont Circle houses the Institute for the Study of War, a policy shop that made headlines in 2013 when its star Syria hawk was exposed as a fabulist with a fake PhD. Buckley plays it safe with the handle he picks for his Institute’s colorful “directrix”: “Angel Templeton.” A skillful parodist would shrink from anything so unsubtle as “Samantha Power,” “Anne‐​Marie Slaughter,” or “Max Boot” — but in this town, a panel discussion with such luminaries could actually be arranged.

It’s not just Boot’s name that’s too on‐​the‐​nose. Over his twenty‐​five‐​year career of cheering on America’s foreign misadventures, he’s been a walking caricature of a giddy warmonger. Boundlessly generous with other people’s blood and treasure, ever eager for the next calamity, Boot seems hell‐​bent on refuting Irving Kristol’s description of neoconservatives as liberals who’ve been “mugged by reality.” Without Boot, there’d be nobody around to say, outright, that “America should be the world’s policeman”; to praise the U.S. occupation of the Philippines, with its 200,000 dead civilians, as a model for counterinsurgency; or to point out that the real problem with Obamacare is it may leave less money in the pot for blowing stuff up. Who else would complain, as Boot did in 2006, that Air Force General Curtis LeMay—a man who insisted that “there are no innocent civilians” and spent the Cold War trying “to get World War III started”—never got a Nobel Peace Prize? If Boot wasn’t so guileless and earnest, you’d suspect him of engaging in an elaborate, decades‐​long put‐​on to “own the doves.”

Lately, though, Boot has shifted gears, dialed down the bellicosity somewhat, and trained his fire on President Trump. His new book, The Corrosion of Conservatism, sets out to explain why Boot “no longer feel[s] part of a movement whose betrayal of its principles is abhorrent to me.” But Corrosion offers little insight into those principles or their betrayal and adds nothing new to the already ample case against Trump. Instead, it’s a transparent and tedious exercise in rebranding.

Much of the book is a slog through what Boot wrote and when: “My warning would turn out to be prophetic. And yet in the months ahead I would forget my own insight.” It’s the literary equivalent of getting trapped next to some self‐​quoting bore at a right‐​wing foundation dinner, trying desperately to lock eyes with the waiter and get him to pour the red wine faster.

Vintage Max Boot was so bracingly unhinged that I never noticed what a plodding, unimaginative writer he is. In Corrosion, it’s hard to miss. “I assumed that Donald Duck would have as much chance of becoming president as Donald Trump,” Boot emits. The possibility sounded “like the plot of a dystopian science fiction movie.” When Trump started winning primaries, “I thought I had entered the Twilight Zone.” Boot trots out the familiar George Orwell line: “to see what is in front of one’s nose needs a constant struggle.” It takes less effort to follow Orwell’s first rule of writing, “never use a metaphor, simile, or other figure of speech which you are used to seeing in print,” but Boot can’t be bothered.

Pundits’ lives are hardly cinematic, but Boot has a more interesting background than your typical conservative careerist. Born in Moscow and raised in Los Angeles from age six, he becomes a right‐​wing troublemaker at Berkeley and then lands a gig at the Wall Street Journal editorial page. That puts him in lower Manhattan on the morning of September 11, 2001, watching the towers come down. Surely there’s raw material here for vivid observations and telling anecdotes.

So what was it like in the Brezhnev‐​era Soviet Union of Boot’s youth? The “store shelves were bare and lines long.” Ground Zero on 9/11? “A scene straight out of hell,” Boot offers, adding that the debris cloud billowing down the street looked like “the massive boulder at the beginning of Raiders of the Lost Ark.” This isn’t a man who’ll risk getting his hatband sweaty struggling to bring forth an arresting image.

As a self‐​styled “made guy” of the conservative movement, Boot has quaffed cocktails with the right’s most colorful personalities. Alas, if they showed any personality, it was wasted on our narrator. William F. Buckley Jr., it turns out, was “the height of geniality.” Bill Kristol? Notable for his “genial, wisecracking company,” Boot tells us two pages later. The Journal’s Dorothy Rabinowitz “dressed in all black and was always making amusing and acerbic observations on the passing scene.” Could Boot share one? No such luck.

Say what you will about Tucker Carlson, but the single chapter of Ship of Fools I’ve read (“Foolish Wars,” which slags Boot merrily and mercilessly) packs more damning detail and arch observations into its thirty‐​odd pages than Boot manages in an entire book.

Carlson spent the late ’90s at the Weekly Standard and, like a good reporter, noticed things and is willing to share. “In private,” Carlson says, founding editor Bill Kristol “was as witheringly antigay as [Pat] Buchanan.” Bob Kagan, Kristol’s frequent coauthor and fellow regime‐​change enthusiast, was gormless and loud, “like an aging linebacker with a history of concussions” — in short, “an idiot. Not that it slowed him down as a foreign policy expert in Washington.”

In Boot’s Corrosion, the closest you get to a juicy revelation comes when he recounts his 1994 job interview at the Wall Street Journal. He was “horrified” to be offered a job writing economics editorials despite the fact that he had no formal training in the subject. Apparently, the Journal’s Robert Bartley saw that as a plus. Boot took a post editing op‐​eds instead and soon picked up a column on legal affairs, another topic in which he had no expertise.

“It’s obvious,” Boot proclaims, “that the history of modern conservatism is permeated with racism, extremism, conspiracy‐​mongering, isolationism and know‐​nothingism.” Through much of that history, Boot was elbow‐​to‐​elbow with the movement’s key figures. Did any of them ever take him aside to share a batso conspiracy theory or a horribly racist joke? It beggars belief to suppose nothing like that ever happened. And yet, remarkably enough, no actual conservatives were harmed in the making of this memoir.

If conservative corruption is obvious now, it wasn’t then — at least not to Boot. “I understand what Fox News viewers experience,” he writes, “because I experienced a version of the same brainwashing myself.” By his own account, Boot spent a quarter century “drinking the Kool Aid,” continually engaged in “self‐​indoctrination,” and couldn’t see what was right in front of his nose. In essence: don’t blame me — I come from the Stupid wing of the Evil Party. Whatever one thinks of Boot’s critique of the contemporary right, this sort of defense hardly instills confidence in the reliability of our narrator.

But merely acknowledging past errors has been enough to earn Boot liberal accolades. All the newfound respect is strange indeed, given how perfunctory Boot’s apologies actually are. On Iraq: “I regret advocating the invasion and feel guilty about all the lives lost.” Then again, “the war had the support of 72 percent of the public,” so its leading intellectual advocates, like Boot, were really just along for the ride, “like hapless passengers who got into a vehicle with a drunk driver and could not escape as the car careened across the center divider.”

Boot also confesses to feeling soiled by his first book, Out of Order, a diatribe against judicial activism. “I feel about it much as a well‐​established actress might feel about a porno film that she did when she was just starting out.” He feels “much better” about his second book, 2002’s Savage Wars of Peace, a history of America’s “small” and frequently bloody counterinsurgency campaigns. In it, Boot praises the British Empire’s “hunger for vengeance” after defeats in the First Afghan War and Zulu War and insists that “if Americans cannot adopt a similarly bloody‐​minded attitude, then they have no business undertaking imperial policing.”

That book, of course, takes its title from Rudyard Kipling’s 1899 poem urging the United States to embrace colonialism in the Philippines: “Take up the White Man’s burden / the savage wars of peace.” It can be a thankless task, earning “the blame of those ye better,” Boot acknowledged, quoting Kipling. Before lecturing fellow palefaces about their “white privilege,” as Boot did in a much‐​praised column in late 2017, he might have acknowledged a mistake or two here. But, apparently, if you hate Trump and recite the appropriate progressive bromides, all sins are washed away.

Boot still slips up from time to time, as he did earlier this year, in a column urging Americans to get over their hang‐​ups about endless war. Remaking the Middle East is frustrating, but it’s nothing compared to “our Indian Wars, which lasted roughly 300 years.” So lie back and think of Wounded Knee. Still, the resulting kerfuffle hasn’t cost him his berth at the Council of Foreign Relations or his column in the Washington Post. Anybody can make a mistake. Anyway, compared to Trump, Boot’s just a lot more — what’s that word? — “genial.” 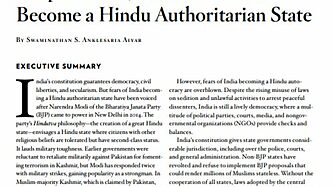 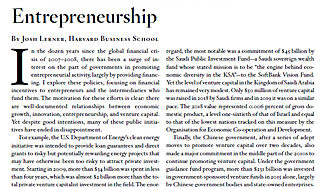