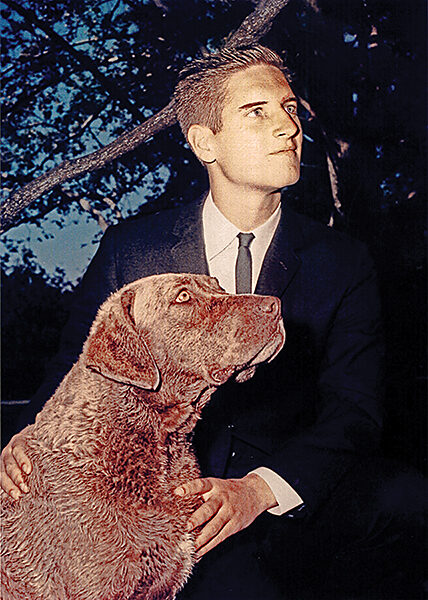 Last year, Cato received an extraordinary gift — a $2.6 million bequest from someone who had never given to Cato in his lifetime. We have since learned more about this generous donor and his remarkable life and legacy.

Stephen S. Ball was the youngest son in a family of successful infrastructure builders, whose parents left a nest egg to each of their children. Steve led a frugal life in the Napa Valley and chose to pursue an unconventional investing strategy that heavily favored one company that he admired greatly: Warren Buffett’s Berkshire Hathaway. Over the decades, his shrewd investments and modest preferences created significant wealth, and Steve chose to leave much of it to charity.

Due to Steve’s penchant for independence and privacy, he never established a relationship with Cato during his lifetime. We initially learned of Steve’s background, beliefs, and interests through conversations with Barbara Boucke, his longtime accountant and friend, as well as his sister Susan Syar.

In the past two years, to reflect on Steve’s passions and to honor his legacy, Barbara and Susan were in contact with all 17 other organizations that benefited from Steve’s incredible generosity. As they visited these charities, they discovered his passions as an avid hiker, a naturalist, and a libertarian. He gave millions to the Marine Mammal Center on California’s Pacific coast. He gave millions to preserving hiking trails at Lake Tahoe and on Mount Diablo. He gave millions to the Salvation Army, where he preferred to do his shopping. And he gave millions to Cato, because, apparently, Steve loved to listen to talk radio and enjoyed Cato scholars’ commentary on how to correct government overreach. Susan told us, “Steve saw Cato as bringing libertarianism out of the wilderness and to people like him through radio — so he chose to leave support for a strong voice for limited government. He was a student of politics — always standing for the little guy, and opposing big government.”

Barbara and Susan were able to join us for a recent San Francisco City Seminar. As Cato president Peter Goettler described Cato’s mission, Susan smiled and said she felt Steve’s presence — these ideas were his passion.

Our only regret is that we didn’t have a chance to know Steve personally. We are committed to honoring the intent of estate gifts to Cato and planning with our Legacy Society members for the implementation of their wishes.