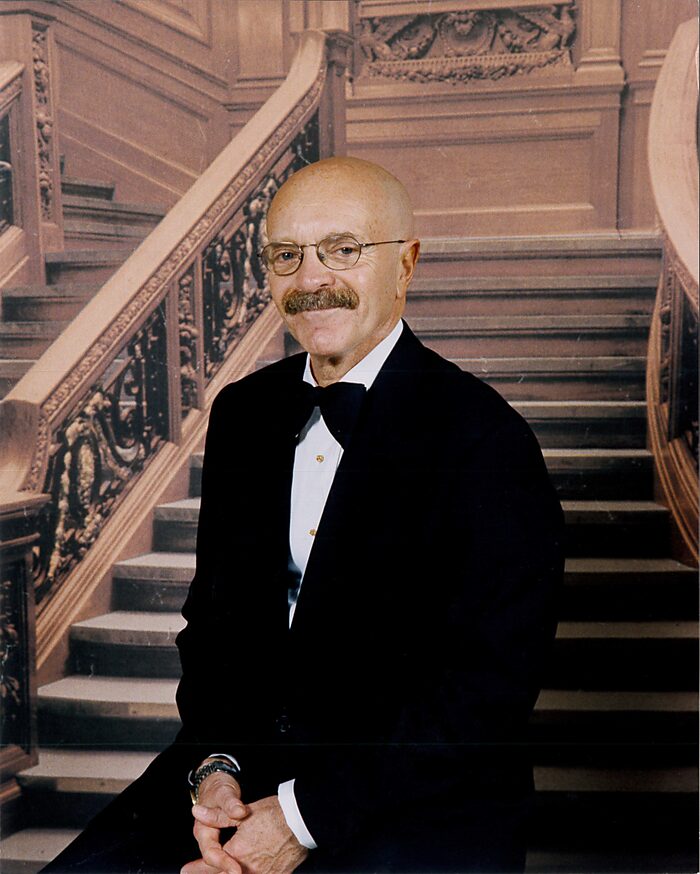 Thanks to an extraordinary legacy gift, Cato will fight for free markets in 2017 with a new voice, that of economist Ryan Bourne, the first R. Evan Scharf Chair for the Public Understanding of Economics.

Before his passing in February, Evan Scharf and his wife Sue had supported Cato at the Club 200 level for many years and made a big difference in the fight for individual liberty at the Institute. Evan began his career on Wall Street and remained in the financial industry for decades, and had been a friend of the Cato Institute since 1989. We are deeply honored that he chose to partner with the Institute through his estate over 25 years later.

In his letter establishing the chair, Evan reflected that government schools and private universities had failed to teach the profound theories of Friedrich Hayek, Ludwig von Mises, and Milton Friedman. Evan wished to fund a chair at Cato so that a persuasive teacher could move “public opinion to support market economies in contrast to those of the command‐​and‐​control models that have failed and been so costly to human happiness, health, and productivity.”

Ryan Bourne joins Cato from the Institute for Economic Affairs in London and holds a masters degree in the philosophy of economics from Cambridge University. Most recently, as one of the key “economists for Brexit,” Bourne secured commitments for a free trade agenda from Britain’s post‐​Brexit Conservative government. Upon accepting the chair, Bourne remarked that “recent political trends may be signaling a decline in public support for economic freedom, meaning it’s all the more crucial now to secure victories in the battle of ideas.”

After working with Cato to identify his vision and intent for a resident scholar position named in his honor, Evan worked with our friends at DonorsTrust to set up an investment plan for his endowment. DonorsTrust is the “liberty movement’s” community foundation—providing philanthropic services, including a donor‐​advised fund, for like‐​minded donors. “Safeguarding intent is a core DonorsTrust value,” says DonorsTrust president Lawson Bader. “Partnering with both Evan and Cato to continue and expand the fight for a free society is most rewarding.”

It means so much to us to benefit from the tremendous generosity of Cato’s Legacy Society Sponsors who are committed to our values. In the past year, Legacy Society Sponsors have made a significant impact on Cato’s mission. In addition to Evan’s legacy gift ‚Cato received the final distribution from the estate of Bay Area native Stephen N. Ball, and we’re working with his family on recognition for his $2.6 million gift, which was motivated by his appreciation of Cato scholars’ radio commentary. And in November Cato received a gift of more than $5 million from the estate of Richard H. Lotz, a successful libertarian business man from Michigan.

We thank all our Sponsors for partnering with Cato to defend the ideas that will create a freer, more prosperous world.

If you would like to discuss the vision and intent of your legacy at Cato, please contact Brian Mullis, bmullis@​cato.​org or 202–789-5263.