How free is your state on tax policy? On land‐​use regulation? What about health insurance, marijuana, or educational freedom? The 2018 Freedom in the 50 States holds the answers as the only index to measure both economic and personal freedom at the state level.

Florida jumped eight spots from last year to take first place in overall freedom, with New Hampshire — last year’s top state — now in second place. The authors, William P. Ruger of the Charles Koch Institute and Jason Sorens of Dartmouth College, note that Florida and New Hampshire “significantly outpace” the rest of the top five states, which are clustered together. New York once again takes up the rear — it has been the least free state in the union every year since 2000. It also serves as proof that Americans care about freedom — or the lack thereof; about 1.3 million people (more than 9 percent of the state’s population) left New York for other states between 2000 and 2012. 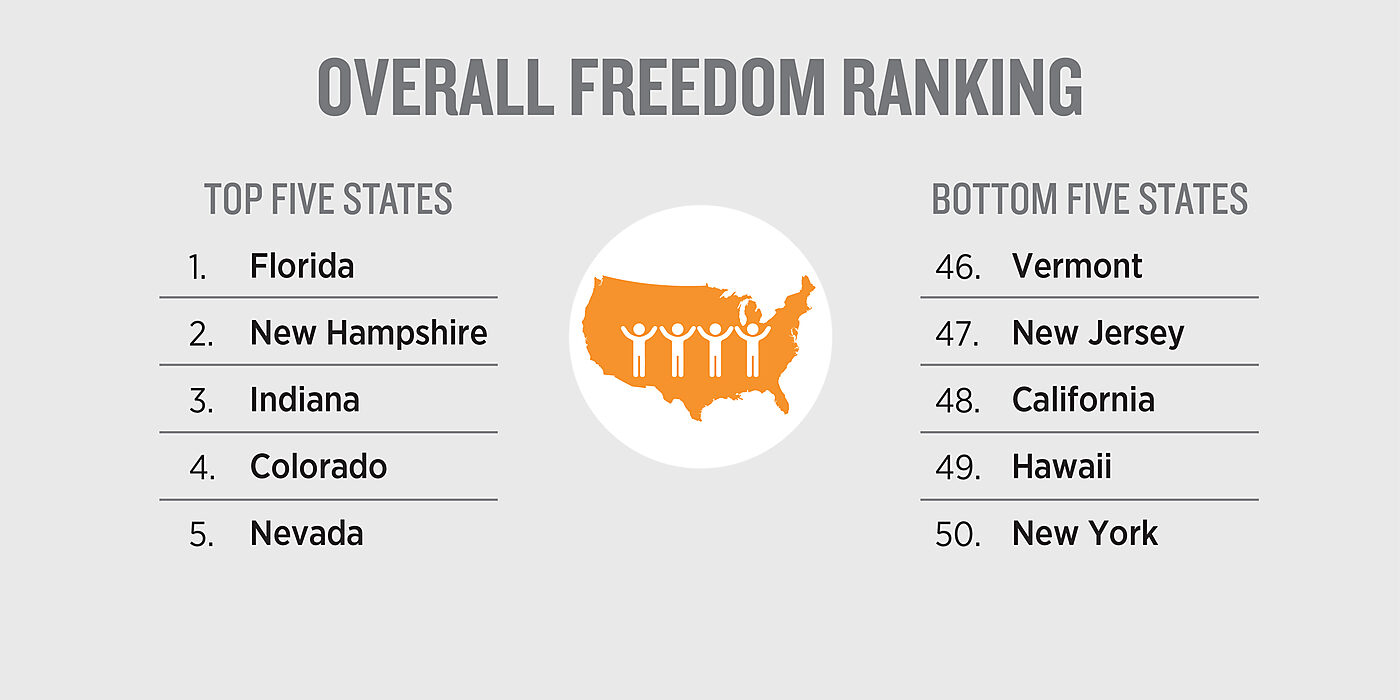 For the first time, this edition of the index offers annual data going back to the year 2000 and thus includes a wealth of data on how states have changed in the rankings over the years. Vermont, for example, was the “biggest loser” over the past 16-year period, thanks to fiscal centralization, rising taxes, and increasing regulation. Meanwhile, “Florida’s rise since 2009 has been nothing short of stunning,” the authors write. The state’s improvement is almost entirely because of its improving fiscal policies; its local and state taxes — along with government consumption and debt — have all fallen as a share of the private economy.

Purchase your copy at cato.org/store, and visit freedominthe50states.org to view interactive data from the index.