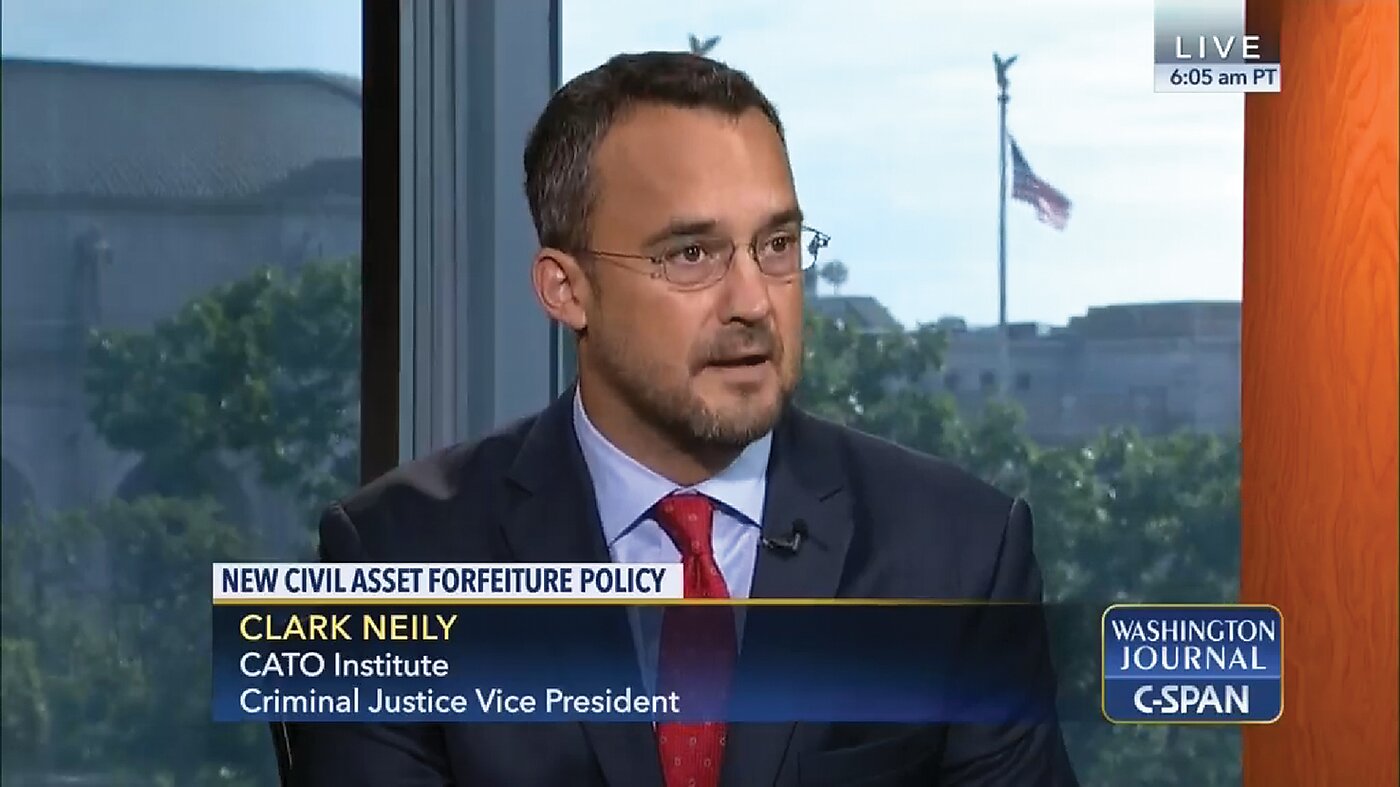 In July, Attorney General Jeff Sessions rescinded Obama‐​era reforms to civil asset forfeiture laws, which allow police to seize, and in some instances keep, citizens’ property without so much as accusing them of a crime. But Sessions immediately discovered that his decision was not popular, even among his own party — in a time of increasing partisanship, Sessions’ decision was denounced by many voices on both sides of the aisle.

The growing bipartisan abhorrence for asset forfeiture is a sign that once‐​obscure criminal justice issues are gaining popular notice. From police misconduct to innocent citizens bankrupted by civil asset forfeiture, to SWAT teams raiding family farms after mistaking tomato plants or okra for marijuana, the media and public are now paying attention to problems that the Cato Institute has been decrying for decades. And with the addition of new Vice President for Criminal Justice Clark Neily, Cato plans to expand its efforts in this policy area even further.

In 1988, Cato executive vice president David Boaz published an op‐​ed in the New York Times titled, “Let’s Quit the Drug War.” He urged against allowing America to become the sort of society that “would condone strip searches, large‐​scale arrests, military occupation of its capital city and the shooting of possibly innocent people in order to stop some of its citizens from using substances that others don’t like.” In 1999, Cato released a briefing paper “Warrior Cops: The Ominous Growth of Paramilitarism in American Police Departments.” It was an early warning to policymakers that the growing trend of sharing excess military equipment, such as armored vehicles, M‐​16s, and grenade launchers, with police was spawning a dangerous culture of paramilitarism that would lead to unnecessary killings as the police and military missions became confused. And in 1995, Cato published Forfeiting Our Property Rights, by the late Rep. Henry Hyde (R-IL), then chairman of the House Judiciary Committee, explaining the dangers of abuse posed by civil asset forfeiture laws. In 2017, these warnings seem ever more prescient.

Radley Balko, then a Cato policy analyst and now a Washington Post columnist and Cato media fellow, became a leading voice on police militarization, beginning with his 2006 Cato white paper “Overkill: The Rise of Paramilitary Police Raids in America.” He published an accompanying website, which painstakingly catalogued instances in which innocent people had been killed in these raids. Cato later continued its pioneering research into police misconduct with the 2012 launch of PoliceMis​con​duct​.net, which records daily reports on police abuse.

In June, Cato welcomed Clark Neily as its new vice president for criminal justice. Before joining Cato, Neily spent 17 years at the Institute for Justice as a senior attorney. Neily is an adjunct professor at the University of Texas School of Law and the author of Terms of Engagement: How Our Courts Should Enforce the Constitution’s Promise of Limited Government.

Neily also worked alongside then‐​Cato senior fellow (now Cato board chair) Robert Levy and cocounsel Alan Gura to develop the District of Columbia v. Heller case, which challenged the District of Columbia’s restrictive gun control laws. They ultimately carried the case to the Supreme Court, which upheld the individual right to possess firearms for the first time in history.

At Cato, Neily hopes to highlight numerous criminal justice problems in need of reform, including challenging the proliferation of arbitrary, unjustifiable criminal laws; rolling back the practical elimination of the criminal jury trial that has been achieved through rampant and often highly coercive plea bargaining; and calling for the urgent and immediate reconsideration of America’s zero‐​accountability policy for law enforcement.

“I am honored and excited to join my friends and Cato and invest myself in the vital work of reforming America’s increasingly arbitrary, unaccountable, and excessively punitive criminal justice system,” said Neily. “Cato’s advocacy on behalf of liberty and limited government is unparalleled, and the need for principled discourse on matters of criminal justice has seldom been more urgent. I look forward to leading that effort and helping ensure our justice system is one that all Americans can be confident in and proud of.”