When the Dodd‐​Frank Act was passed by Congress in 2010, its stated intention was to rein in practices at major financial institutions that contributed to the 2008 crash and the Great Recession. In “The Impact of the Dodd‐​Frank Act on Small Business” (Research Briefs in Economic Policy no. 129), Michael D. Bordo and John V. Duca examine the negative consequences DoddFrank has had on small business, most notably through restrictions on lending to small businesses.

HIGH CRIMES AND MISDEMEANORS
When defending against actual or possible impeachment charges, politicians have often asserted a narrow reading of the Constitution’s phrase “high crimes and misdemeanors.” In “Indispensable Remedy: The Broad Scope of the Constitution’s Impeachment Power” (white paper), Cato’s vice president Gene Healy examines the original intent and historical practice of impeachment in the United States. Contrary to the narrow reading advocated by some, Healy shows that “misdemeanors” include a wide range of misconduct incompatible with holding high office, even in cases in which the conduct isn’t criminalized by statute.

IMMIGRANT VOTING PATTERNS
Do higher levels of immigration correlate to more electoral victories for Democrats? This claim is often at the core of conservative arguments against liberalizing immigration laws. In “The Political Impact of Immigration: Evidence from the United States” (Research Briefs in Economic Policy no. 130), Anna Maria Mayda and Giovanni Peri find that immigration can have a net partisan effect, but that such effects correlate more strongly with education and skill levels than immigration status. College-educated immigrants are less likely to vote Republican, but so too are college-educated native-born Americans.

THE ENGLISH-TRADING PEOPLES
Ever since the shocking referendum results in 2016, Brexit has caused considerable uncertainty over the future of the United Kingdom’s trading relationships. In “The Ideal U.S.- U.K. Free Trade Agreement: A Free Trader’s Perspective” (white paper), Cato’s Daniel J. Ikenson and Simon Lester, together with Member of the European Parliament Daniel Hannan, outline one possible course for a post–European-Union Britain. Free to make its own trade deals for the first time in decades, the United Kingdom could reap substantial benefits by concluding a comprehensive free trade agreement with the United States.

VOTE WITH YOUR FEET
The Tax Cuts and Jobs Act of 2017 included many sweeping changes to federal tax law, with one of the most important being the cap on the state and local tax (SALT) deduction. In “Tax Reform and Interstate Migration” (Tax and Budget Bulletin no. 84), Cato’s Chris Edwards looks at the effect the SALT deduction is likely to have based on past patterns of interstate migration from high-tax to low-tax states.

PUBLIC CHOICE AND PRIVATE BENEFITS
The so-called revolving door has been a notorious fixture of regulatory agencies for as long as regulatory agencies have existed. In a first-of-its-kind study, Haris Tabakovic and Thomas G. Wollmann examine patent examiners at the United States Patent and Trademark Office to see whether they are more likely to later work for companies whose applications they reviewed. “From Revolving Doors to Regulatory Capture? Evidence from Patent Examiners” (Research Briefs in Economic Policy no. 131) confirms the long-held suspicion that bureaucrats tend to find lucrative private-sector employment with the same companies they were once responsible for regulating.

VOUCHER LIMITS LOWER QUALITY
Out of concern for ensuring that voucher programs include high-quality schools, many states have imposed stringent regulations on what sorts of schools can participate. In “Who Participates? An Analysis of School Participation Decisions in Two Voucher Programs in the United States” (Policy Analysis no. 848), Cato’s Corey A. DeAngelis and Blake Hoarty of the Mercatus Center at George Mason University find that such regulations appreciably reduce the quality of participating schools in Wisconsin and Ohio, the opposite of what was intended by policymakers in adopting such regulations. 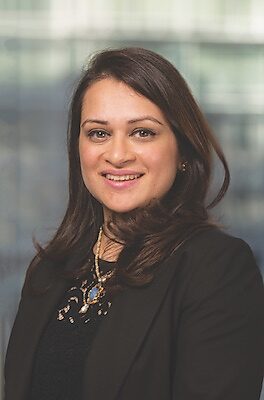 THE MOST DANGEROUS GAME
America’s troubled relationship with Pakistan has been in the spotlight with President Trump’s recent accusations that Islamabad is funding militant jihadist groups, a charge vehemently denied by the Pakistani government. In “Double Game: Why Pakistan Supports Militants and Resists U.S. Pressure to Stop” (Policy Analysis no. 849), Cato visiting research fellow Sahar Khan explains the deep-seated institutional causes that have led Pakistan to support militant groups in both Afghanistan and Kashmir while simultaneously accepting massive amounts of economic and military aid from the United States.

ZONED OUT
High housing costs are a perennial concern for urban planners and politicians. In “The Effects of Zoning on Housing Prices” (Research Briefs in Economic Policy no. 124), Ross Kendall and Peter Tulip estimate the effect of restrictive zoning laws on housing prices across a range of cities in Australia. Their findings confirm that zoning laws have a massive effect on restricting the supply of housing and thus increasing prices.

GET WHAT YOU PAY FOR
A widespread perception exists among the general public that CEO compensation is excessive and representative of a market failure, spurring on a wide variety of laws and regulations aiming to curb the pay of chief executives. In “The Politics of Pay: The Unintended Consequences of Regulating Executive Compensation” (Research Briefs in Economic Policy no. 132), Kevin J. Murphy and Michael C. Jensen examine the negative consequences of these policies, showing that they have the effect of decreasing rather than increasing the pay of average employees.

HIGH TRAFFIC, LOW COSTS
One of the most persistent objections to marijuana legalization has been concern over the possibility of increased traffic accidents and fatalities. In “Early Evidence on Recreational Marijuana Legalization and Traffic Fatalities” (Research Briefs in Economic Policy no. 125), Benjamin Hansen, Keaton S. Miller, and Caroline Weber find that traffic fatalities in states that have legalized recreational marijuana show no appreciable increase when compared with a synthetic control compiled from data in other states.

UNINTENDED CONSEQUENCES AND THE HEROIN EPIDEMIC
The current epidemic of heroin overdoses has prompted many to blame the widespread availability of prescription opioids such as OxyContin. In response to growing concern, in 2010 the drug was withdrawn and replaced with a new abuse-deterrent formulation. In “How the Reformulation of OxyContin Ignited the Heroin Epidemic” (Research Briefs in Economic Policy no. 126), William N. Evans and Ethan Lieber find that this reformulation fueled the shift from relatively safe prescription drugs to far-deadlier illegal drugs: heroin and fentanyl, with an associated spike in overdose deaths.

BLOOD MONEY?
Economists have long recognized the importance of incentives, including potential financial incentives, for organ and blood donation, even though popular opinion often recoils at the concept. In “Societal Support for Paying Plasma Donors in Canada” (Research Briefs in Economic Policy no. 127), Nicola Lacetera and Mario Macis examine public opinion in Canada, which bans compensation for plasma donors, as compared with similar nations (the United States and Australia) where the practice is legal. They find that moral opposition is a distant second to more pragmatic concerns, suggesting that the latter can be effectively addressed by efforts to better educate the public.

LAW AND ORDER
Two of the key drivers of depressed economic growth in developing nations are access to credit and high rates of crime. In “Financial Frictions and the Rule of Law” (Research Briefs in Economic Policy no. 128), Ashantha Ranasinghe and Diego Restuccia evaluate the importance of the rule of law and developed financial institutions for productivity and economic development.

PAPERS, PLEASE
Drawing from statements by Immigration and Customs Enforcement officials and records from Travis County, Texas, Cato immigration scholar David Bier estimates that ICE issued detainers for at least 228 U.S. citizens in the county between October 2005 and August 2017. In “U.S. Citizens Targeted by ICE: U.S. Citizens Targeted by Immigration and Customs Enforcement in Texas” (Immigration Research Policy Brief no. 8), Bier highlights how frighteningly common it is for U.S. citizens to be swept up in America’s deportation machine.