IT PAYS TO VISIT THE WEST WING 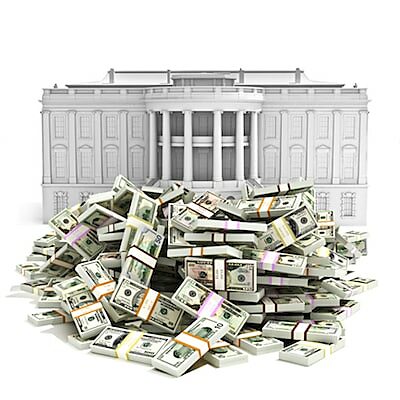 Who gets access to White House decisionmakers, and how are they benefiting? In “All the President’s Friends: Political Access and Firm Value” (Research Briefs in Economic Policy no. 83), Jeffrey R. Brown and Jiekun Huang of the University of Illinois match the names of visitors in the White House log to the names of corporate executives of S&P 1500 firms and find that firms that had contributed more to the Obama presidential election campaigns were more likely to have access to the Obama White House. After a meeting with White House officials, these companies saw significant positive cumulative abnormal returns and often received relief from regulations.

AMERICANS’ DISTRUST OF REGULATORS
Many Americans dislike Wall Street — but that doesn’t mean they want it regulated. In “Wall Street vs. The Regulators: Public Attitudes on Banks, Financial Regulation, Consumer Finance, and the Federal Reserve” (Survey Report), Cato’s Emily Ekins unpacks the findings from the Cato Institute 2017 Financial Regulation Survey. While 48 percent of Americans have “hardly any confidence” in Wall Street, the exact same percentage has just as little confidence in government financial regulators. A full 74 percent of Americans believe that regulations often fail to have their intended effect.

PROTECTIONISM’S FAILURES
While American economic nationalism seems to be on the rise, in “Doomed to Repeat It: The Long History of America’s Protectionist Failures” (Policy Analysis no. 819), Cato adjunct scholar Scott Lincicome demonstrates that past protectionist and nationalist policies have always had politically and economically disastrous results. Lincicome surveys academic literature on protectionist experiments from the founding of the country up to the present day, and concludes that the evidence against protectionism is so overwhelming that these policies should not even be up for debate.

FISCAL CONSOLIDATION: WHAT WORKS
In “The Effects of Fiscal Consolidations: Theory and Evidence” (Research Briefs in Economic Policy no. 82), Alberto Alesina, Matteo Paradisi, and Omar Barbiero of Harvard University, along with Carlo Favero and Francesco Giavazzi of Bocconi University, study the effects of three different means of deficit reduction: cuts in government purchases and investment, reductions in transfers, and increases in taxes. They find that reductions in spending and transfers have only a mild, temporary effect on output, while tax hikes caused much larger output losses and had long-lasting recessionary effects.

AN ENERGY INEFFICIENT INITIATIVE
The Regional Greenhouse Gas Initiative (RGGI), which essentially imposes a direct tax or fee on emissions, has been touted as a model for a national program. But in “A Review of the Regional Green Gas Initiative” (Working Paper no. 45), David Stevenson of the Caesar Rodney Institute finds that the program did not reduce emissions from electric power plants, had little effect on energy efficiency, and resulted in a 35 percent drop in the production of energy intensive goods.

NAFTA, NEW AND IMPROVED?
In “Renegotiating NAFTA in the Era of Trump: Keeping the Trade Liberalization in and the Protectionism Out” (Working Paper no. 46), Cato’s Simon Lester and Daniel Ikenson, along with Cato visiting scholar Inu Manak, argue that a renegotiation of the North American Free Trade Agreement (NAFTA), even if originally motivated by protectionism, presents an opportunity to modernize and expand NAFTA into a “freer” free trade agreement. They offer suggestions for fixing flaws in the old agreement, liberalizing trade, and updating the agreement for the digital age.

AN INFLATED THREAT
China’s desire to control the South China Sea is generally considered a grave threat to stability in the region and to American interests. But in “A Balanced Threat Assessment of China’s South China Sea Policy” (Policy Analysis no. 820), Benjamin Herscovitch, the deputy director of engagement at the Sea Power Centre-Australia, contends that China’s threat to the region has been greatly inflated. As the world’s largest trading nation, he argues, China always has as its best interest to ensure that trade routes in the South China Sea remain open.

IN DEFENSE OF THE IRAN DEAL
In “Preserving the Iran Nuclear Deal: Perils and Prospects” (Policy Analysis no. 818), Ariane M. Tabatabai of Georgetown University argues that the Iran deal is working, despite some shortcomings. If the United States were to pull out of the deal, she writes, this would signal to American allies and adversaries alike that the United States can’t be trusted as a negotiating partner.

THE CASE FOR MONETARY RULES
In “Monetary Policy in an Uncertain World: The Case for Rules” (Working Paper no. 47), Cato’s James A. Dorn argues that market-based rules that don’t rely on the whims of “experts” and that can evolve over time would help solve the knowledge problem of the monetary world. He then goes on to examine various monetary rules and evaluate the difficulty of implementing them. Finally, he calls for establishing a Centennial Monetary Commission to evaluate the Federal Reserve’s performance over its 100-plus years.

ARE DREAMERS PRONE TO CRIME?
Opponents of the Deferred Action for Childhood Arrivals (DACA) program, which grants legal status to young illegal immigrants who were brought to the United States as children, have argued that DACA beneficiaries, or “DREAMers,” are disproportionately committing crimes. But in “The DREAMer Incarceration Rate” (Immigration Research and Policy Brief no. 3), Cato’s Alex Nowrasteh and Michelangelo Landgrave of the University of California, Riverside, conduct the first study of DREAMer incarceration rates and find that DREAMers are actually incarcerated at significantly lower rates than native-born Americans of the same age and education level.

RETHINKING VISA LOTTERIES
H-1B visas, which are awarded to highly educated foreigners in elite occupations such as science and medicine, are in huge demand, with many more applications submitted annually than can be admitted under the current cap. Currently, America solves this problem by awarding visas through a random lottery. In “An Alternative to the H1B Lottery” (Research Briefs in Economic Policy no. 84), Chad Sparber of Colgate University proposes tweaking this to a more market-based system where visas are distributed to applicants who have received the highest wage offers.