As the holidays approach, we asked our colleagues to suggest their favorite Cato book, outside their own issue area, that might make for good holiday gifts for your friends and loved ones (or for yourself!).

TREVOR BURRUS
RESEARCH FELLOW FOR THE ROBERT A. LEVY CENTER FOR CONSTITUTIONAL STUDIES

The Three Languages of Politics
by Arnold Kling

A great stocking stuffer for people of all political persuasions. In short and pithy prose, Kling describes the source of much of our current political discord. A perfect, even necessary, book for our divisive times.

Critics of state education are not a recent phenomenon. Well before Milton Friedman advocated for vouchers or Cato’s Center for Educational Freedom was founded, 18th- and 19th-century proto-libertarians and liberals were critiquing the very idea of state education. George H. Smith has been writing about and researching these thinkers for decades. Here is a fascinating collection — including many writings that have rarely been seen by modern readers — of principled and penetrating analysis about the dangers and follies of state-run education. 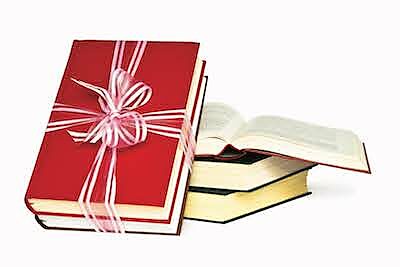 Identity Crisis: How Identification Is Overused and Misunderstood
by Jim Harper

Harper manages to make a seemingly dry topic interesting through a combination of clever writing and insightful policy recommendations.

The Beautiful Tree
by James Tooley

Terrific storytelling from a range of interesting places. Tooley offers up relevant policy recommendations with a light touch by reminding readers that even the world’s poorest parents want the best education for their children — and are willing to pay.

Beyond Liberal and Conservative
by William S. Maddox and Stuart A. Lilie

The book that introduced me to libertarianism, and the Cato Institute. Still relevant today given the continued confusion over ideological labels, and the unsettled state of both major political parties.

Mad about Trade
by Dan Griswold

In this era when both the American political right and left are attacking foreign trade, Dan Griswold’s Mad about Trade reminds us that voluntary trade, whether foreign or domestic, makes both trading partners better off. He carefully takes readers through the reasoning and data showing trade’s importance, and he reveals the flaws in antitrade arguments.

A concise, user-friendly guide to public choice theory. I’ve sent it to policy adversaries to try to help them quickly understand why the government solutions they advocate, due to the nature of government itself, almost certainly won’t do what they want.

This book, more than any other, explains just how far America has strayed from the ideals under which it was created and how much damage that has done to individual freedom and the nation as a whole. As Mr. Dooley said, “no matther whether th’ constitution follows th’ flag or not, th’ supreme coort follows th’ iliction returns,” so the lesson of this book is we will have to change the way people view the importance of freedom before the Supreme Court will change the way the law views the Constitution.

This book helps liberty-minded people examine their beliefs and understand why they think the way that they do. Reflecting on the “why” makes for a better understanding of the individual, the world, and libertarianism.

The Financial Crisis and the Free Market Cure
by John Allison

This book provides a window into the world of finance and banking during the financial crisis. Allison’s experience as the CEO of a major bank at the time of the crisis makes the book a compelling read.

If ever you wanted to see how invaluable the Cato Institute’s position as a top think tank in Washington, D.C., can be, this book demonstrates it. Not only was the Supreme Court’s decision in District of Columbia v. Heller grounded in the very ideas Cato has long advanced on the Second Amendment, but our own colleagues, including Cato’s Chairman Bob Levy, helped drive it to fruition. It was a tremendous victory for Cato and for the Constitution.

Chasing Ghosts is the best book on terrorism and our government’s response to it. Mueller and Stewart document wasteful counterterrorism spending and how it produces very little security with a mix of logical cost-benefit analysis, near-unbelievable tales of government incompetence, and a liberal use of anecdotes, many of which had me laughing out loud. Their book pulls off a rare feat: an informative work of social science that is marvelously entertaining.

Two early Cato books, quite different from each other, still make timely reading on the topic of sex and law in the workplace. You Can’t Say That! The Growing Threat to Civil Liberties from Antidiscrimination Laws by David E. Bernstein, professor at George Mason/Scalia Law, remains a definitive discussion of how concepts like “hostile environment” can require employers to squelch workplace discussion that they would not suppress otherwise and that would clearly be protected by the First Amendment if made outside the workplace. What to Do When You Don’t Want to Call the Cops: A Non-Adversarial Approach to Sexual Harassment, by Joan Kennedy Taylor, a much-missed friend and mentor long active in Feminists for Free Expression, draws on Taylor’s deep reading in psychology and her commitment to peaceful persuasion and dispute resolution. She offers strategies for getting that guy at work to knock off his inappropriate behavior in ways that don’t destroy careers or drag the parties toward the coercive miseries of litigation.