The ideas of the Austrian school of economics have long informed the principles of the broader libertarian movement. Since its origin in the work of economist Carl Menger in the 1870s, Austrian economics has revolutionized the study of economics and perhaps achieved its greatest recognition when F. A. Hayek received the Nobel Prize. At the same time, the relationship between the Austrian and other schools of economic thought has sometimes been strained.

For noneconomists, these concepts and the history behind them can often be difficult to tackle. That’s the purpose of a new book in Libertarianism.org’s series of guides, Austrian Economics: An Introduction by Steven Horwitz, distinguished professor of free enterprise at Ball State University. In plain language intended for interested laymen, Horwitz outlines the history of Austrian ideas from Menger and the “marginal revolution” of the 1870s to the recent revival of Austrian business cycle theory in response to the 2008 financial crisis.

As recounted by Horwitz, the Austrian school began with a simple but radical insight: “The ultimate source of value is the human mind.” The initial generation of Austrians overturned the flawed labor theory of value, which had dominated economic thinking for figures ranging from Adam Smith to Karl Marx. This subjective theory of value and the associated emphasis on marginal utility offered a solution to problems that had bedeviled economic thought, such as the water‐​diamond paradox. With the marginal revolution, economists finally had the answer to why seemingly useless diamonds are valued so much more highly than life‐​sustaining water. For economics, Horwitz explains how this was akin to the heliocentric Copernican model overturning the ancient geocentric Ptolemaic model of the solar system. 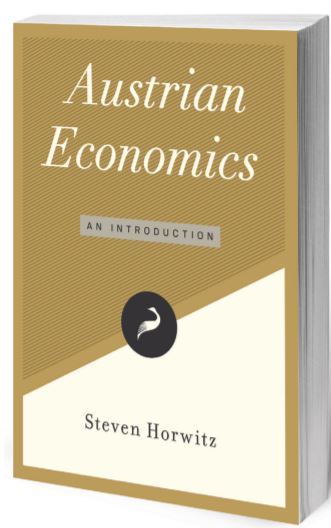 Supplanted by Keynesian ideas during the 1930s, a confluence of events brought the Austrian school back to prominence in the 1970s. Two events in 1974, specifically, helped bring the Austrians back into the conversation as Keynesian models failed to explain the combination of high unemployment and high inflation. As Horwitz explains, “First was the awarding of the Nobel Prize in Economics to Friedrich August Hayek for his work on monetary theory and macroeconomics, as well as for his contributions to understanding the informational properties of the price system. All of this work was in the Austrian tradition. Also that year, the Harvard philosopher Robert Nozick published his National Book Award–winning Anarchy, State, and Utopia, a defense of libertarian political philosophy informed by ideas from the Austrian School. Hayek’s Nobel and Nozick’s book put discussions of Austrian economics back on the agenda of scholars in a variety of disciplines, in addition to informing public debate.”

Austrian economics has continued to spark new innovations, including the heavily Austrian‐​influenced development of the public choice school and its analysis of markets and incentives in policymaking, for which economist James Buchanan received a Nobel Prize in 1986. The 2008 financial crisis and its aftermath also brought renewed attention to the Austrian business cycle theory, which explains the role of central bank interest rates in fueling booms and busts.

To accompany the book, Horwitz has also produced a series of short video lectures for Lib​er​tar​i​an​ism​.org covering key themes and concepts in Austrian Economics: An Introduction, such as how Austrians derive downward‐​sloping demand curves and the Austrian business cycle theory.

Horwitz’s accessible explanations trace the intellectual history of the rich tradition of Austrian economics in roughly chronological order, covering a century and a half as Austrian ideas have responded to major global developments and crises. Austrian Economics: An Introduction is the perfect place to start for anyone seeking to understand these ideas and their ongoing influence.

Austrian Economics: An Introduction is available at lib​er​tar​i​an​ism​.org and at booksellers and online retailers nationwide. 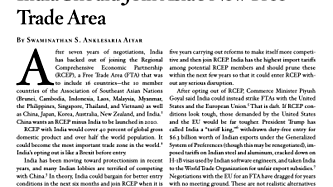