I sometimes hear criticism that libertarians are too negative. We’re always focusing on the bad stuff: out‐​of‐​control entitlement programs threatening to bury us, a regulatory state strangling economic growth, military interventions making us less safe, erosion of our civil liberties, attacks on free speech, etc., etc., etc. Some of this comes with the territory: Americans are too sanguine about increases in government power, and it’s our job to ring the alarm bells. But I believe much of the criticism is deserved. We can’t stop warning people to be wary of government, but we need to spend a lot more time sounding the mantra “Freedom. Is. Awesome!” 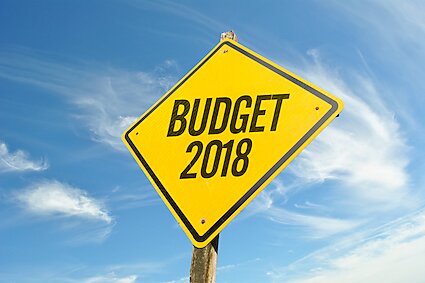 We should articulate our optimistic vision continuously. Liberty preserves the moral imperative that each individual owns his or her life, and the evidence is compelling that freedom allows humans to live more meaningful and prosperous lives. In my mind, calls for government action virtually always represent a fear of freedom. For example, that the less fortunate will suffer — rather than benefit — from a free and competitive economy, or that our security will be jeopardized unless we allow incursions on our civil liberties. But we appreciate the complexity of a modern, vibrant society, and don’t fear combining it with the highest levels of freedom. Like the Founders, we look to the future with excitement, eager to discover the great things free women and men will create and discover in the years ahead.

So we, indeed, should focus better on the tremendous upsides of liberty. But that doesn’t mean we can ever abdicate our responsibility to keep warning of key threats to this future, especially when the political system doesn’t seem to care. Could there be a better example than out‐​of‐​control federal spending — particularly in light of the recent bipartisan spending blowout? The ability to deficit spend with impunity — so far — has caused both political parties to throw caution to the wind and up the ante on government profligacy. So it falls to Cato and our Sponsors to consistently beat a loud drum, despite being seen as “finger waggers” with a negative message.

The Congressional Budget Office (CBO) recently released its 10‐​year budget projections and the picture’s not pretty. The baseline forecast sees federal spending increasing in the coming decade from $4.1 trillion this year to $7 trillion in fiscal year 2028. That’s an annual average growth of 5.5 percent. Since the CBO expects inflation to be just over 2 percent annually, that represents rapid real growth in spending. Over this time period, spending on the “Big 3” entitlement programs — Medicare, Medicaid, and Social Security — nearly doubles in nominal terms, from $2.1 trillion to $4.0 trillion. And the debt picture is shocking: deficits will average $1.2 trillion, or nearly 5 percent of GDP, over the decade, pushing up government debt held by the public from $16 trillion today to $29 trillion in 2028.

Unless Congress makes major reforms, these projections are optimistic in a number of ways. For example, they assume that policymakers adhere to discretionary budget caps starting in 2020, even though Congress has repeatedly lifted the caps in the past. And we know that this is only part of the picture, since the unfunded liabilities of the Big 3 are many times this amount.

The economic assumptions underlying these forecasts are benign: no recession, a sub‐​5 percent unemployment rate, interest rates getting no higher than about 4 percent, and inflation of 2.5 percent or less. And notably, budget‐​friendly elements of current law — such as expiration of individual tax cuts — are assumed to remain in place. So the CBO report feels like a best‐​case scenario.

President Trump’s initial budget proposal last year highlighted three important things. First, huge (and welcome!) cuts to discretionary spending were required to fund a $50 billion increase in military spending, for which we don’t see the need. But it shows how little flexibility exists as growth in entitlements crowds out the rest of the budget. Second, by putting entitlements off the table, both the administration and Congress punted on the most important part of the spending problem. And third, there exists no spending discipline in either party. The narrative that Republicans were “trapped” by Democrats to exchange higher domestic spending for more dollars for the military lets everyone off the hook too easily. As Chris Edwards has pointed out, there was little to no Republican support for the administration’s proposed cuts — but lots of support for more spending most everywhere else.

There’s indeed no better marketing strategy for our point of view than putting more attention on the lives of meaning and abundance all people can attain in a free and open society. For this is the bright future that’s ours if we follow the vision of the Founders, and it’s the legacy we wish to leave future generations. But we can’t stop emphasizing the immoral risk to which the freedom and prosperity of these generations is exposed by ever‐​increasing levels of government spending. This will always be a cornerstone of our work: we will never silence Cato’s shouts of “Stop!”