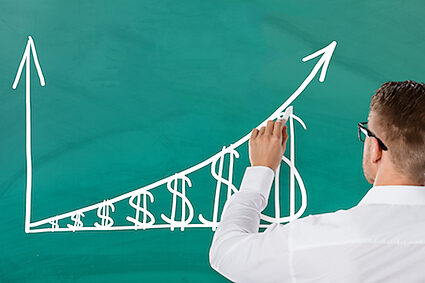 Public school teachers across the country have gone on strike recently, demanding higher pay. But in “Double for Nothing? Experimental Evidence on an Unconditional Teacher Salary Increase in Indonesia” (Research Briefs in Economic Policy no. 105), Joppe de Ree and Halsey Rogers of the World Bank; Karthik Muralidharan of the University of California, San Diego; and Menno Pradhan of the University of Amsterdam study what happened when Indonesia doubled the base pay of teachers. They find that despite significant improvement in teacher satisfaction, the policy did not improve teachers’ efforts or student outcomes.

NORDIC GENDER EQUALITY
Nordic countries are world leaders in gender equality, and many argue that these countries’ generous welfare policies and gender quotas are the reason why. But in “The Nordic Glass Ceiling” (Policy Analysis no. 835), Nima Sanandaji of the European Centre for Entrepreneurship and Policy Reform argues that, in fact, gender quotas have been ineffective, and Nordic countries’ social policies have negatively affected women’s careers. He contends that Nordic gender equality predates modern welfare policies by several centuries and is the result of traditional Nordic culture.

THE DANGEROUS FED POLICY YOU’VE NEVER HEARD OF
In “FLOORED! How a Misguided Fed Experiment Deepened and Prolonged the Great Recession” (Working Paper no. 50), Cato’s George Selgin tackles a little-noticed policy at the Federal Reserve that has had grave impacts on the economy. After the financial crisis, the Fed began paying interest on depository institutions’ balances. This in turn led to their adopting a “floor”- type operating system, meaning one in which changes in the rate of interest paid on excess reserves, rather than open-market operations, became the Fed’s chief instrument of monetary control. Selgin warns that, while this has attracted less attention than other Fed policies, it has “also had more profound and enduring consequences than many of them.”

THE TRUE RISKS OF ARMS SALES
In “Risky Business: The Role of Arms Sales in U.S. Foreign Policy” (Policy Analysis no. 836), Cato’s A. Trevor Thrall and Caroline Dorminey conduct a thorough risk assessment of U.S. arms policy, demonstrating that it is much more dangerous than generally admitted, with the U.S. routinely selling weapons to countries that are embroiled in questionable conflicts, and that risk entangling the United States in unwanted conflicts.

THE PRICE OF UNIONIZATION
Labor unions not only protect workers’ jobs and wages — they also provide special treatment to members in bankruptcy court. In “Bankruptcy and the Cost of Organized Labor: Evidence from Union Elections” (Research Briefs in Economic Policy no. 103), Murillo Campello of Cornell University, Janet Gao of Indiana University, Jiaping Qiu of McMaster University, and Yue Zhang of the Université Catholique de Louvain find that worker unionization negatively affects the wealth of senior, unsecured creditors.

REFUGEES AND INSTITUTIONS
In “How Mass Immigration Affects Countries with Weak Economic Institutions: A Natural Experiment in Jordan” (Working Paper no. 51), Cato’s Alex Nowrasteh and Andrew Forrester, along with Cole Blondin of Middlebury College, study what happened after Saddam Hussein’s 1990 invasion of Kuwait forced 300,000 refugees into Jordan. Under Jordanian law, these refugees could immediately work and even vote. Not only did this large influx of refugees not harm Jordan’s institutions, their economic institutions substantially improved in the following decade.

KEEPING THE DOCTOR AWAY
Increased access to primary care is touted as essential, the theory being that expensive health crises could be avoided if low-income patients went to the doctor regularly. In “The Effect of Primary Care Visits on Health Care Utilization: Findings from a Randomized Controlled Trial” (Research Briefs in Economic Policy no. 104), Cathy J. Bradley of the University of Colorado-Denver, David Neumark of the University of California at Irvine, and Lauryn Saxe Walker of Virginia Commonwealth University study a randomized controlled trial offering cash to uninsured patients to attend primary care visits. Despite patients’ increased use of primary care, they find no overall reductions in their health care spending.

LICENSING AND MIGRATION
In “Is Occupational Licensing a Barrier to Interstate Migration?” (Research Briefs in Economic Policy no. 106) Janna E. Johnson and Morris M. Kleiner of the University of Minnesota find that occupations with state-specific licensing requirements experience large reductions in interstate migration, which both restricts workers’ earnings — since they often can’t change jobs — and reduces the efficiency of the labor market.

HOW TORTS AFFECT INNOVATION
In “Tort Reform and Innovation” (Research Briefs in Economic Policy no. 99), Alberto Galasso of the University of Toronto and Hong Luo of Harvard University make the case that changes in the tort system can have a “chilling effect” on innovation. They find that patenting in medical instruments is reduced by roughly 14 percent in the presence of caps on noneconomic damages, for example.

DO CHILD LABOR LAWS WORK?
In “Perverse Consequences of Well-Intentioned Regulation: Evidence from India’s Child Labor Ban” (Research Briefs in Economic Policy no. 100), Prashant Bharadwaj of the University of California, San Diego; Leah K. Lakdawala of Michigan State University; and Nicholas Li of the University of Toronto examine the effects of India’s 1986 ban on child labor. They find evidence that in fact, the ban increased child labor overall, since a fall in child wages forced the poorest families to have their children work even more.

THE PRICE OF REVERSING DACA
How would rescinding the Deferred Action for Childhood Arrivals (DACA) program impact the economy? In “A New Estimate of the Cost of Reversing DACA” (Working Paper no. 49), Logan Albright of Free the People, Cato Visiting Fellow Ike Brannon, and M. Kevin McGee of the University of Wisconsin-Oshkosh find that reversing DACA would cost the U.S. economy $351 billion from 2019 to 2028 in lost income and $92.9 billion in tax revenue.

PUBLIC OPINION AND TERRORISM
Since 9/11, the United States has spent an extraordinary amount of time and money ramping up domestic security. Yet the percentage of Americans who say they feel confident that the government could protect them from a terrorist attack has actually declined since 9/11. In “Public Opinion and Counterterrorism Policy” (White Paper), Cato’s John Mueller and Mark G. Stewart of the University of Newcastle examine the curious facts surrounding public opinion on terrorism and its policy implications.

INEFFICIENT ENERGY EFFICIENCY PROGRAMS
Do expensive government programs to promote energy efficiency benefit the environment? In “Consumers’ Response to State Energy Efficient Appliance Rebate Programs” (Research Briefs in Economic Policy no. 101), Sébastien Houde of the University of Maryland and Joseph E. Aldy of Harvard University evaluate the effects of the State Energy Efficient Appliance Rebate Program. They find that about 70 percent of consumers who claimed a rebate would have bought an approved appliance regardless of the rebates, and 90 percent of them did not contribute to an improvement in energy efficiency.

ON ABUSE-DETERRENT OPIOIDS
Many policymakers have promoted abuse-deterrent formulations (ADFs) that make opioids more difficult to abuse. But in “Abuse-Deterrent Opioids and the Law of Unintended Consequences” (Policy Analysis no. 832), surgeon and Cato senior fellow Jeffrey Singer demonstrates that these tamper-resistant formulas can have grave unintended consequences. And despite the introduction of ADF opioids in 2010, opioid overdose death rates have continued to rise.

ARE IMMIGRANTS CRIME-PRONE?
In “Criminal Immigrants in Texas: Illegal Immigrant Conviction and Arrest Rates for Homicide, Sexual Assault, Larceny, and Other Crimes” (Immigration Research and Policy Brief no. 4), Cato’s Alex Nowrasteh uses Texas Department of Public Safety data to measure the conviction and arrest rates of illegal immigrants by crime. He finds that in 2015, the criminal conviction and arrest rates for immigrants — including the rates for illegal immigrants — were well below those of native-born Americans.

TESLA VS. MICHIGAN
In 2014, Michigan amended its statutes specifically to exclude Tesla from its auto dealer market. Tesla has since sued Michigan over the amendment. In “Tesla Takes On Michigan” (Policy Analysis no. 834), attorney Will Zerhouni examines this as a case study on state interference with the market on the behalf of more established companies, and evaluates Tesla’s legal arguments and prospects for success.

MEASURING INEQUALITY
Most research that claims to find rising inequality in the United States relies solely on income data — but income does not tell the whole story of economic well-being. In “Consumption and Income Inequality in the United States since the 1960s” (Research Briefs in Economic Policy no. 102), Bruce Meyer of the University of Chicago and James Sullivan of the University of Notre Dame posit that the consumption patterns of families are a better indicator of economic well-being, and find only a modest rise in consumption inequality over the past five decades.