Raisa Burykina, an 85‐​year‐​old pensioner whose father was killed in the battle, said she was pleased to have seen Mr. Putin at the concert. 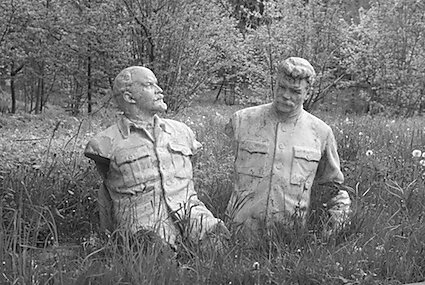 “Prices went down under Stalin; now they are going up,” said Ms. Burykina, who had a clutch of Soviet orders pinned to her red sweater.
— Wall Street Journal, February 7, 2018

BOOTLEGGERS AND BAPTISTS
“The president’s budget proposes to replace in significant part the very successful current system of having SNAP recipients use EBT cards to purchase food,”… Jim Weill, president of the Food Research and Action Center, said in a statement.

The proposal is also likely to enrage food retailers — particularly Walmart, Target and Aldi — which stand to lose billions if food‐​stamp benefits are cut, analysts say. On Monday, the Food Marketing Institute, a trade association for grocery stores, condemned the Harvest Box proposal as expensive, inefficient and unlikely to generate any long‐​term savings.
— Washington Post, February 13, 2018

HOW TO GET A HOUSE UNDER SOCIALISM
Sexual assault and harassment are rife across all sectors of North Korea’s misogynistic society, according to a new report. …

Many reported that men in positions of authority used their power to take advantage of women.

One woman described going to the mayor’s office to be allocated a house. “I was 32 years old and I must have looked attractive in his eyes. I was raped in his office and received a house in return.”
— Washington Post, March 8, 2018

NO TIME TO MAKE THE DONUTS
A French boulanger has been ordered to pay a €3,000 fine for working too hard after he failed to close his shop for one day a week last summer. …

Under local employment law, two separate regulations from 1994 and 2000 require bakers’ shops to close once a week — though exceptions can be made in specific cases.
— The Guardian, March 14, 2018

YOU MIGHT BE, ACTUALLY
I can’t be the only one concerned that an increasing amount of the orange juice Americans consume might be sourced in Brazil and Mexico rather than Florida and California.
— Andrew Furman in the Wall Street Journal, March 23, 2018

WHEN YOU PUT GOVERNMENT IN CHARGE OF SOMETHING, YOU’RE PUTTING POLITICIANS IN CHARGE
D.C. Council member Trayon White Sr. (D‐​Ward 8) posted the video to his official Facebook page at 7:21 a.m. as snow flurries were hitting the nation’s capital. …

“Man, it just started snowing out of nowhere this morning, man. Y’all better pay attention to this climate control, man, this climate manipulation,” he says. “And D.C. keep talking about, ‘We a resilient city.’ And that’s a model based off the Rothschilds controlling the climate to create natural disasters they can pay for to own the cities, man. Be careful.”
— Washington Post, March 18, 2018

SOME SAY ANTI-SEMITISM IS THE SOCIALISM OF FOOLS, BUT SOMETIMES THE SOCIALISM OF FOOLS IS JUST SOCIALISM
President Nicolás Maduro late Thursday briefly outlined his monetary rescue plan. In a country where a dozen eggs can cost 250,000 bolivars ($5) amid worsening inflation, he would chop three zeros off the currency — arguably bringing the price for those eggs down to 250.
— Washington Post, March 23, 2018

AS USUAL
Regulators say they may need more power
— Headline in the Washington Post, February 7, 2018