Cato has noted in the past that its intern program is even more competitive than Ivy League schools — in 2013, the acceptance rate to the Institute’s summer internship was just 4.9 percent. Harvard and Columbia, the most exclusive of the Ivys, accept about 6 percent of their applicants. But this year, Cato has blown the Ivy League out of the water. Applications to its summer program increased nearly 80 percent — from 760 last year to 1,360. This in turn lowered Cato’s acceptance rate to just 2.5 percent. 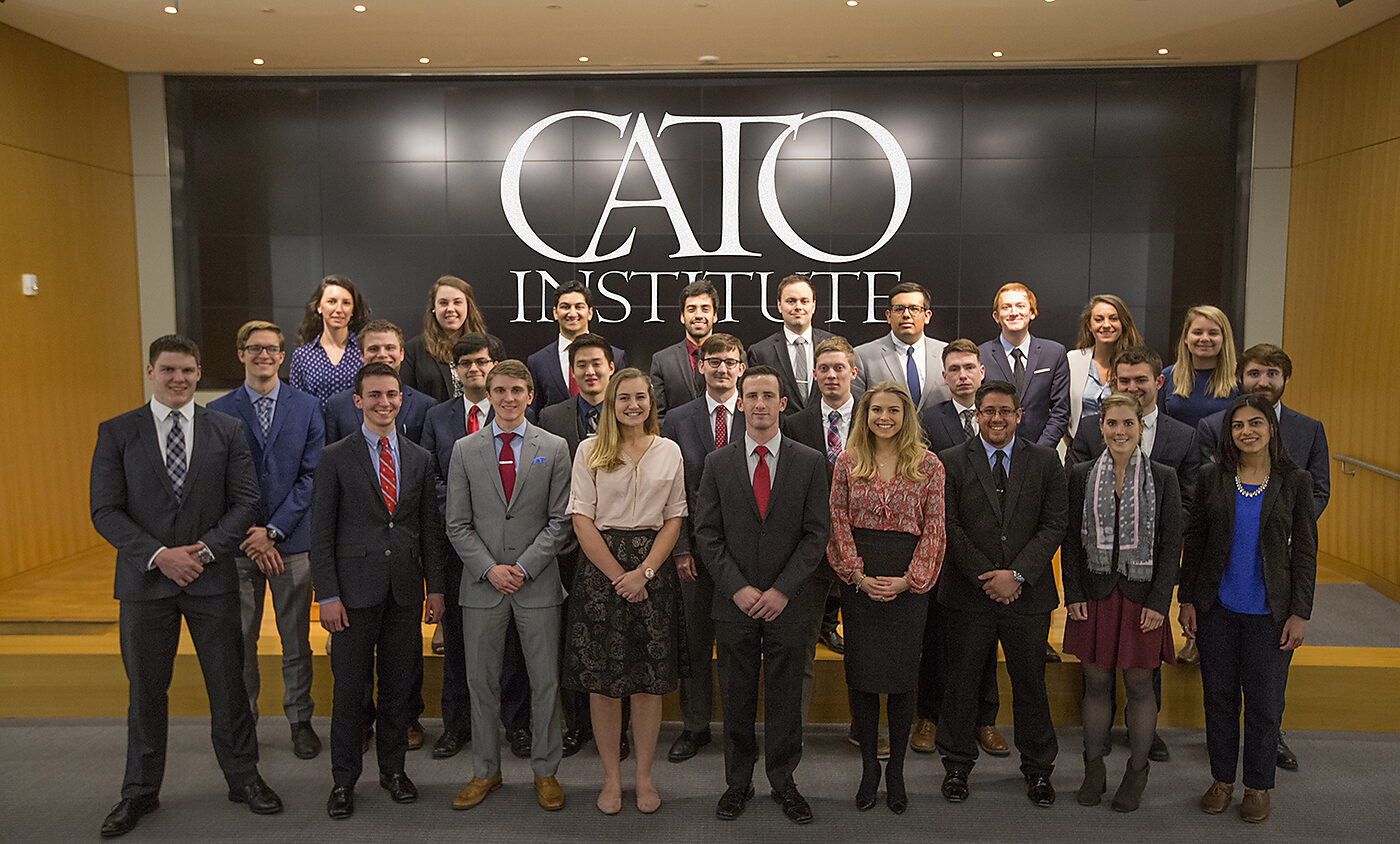 The Spring 2017 class of Cato interns poses for a photo.

Like in the Ivy League, Cato interns receive an elite education and unique opportunities. Unlike many other internships, where interns mostly fetch coffee and perform office drudgery, Cato interns conduct real research and gain scholarly experience. They are each assigned to a scholar or particular department, where they are able to immerse themselves in policy research and contribute meaningfully to Cato’s work. One intern from the most recent class cite‐​checked a legal brief that was going to be filed before the U.S. Supreme Court; another compiled a survey of statistical methods and built statistical models for his scholar to prepare for research for an upcoming paper. Another helped the foreign policy department investigate the question of whether the troop surge in Iraq was successful by compiling exhaustive data on corruption rankings, government spending on services, troop deployments to specific regions in Iraq, and other relevant statistics. In addition to policy interns, there are also interns in communications‐​oriented roles, including media relations, government affairs, and video production.

All interns attend an intensive seminar series, which covers a broad range of history, philosophy, policy, and professional development topics. Most of these in‐​depth sessions are led by Cato scholars, which gives interns an opportunity to meet and interact with scholars from all of the Institute’s policy departments, regardless of their individual placement. They receive rigorous training in public speaking and op‐​ed writing, and practice their resume‐​writing and interview skills. They also go on field trips to historical points of interest in the D.C. area, such as Monticello, Mt. Vernon, Gettysburg, and various museums.

Interns also participate in one of Cato’s most well‐​attended yearly traditions: the libertarianism vs. conservatism intern debate. Every year, two interns from the Cato Institute debate two interns from the Heritage Foundation in Cato’s Hayek Auditorium on the merits of their respective political philosophies, fielding questions from a moderator and the audience. At the end of the debate, Cato conducts a survey of attendees, asking them about their political beliefs and which side they believe won the debate. This gives interns a chance to engage with ideas they disagree with in a friendly but constructive context, gaining valuable practice in confronting ideological opponents in a respectful, professional manner.

Cato’s field of interns is always diverse — students hail from top schools both in America and from across the world. They leave with a wealth of intellectual and practical skills, and frequently go on to work in academia and policy as the next generation of libertarian thinkers, leaders, and advocates.