Cato scholars are typically involved in the details of current policy debates, trying to nudge the needle toward more freedom. Less often do they get to step back and articulate the broader vision animating their work, the principles that underscore their view of a better society. 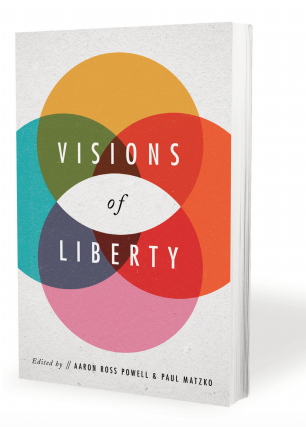 In their new book Visions of Liberty, editors Aaron Ross Powell and Paul Matzko of Cato’s Lib​er​tar​i​an​ism​.org set out to remedy that. They invited Cato scholars to explain, unbound by current political realities, how they conceive of liberty in their respective fields, ranging from education to executive power to health care to technology.

In one chapter, Cato’s director of immigration studies, Alex Nowrasteh, lays out an alternate history of how an America with fewer immigration restrictions could have thrived and prospered throughout the 20th century. Gene Healy, Cato vice president whose work has focused on the presidency, explains the benefits of a radically downsized chief executive office for the federal government. Other contributors include Michael F. Cannon on health care, Trevor Burrus on the war on drugs, Clark Neily on criminal justice, and Daniel J. Ikenson on free trade. In a pair of chapters, George Selgin and Diego Zuluaga address money and banking and the potential for cryptocurrencies, respectively.

Libertarian principles call for radical changes but also acknowledge our own imperfect ability to predict the future. As F. A. Hayek explained, the benefits of freedom are often unknowable until they are actually manifested in individual actions. But that doesn’t prevent us from having some idea of what to expect. A more limited government and a freer society would lead to greater prosperity and human flourishing in ways that are sure to surprise us.

Purchase print or ebook copies of Visions of Liberty at cato​.org/​books.