Mark Calabria, former director of financial regulation studies at the Cato Institute, was confirmed by the Senate in April to be the director of the Federal Housing Finance Agency (FHFA). Before his confirmation, Calabria had been serving as chief economist to Vice President Mike Pence, a position he left Cato to accept in 2017.

The FHFA is an independent agency that regulates Fannie Mae and Freddie Mac, the 2 government-sponsored enterprises at the center of the secondary mortgage market, and the 11 regional Federal Home Loan Banks. 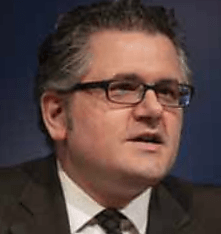 In an interview with the Wall Street Journal ("Administration Nears Plan to Return Fannie, Freddie to Private Ownership," May 30, 2019), Calabria outlined his intention to put the two agencies on a firmer financial footing before proceeding with full privatization. Calabria thinks such a plan could proceed as executive action in lieu of a congressional overhaul of the agencies, which received controversial bailouts during the 2008 financial crisis.

Fannie and Freddie function by bundling mortgages and selling the bundles to investors as mortgage-backed securities. In theory, the value they add to this process is performing due diligence on the underlying mortgages to ensure that they are fit for safe investment. In practice, however, this diligence has often been lacking. Subject to political pressure to expand homeownership, Fannie and Freddie played a central part in fueling the bubble in mortgage-backed securities that led to the 2008 crash.