When it comes to politics, are Americans simply talking past each other? Arnold Kling’s The Three Languages of Politics: Talking across the Political Divides, first released in 2013 and now published in a new and expanded edition from Lib​er​tar​i​an​ism​.org, explores how American political groups have become “like tribes speaking different languages.” Whether at the family dinner table or on cable TV, our political arguments are less about convincing our opponents than they are about signaling that we belong to the morally superior tribe. 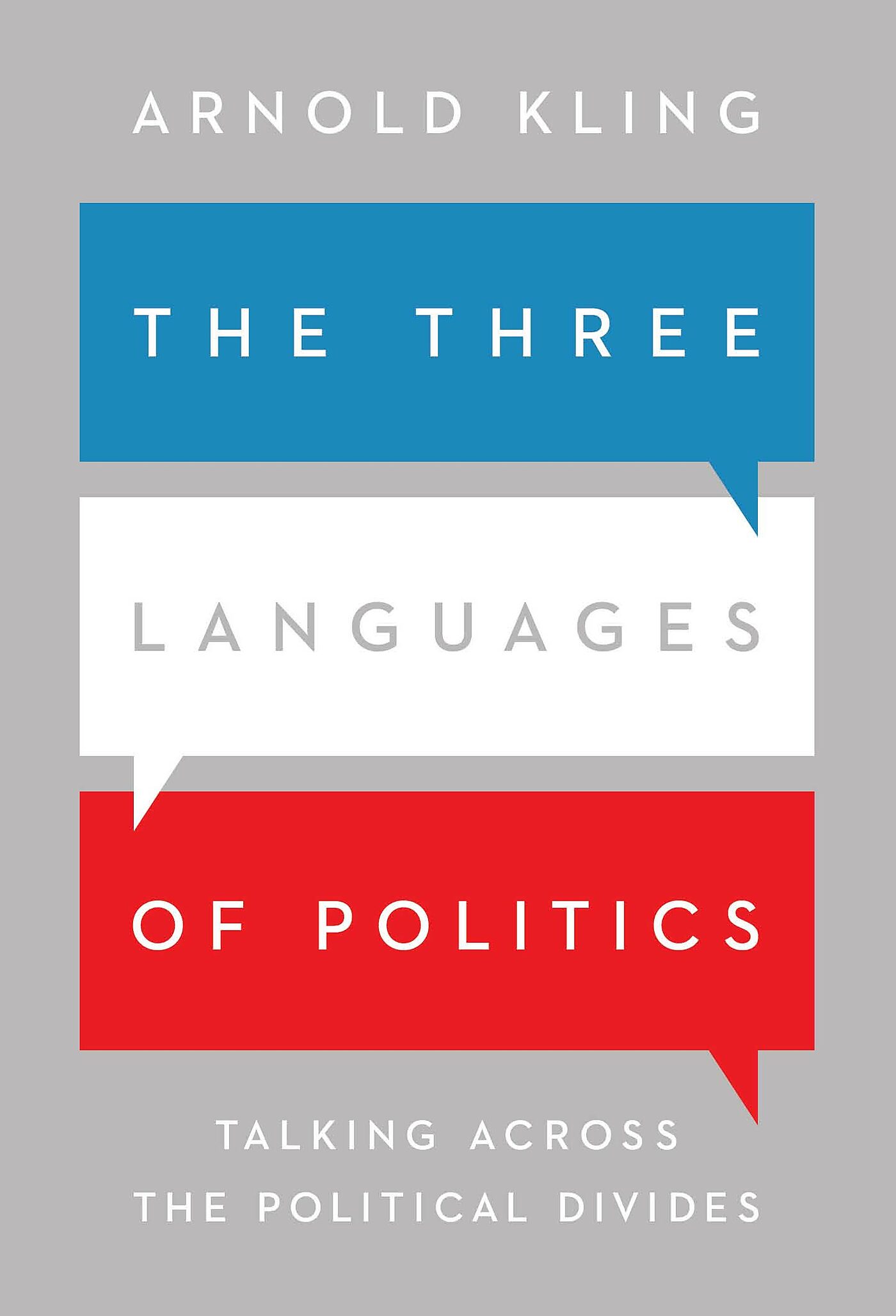 Kling divides politically aware Americans into three basic tribes — progressives, conservatives, and libertarians. Each tribe, he argues, considers itself morally superior to the rest. The trouble is, when people think in these terms, they are unlikely to engage in sincere debates and try to work together. Kling’s book helps you recognize when people — including, quite possibly, you and your “tribe” — are making these types of divisive and unconstructive arguments. This type of language, rather than communicating ideas, trains us to believe that people who agree with us are good people, while those who disagree are unreasonable, or even immoral.

Kling explains how each of the three main tribal languages frames a wide variety of issues. The progressive frames things according to “the oppressor” and “the oppressed,” while the conservative frames things as “civilization” versus “barbarism.” Libertarians, meanwhile, frame things according to “liberty” versus “coercion.” He argues that we must train ourselves to see beyond our preferred moral frames and incorporate new perspectives and ways of thinking into our communication. This not only helps us be more charitable to opponents — it can actually strengthen our arguments, as well.

Kling emphasizes that he is not advocating some kind of wishywashy centrism, or compromise on our principles — his argument is about changing the communication of ideas, not the ideas themselves. To that end, The Three Languages of Politics is a timely, concise guide to understanding why communication between different political groups fails, and how to improve it.