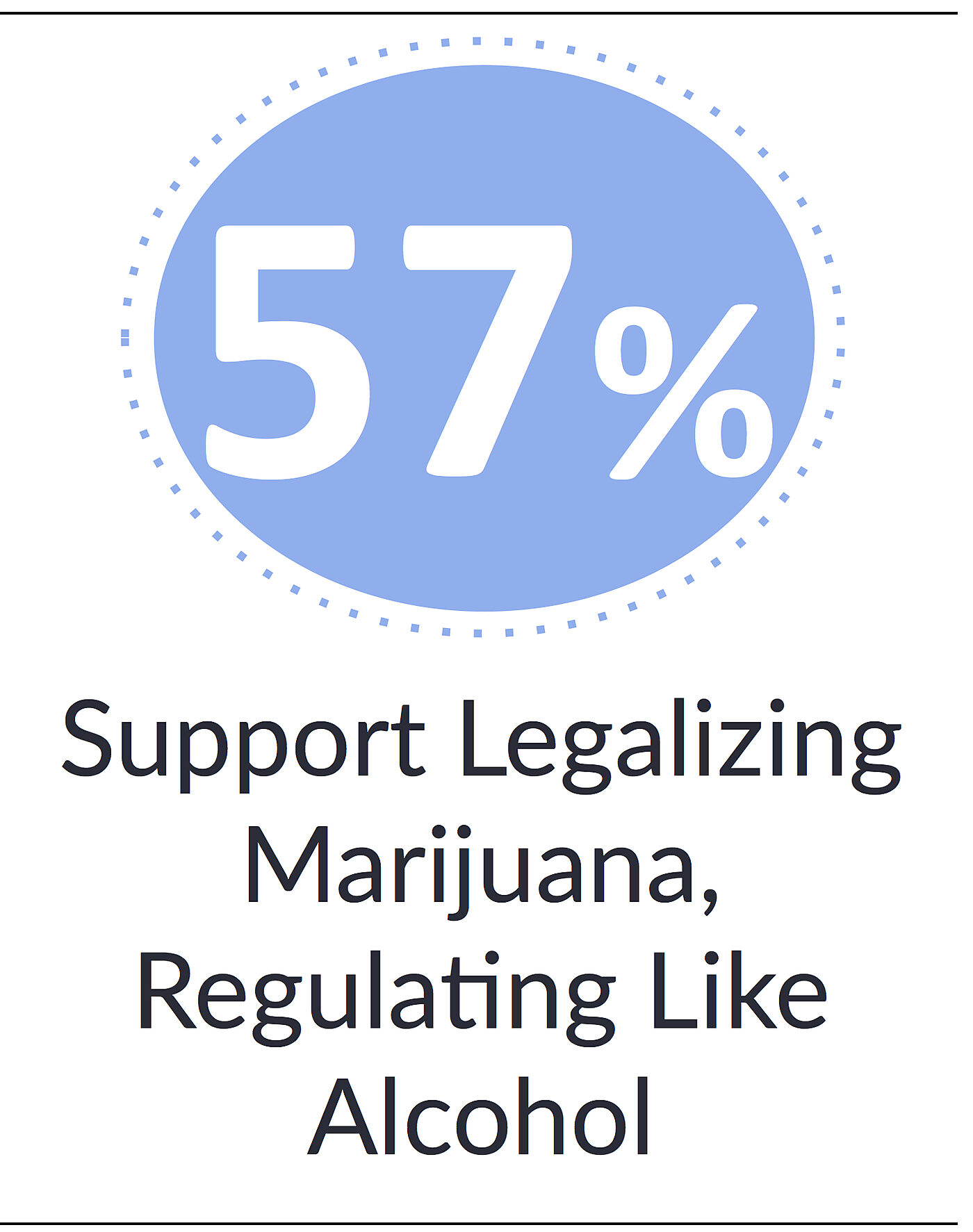 According to the Bureau of Justice Statistics, police make about 1.6 million drug arrests each year.100 Some say legalizing or decriminalizing drugs like marijuana could improve police-citizen relations by reducing the frequency and intensity of interactions.101 Such changes could also free up additional resources for police to control property and violent crime. What do Americans think?

Fifty-seven percent (57%) of Americans say they would favor legalizing marijuana and having the government regulate it like alcohol. Only 15% favor a similar policy for drugs like cocaine. 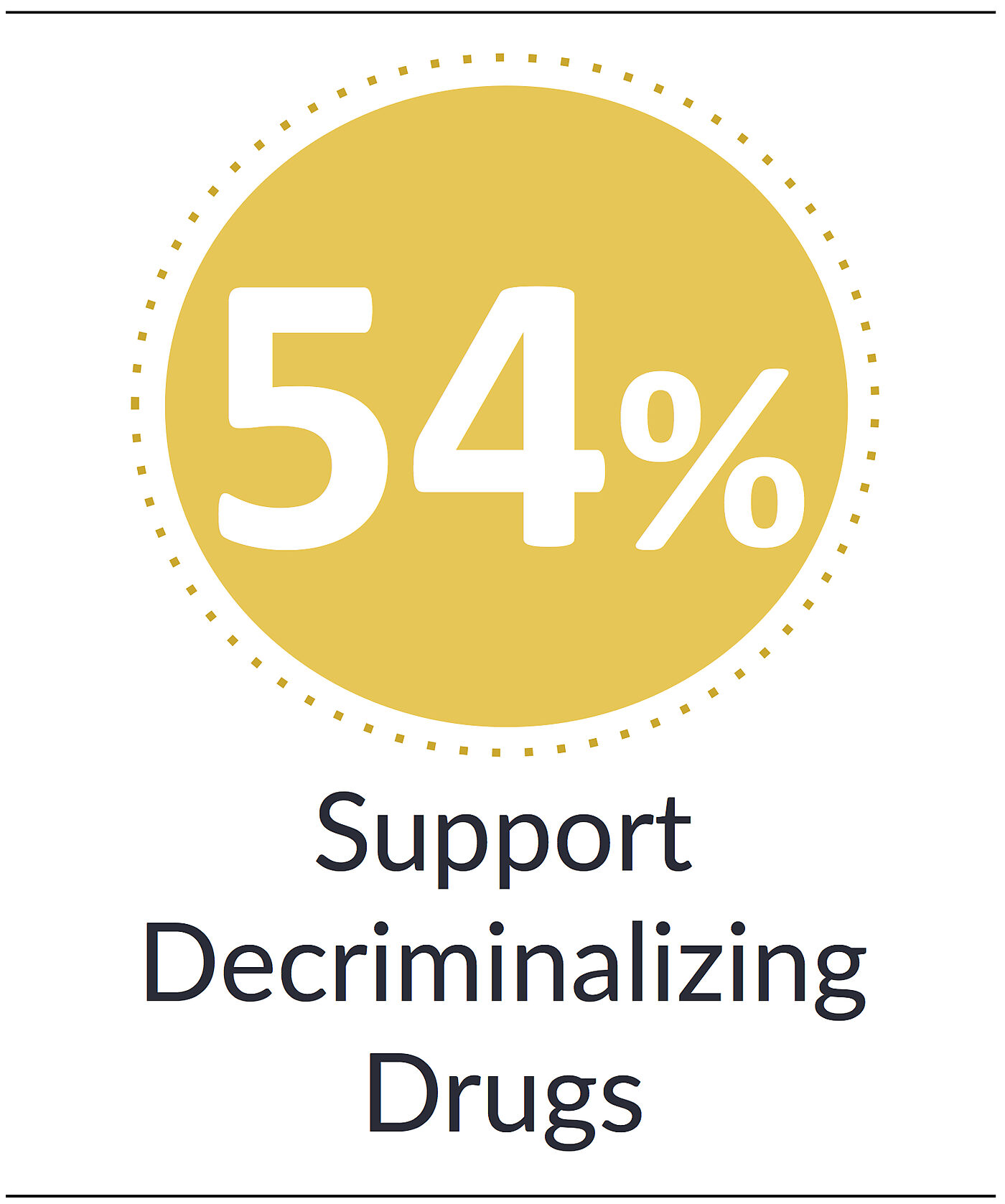 Although few Americans support across the board drug legalization, they are open to decriminalizing drugs. A majority—54%—support "re-categorizing drug offenses from felonies to civil offenses" and instead treating them "like minor traffic violations rather than crimes."

Support for legalizing marijuana enjoys similar support across most demographic groups. However, Americans over 65 are the only age cohort opposed to legalization, by a margin of 36% to 64%. Results are reversed among millennials, with 64% in favor and 36% opposed. 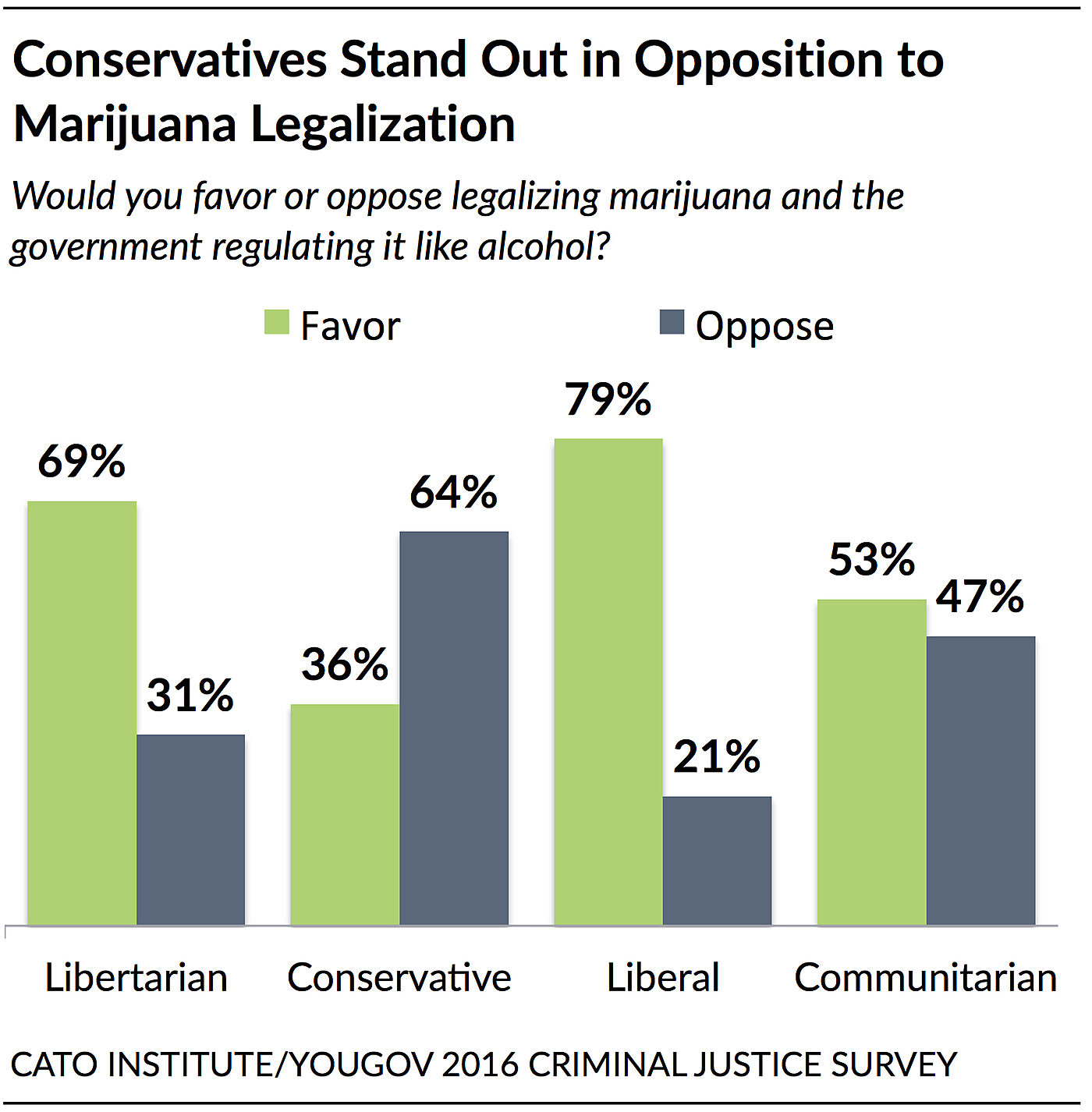 Conservatives stand out as highly opposed to marijuana legalization by a margin of 64% to 36%. Conversely, solid majorities of Liberals (79%) Libertarians (69%), and a slim majority of Communitarians (53%), favor legalizing marijuana and regulating it like alcohol.102

Similarly, most groups favor re-categorizing drug offenses from felonies to civil offenses. There are a few exceptions: a slim majority of women (52%) oppose decriminalizing drugs, while 59% of men favor. Similarly 55% of seniors oppose, but 56% of Americans under 65 favor decriminalization. Conservatives strongly oppose (64%) decriminalizing drug offenses. In contrast, Liberals (74%) and Libertarians (67%) solidly support it, while Communitarians are evenly divided (50%).

102 See Appendix A for an explanation of ideological clusters.