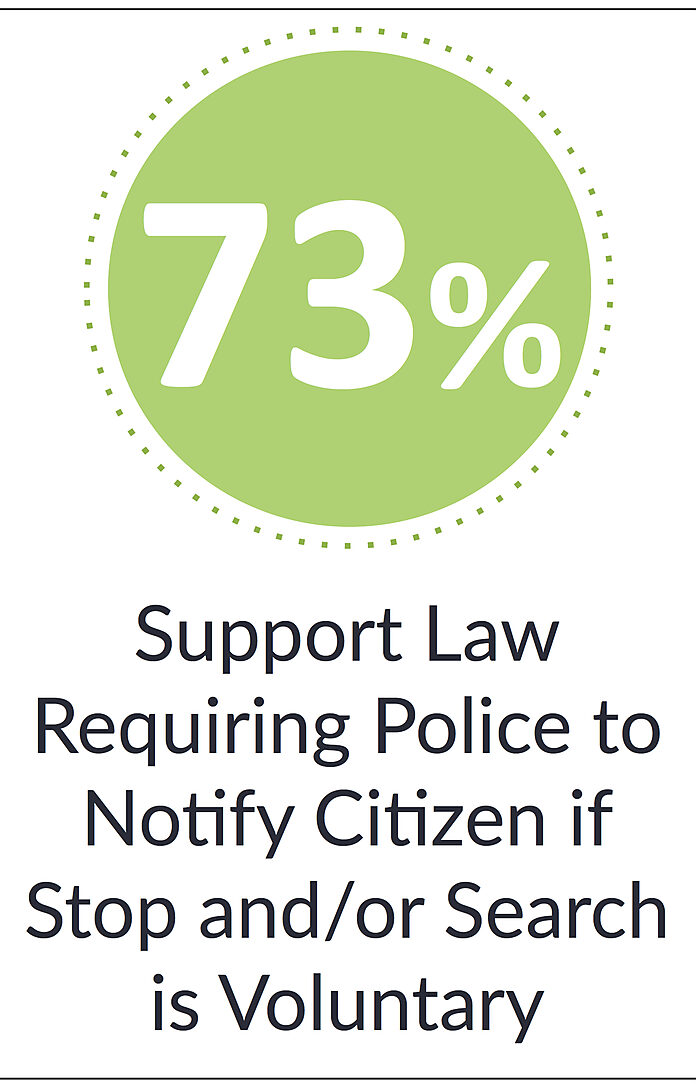 The law often requires citizens to comply with police during official police “stops” or justified searches of a person or their property. But not all interactions constitute official police stops, and citizens may refuse some searches. However, most jurisdictions do not require officers to inform citizens of their right to decline. Do Americans think police officers should be required to tell citizens when they are not being officially detained and when searches are voluntary? Yes.

This proposal enjoys strong support across partisans (Democrats (76%), independents (74%), and Republicans (67%)) and demographic groups. However, African Americans (63%) are somewhat less likely than white and Hispanic Americans (74%) to support this requirement.