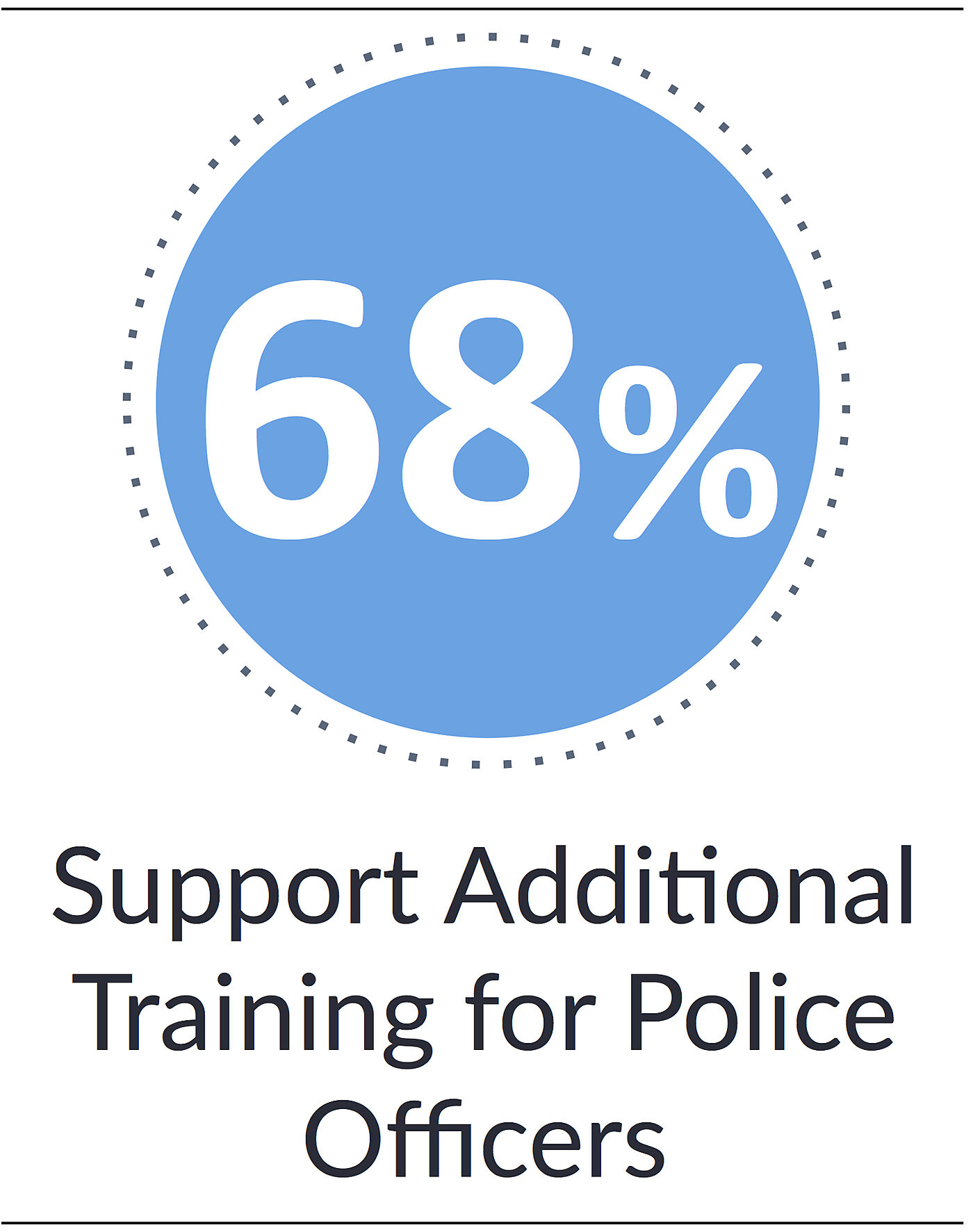 Americans believe police officers could do more to deescalate situations. More than two-thirds (68%) say that "most" police officers "need additional training on how to handle confrontations with citizens." A third (32%) think officers already have sufficient training.

A solid majority of Americans approve of de-escalation training even though most believe police officers use appropriate force and have integrity. This implies one does not need to perceive systemic problems in order to support additional training. Instead, from the perspective of the average person, additional police training sounds sensible and useful both for police officers and citizens.

Majorities across racial groups agree, although African Americans (82%) and Latinos (78%) are more likely to believe the police could benefit from further training than Caucasians (62%).

Half of Republicans (50%) believe "police officers have the appropriate training needed" already for dealing with confrontations. In contrast, an overwhelming share of Democrats (84%) as well as two-thirds (66%) of independents say police could benefit from further training. It may be that Republicans perceive calls for additional training as a criticism of police authority. Advocates might be more effective in persuading Republicans if they explain how police training improves officer safety.