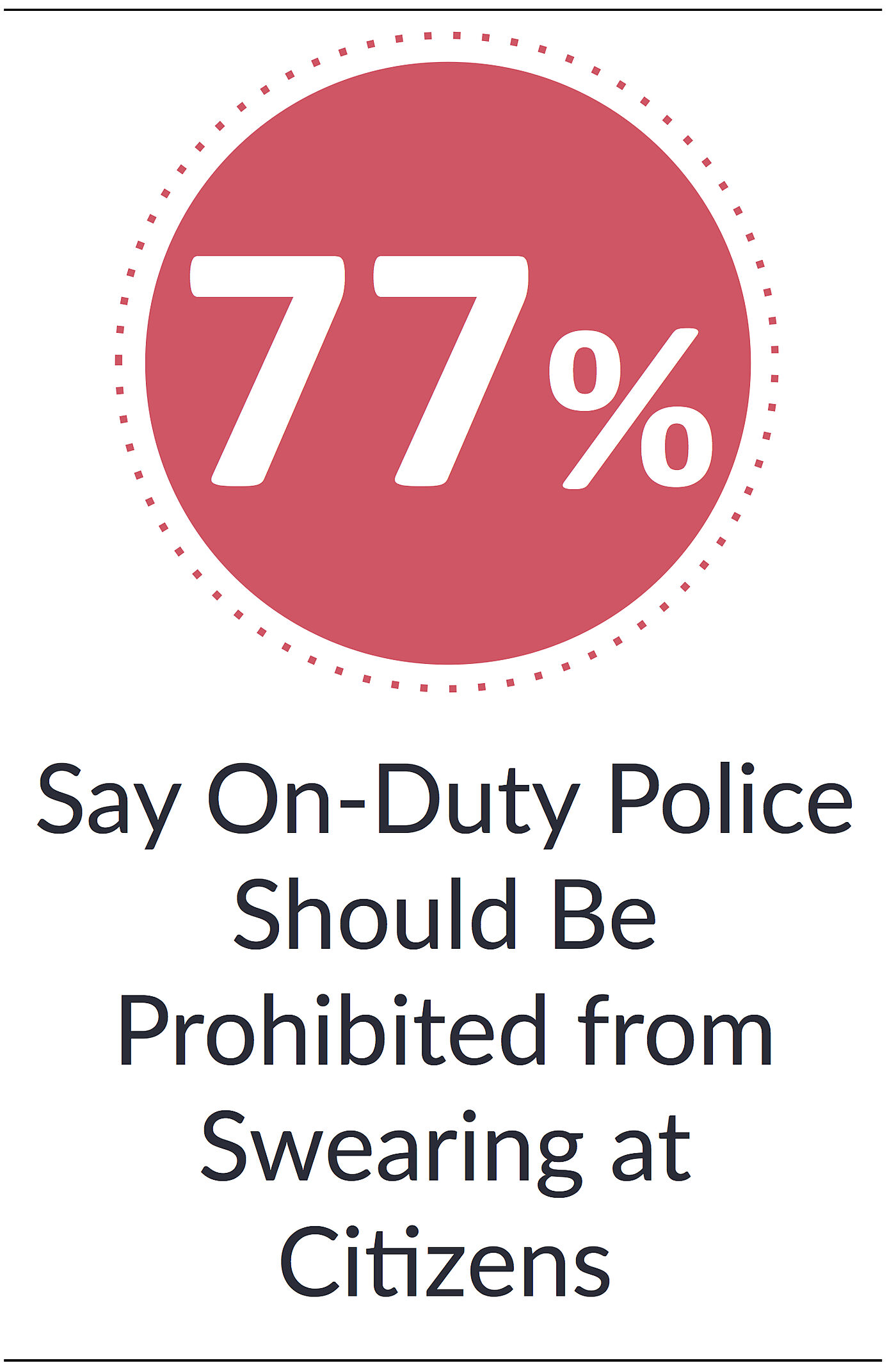 Although Americans who score high on the Respect for Authority Index (RAI) tend to favor giving police more latitude generally, they are no more likely to support allowing police profanity. This is perhaps unsurprising since those with above average respect for authority also expect authority figures to demonstrate magnanimity and fatherliness.87