Many police officers have interpreted public support for body cameras as public censure of the police.66 However, Americans who have a favorable opinion of the police are as likely as those with unfavorable views to support police body cameras.

Paying for Body Cameras Raising taxes to pay for police body cameras enjoys less support. A slim majority (51%) of Americans say they would pay higher taxes to outfit their local police department with body cameras, while 49% would not. 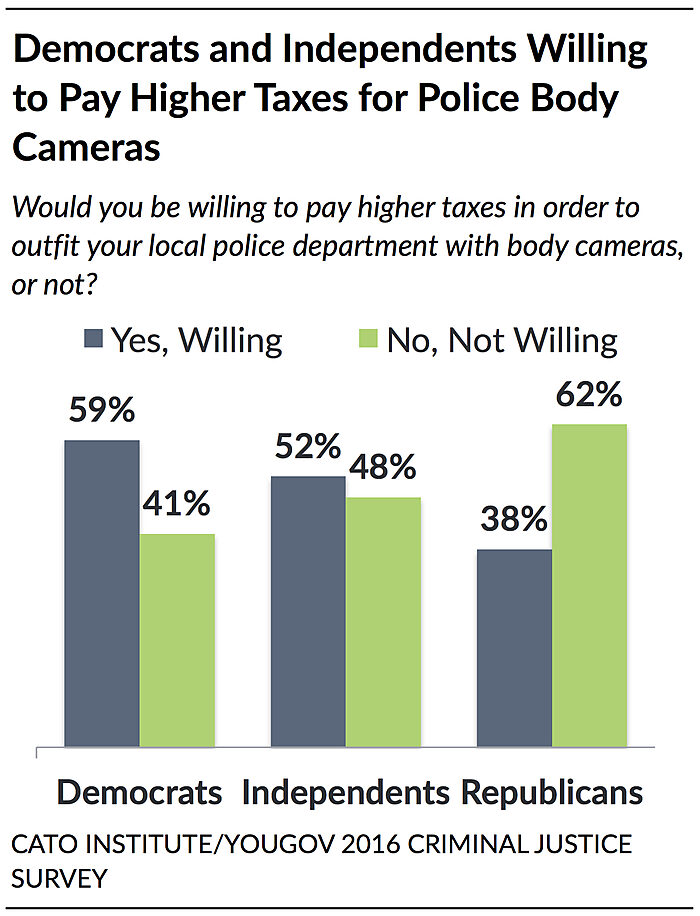 >Politics, rather than demographics, primarily drive attitudes toward tax increases for body cameras. Fifty-nine percent (59%) of Democrats and 52% of independents say they'd pay higher taxes for body cameras, while a majority (62%) of Republicans say they would not.

Access to Body Camera Footage Although most Americans agree police should wear body cameras, only a slim majority (52%) say police officers should be allowed to watch body camera footage before making their official statements about violent encounters, while 48% oppose. 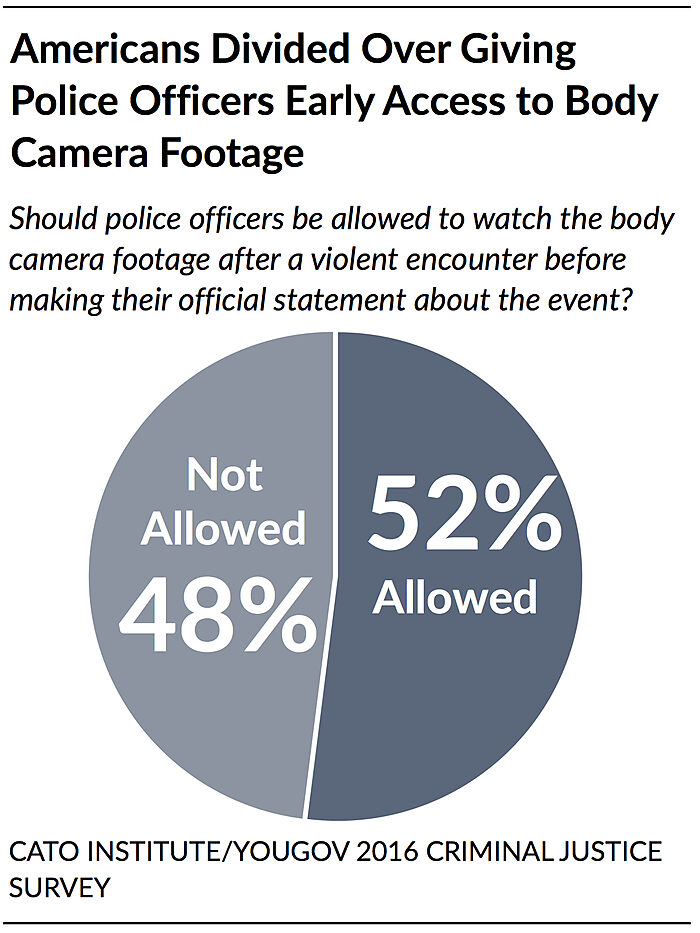 There are stark racial and political divisions as well. A majority of whites (57%), independents (52%), and Republicans (63%) say police should be allowed early access to video footage. In contrast, majorities of blacks (69%), Hispanics (56%), and Democrats (58%) oppose early access.

Confidence in the police matters here. Those with greater confidence trust officers not to use their early access to change their stories or mislead investigators. Those who lack confidence may think officers will use early access to absolve themselves from blame.