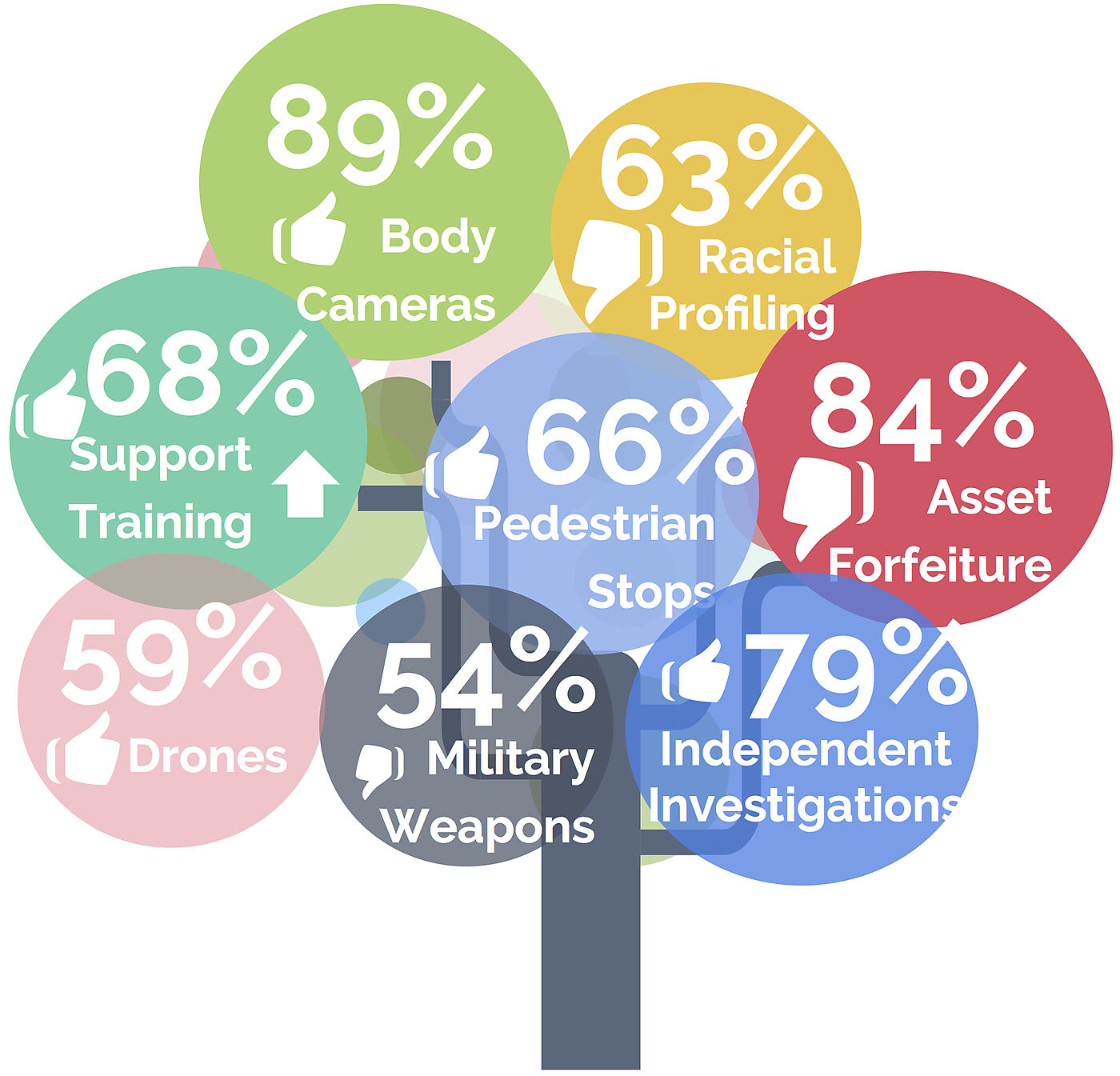 This section assesses public support for a variety of reforms including additional police training, police body cameras, civil asset forfeiture, independent investigations of police misconduct, and drug de-criminalization. This section also explores public attitudes towards a variety of possible policing practices including police use of military weapons, drones, racial profiling, police stops and searches of pedestrians, cars, houses, and telephone surveillance. It also examines the extent to which Americans believe citizens need to show greater respect for the police during their encounters, irrespective of police reform.

Although Americans disagree about how police do their jobs, majorities across racial and ethnic groups support a variety of proposed reforms intended to improve police-community relations, including:

Similarly, majorities across racial and ethnic groups oppose a variety of possible police practices including: