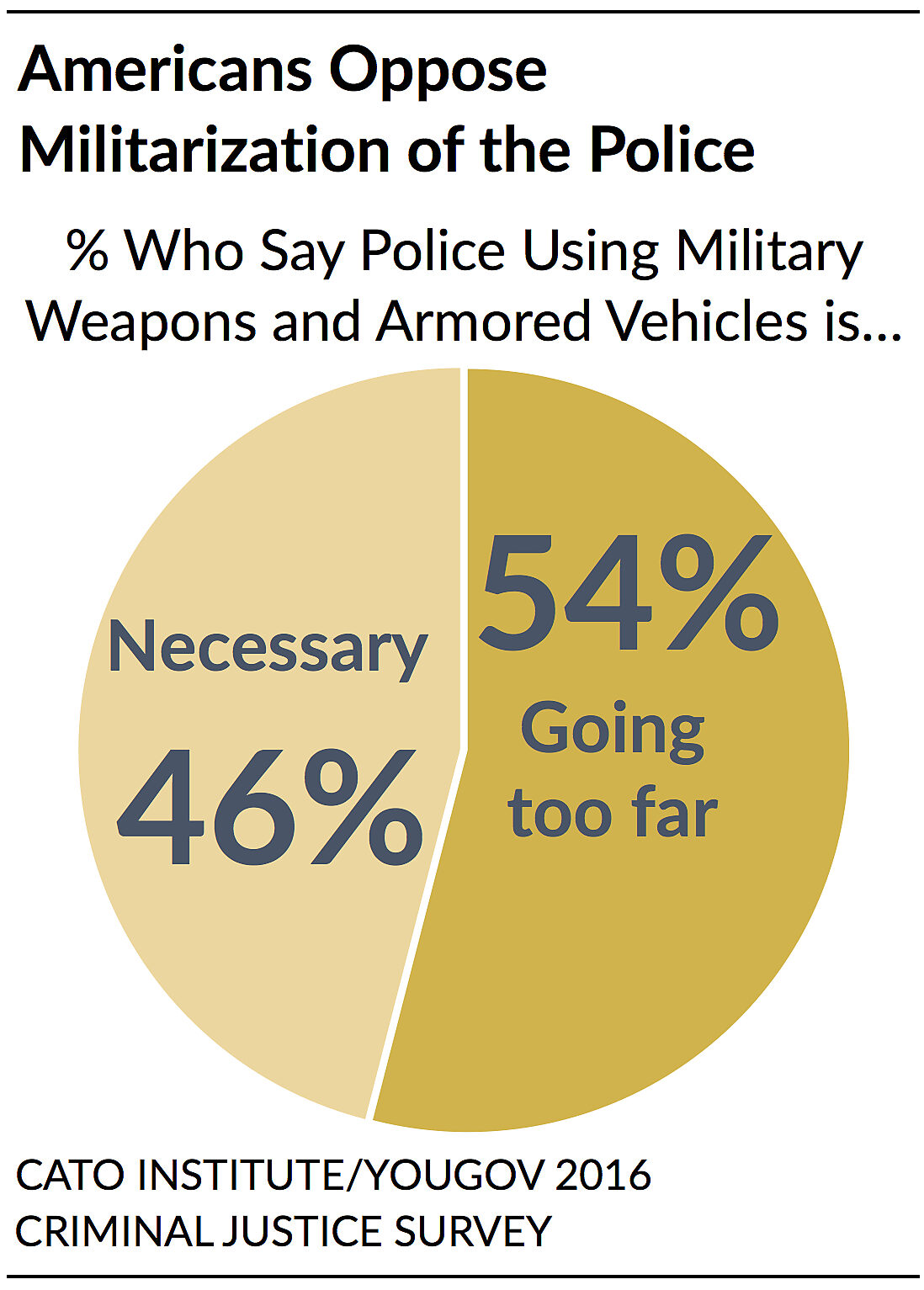 Although Americans are open to police using new technologies, they are wary of military equipment. A majority—54%—of Americans says police using military weapons and armored vehicles is "going too far" while 46% say these tools are "necessary for law enforcement purposes." 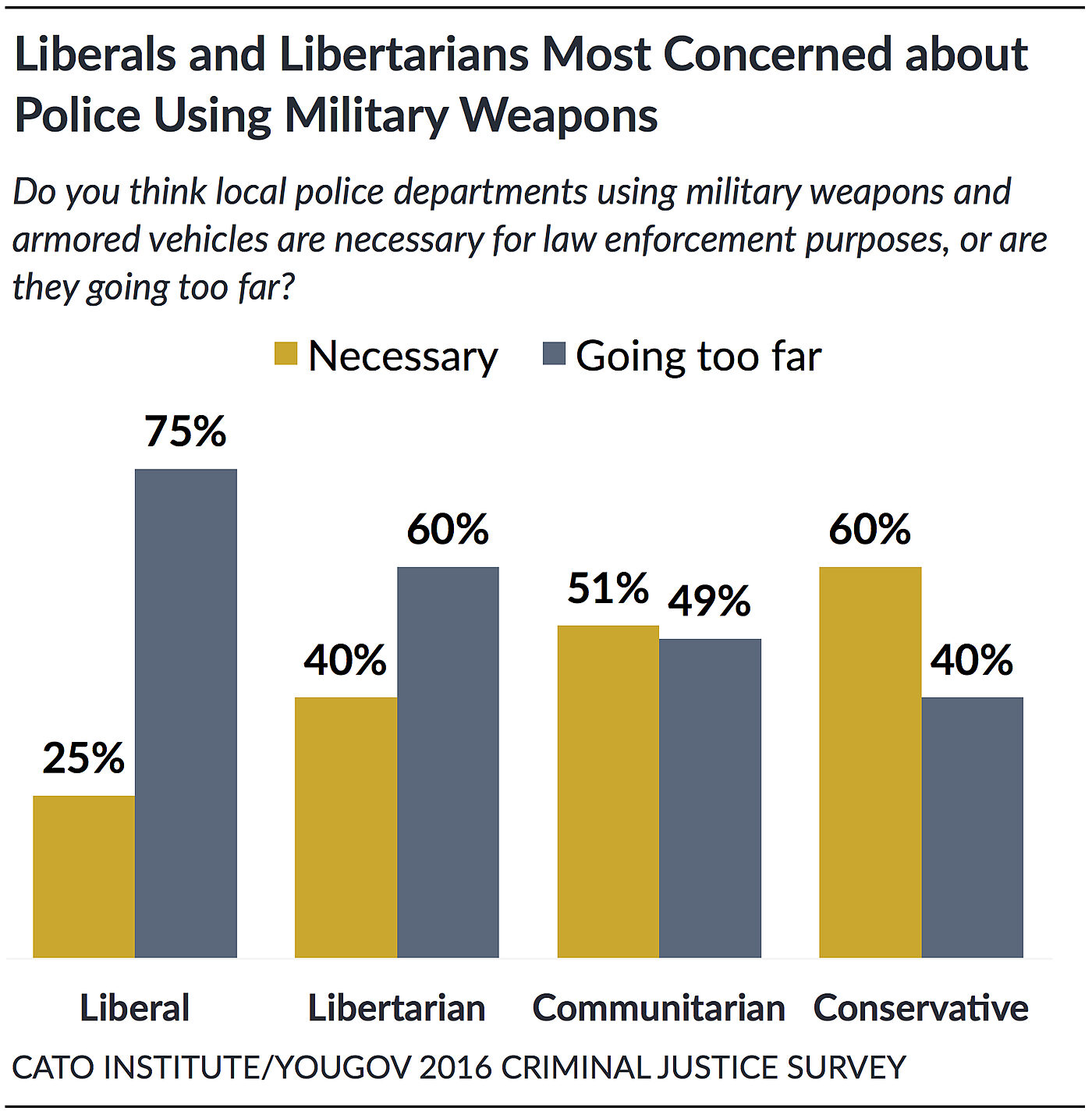 Conservatives and Republicans stand out in supporting police militarization.  A majority of Republicans (65%) support police using military weapons and armored vehicles, while majorities of Democrats (60%) and independents (60%) oppose. Among ideological groups, Conservatives (60%) and Communitarians (51%) say police militarization is necessary today, while strong majorities of Liberals (75%) and Libertarians (60%) say it goes too far.69

69 See Appendix A for an explanation of ideological clusters.