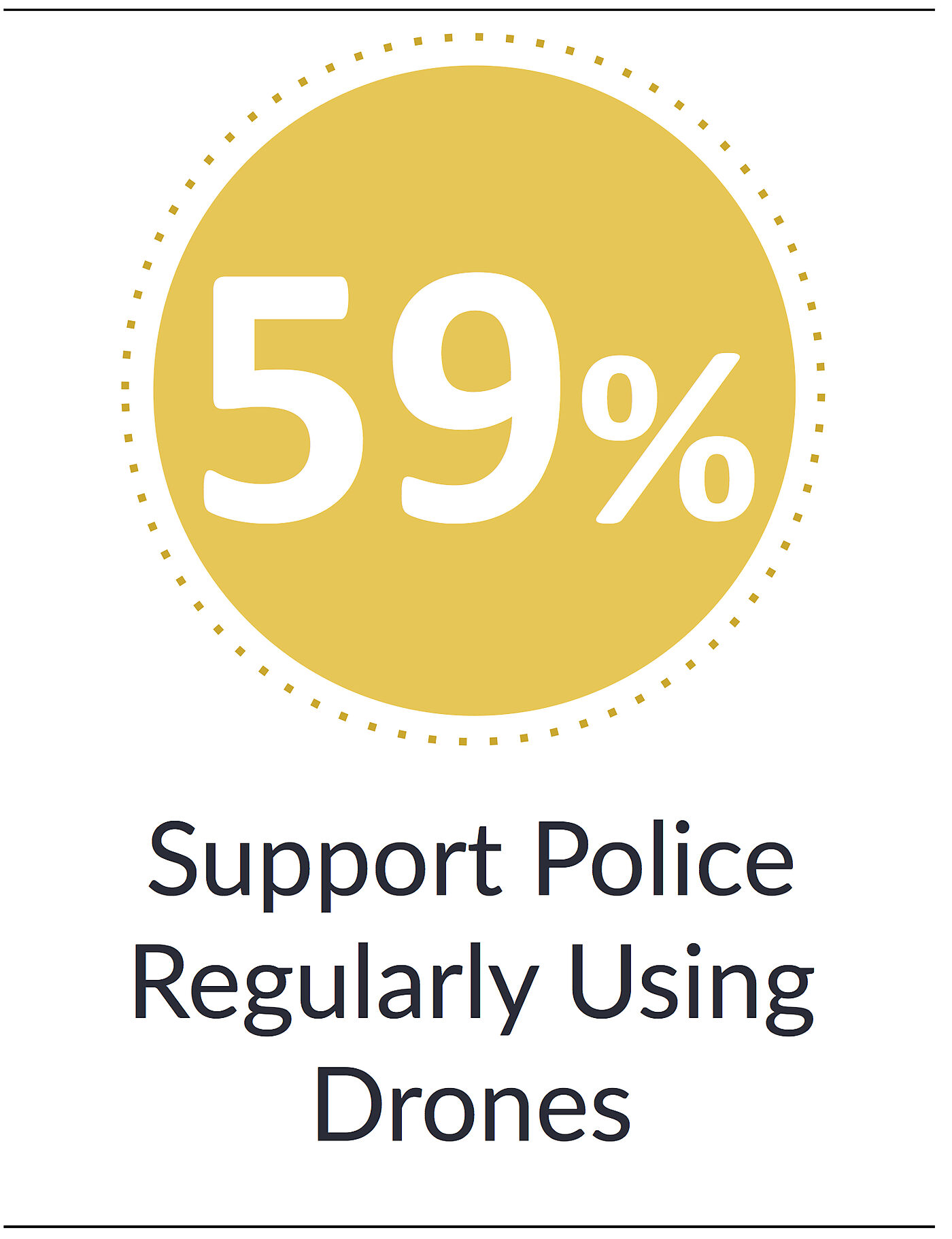 A majority (59%) of Americans support police departments "regularly" using unmanned aircraft or drones. However, support is "soft:" only 15% strongly support while 44% somewhat support using drones. About 4 in 10 (41%) oppose, including 25% who somewhat oppose and 17% who strongly oppose police drones.

Nevertheless, a majority (54%) of Americans are concerned police drones may invade their privacy. Since police drones are new, the nation has had little debate over their use. People may change their minds about them as they become more familiar with the technology and related policy issues. 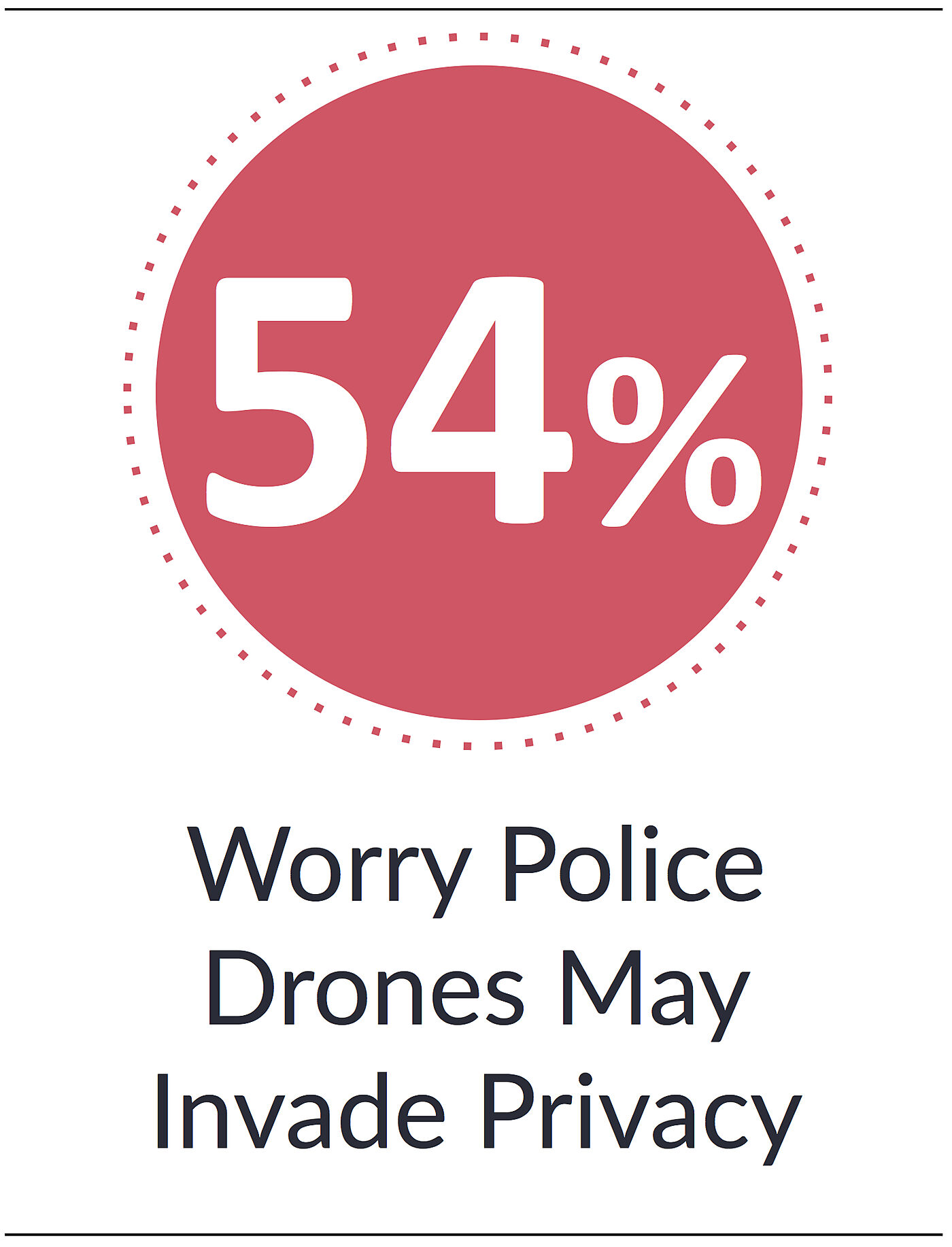 Demographic groups don't vary much in their support for police drones, although seniors (71%) are more supportive than millennials (54%). Ideology does matter. Conservatives (63%) and Communitarians (67%) are considerably more likely than Liberals and Libertarians (50%) to support police regularly using drones. 67

Respect for authority figures and general trust in the police likely increases approval of police drones. Americans who score high on the Respect for Authority Index (RAI) are 25 points more likely than those who score low to oppose police using drone technology (71% vs. 46%).68 Similarly, those favorable toward the police are 31 points more likely than those with unfavorable views to support police drones (68% vs. 37%). 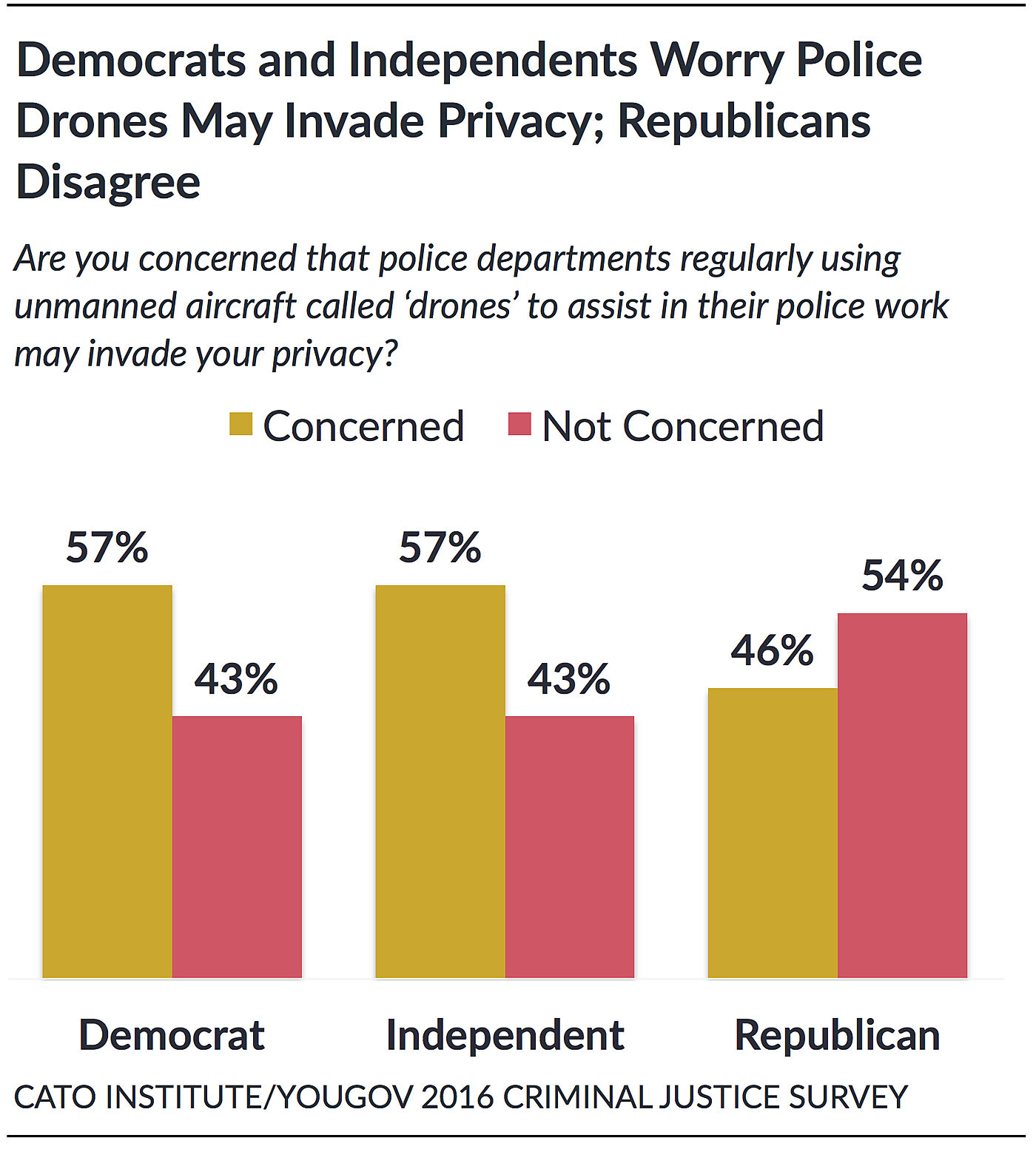 Democrats (57%), independents (57%), and tea party supporters (53%) are more wary of the risks drones present to privacy than Republicans who don't identify with the tea party (46%). Non-tea party Republicans stand out, with a majority (54%) who say they are not concerned about police drones. Libertarians (65%) are most concerned about drones invading privacy, followed by Liberals (58%), and then Communitarians (47%) and Conservatives (46%).

Young people are more concerned than older people about the risks of drones. Sixty percent (60%) of millennials are worried drones may invade people's privacy while 40% are not. Only 40% of seniors are concerned about drones and 60% are not.

Americans who score high on the Respect for Authority Index (RAI) are 19 points less likely than those who score low to be concerned about drones invading privacy (42% vs. 61%).

Predictably, people who trust the police are less concerned about them abusing new technology. Drone critics will need to explain how even a trustworthy police department may overstep its bounds with drones.

67 See Appendix A for an explanation of ideological clusters.