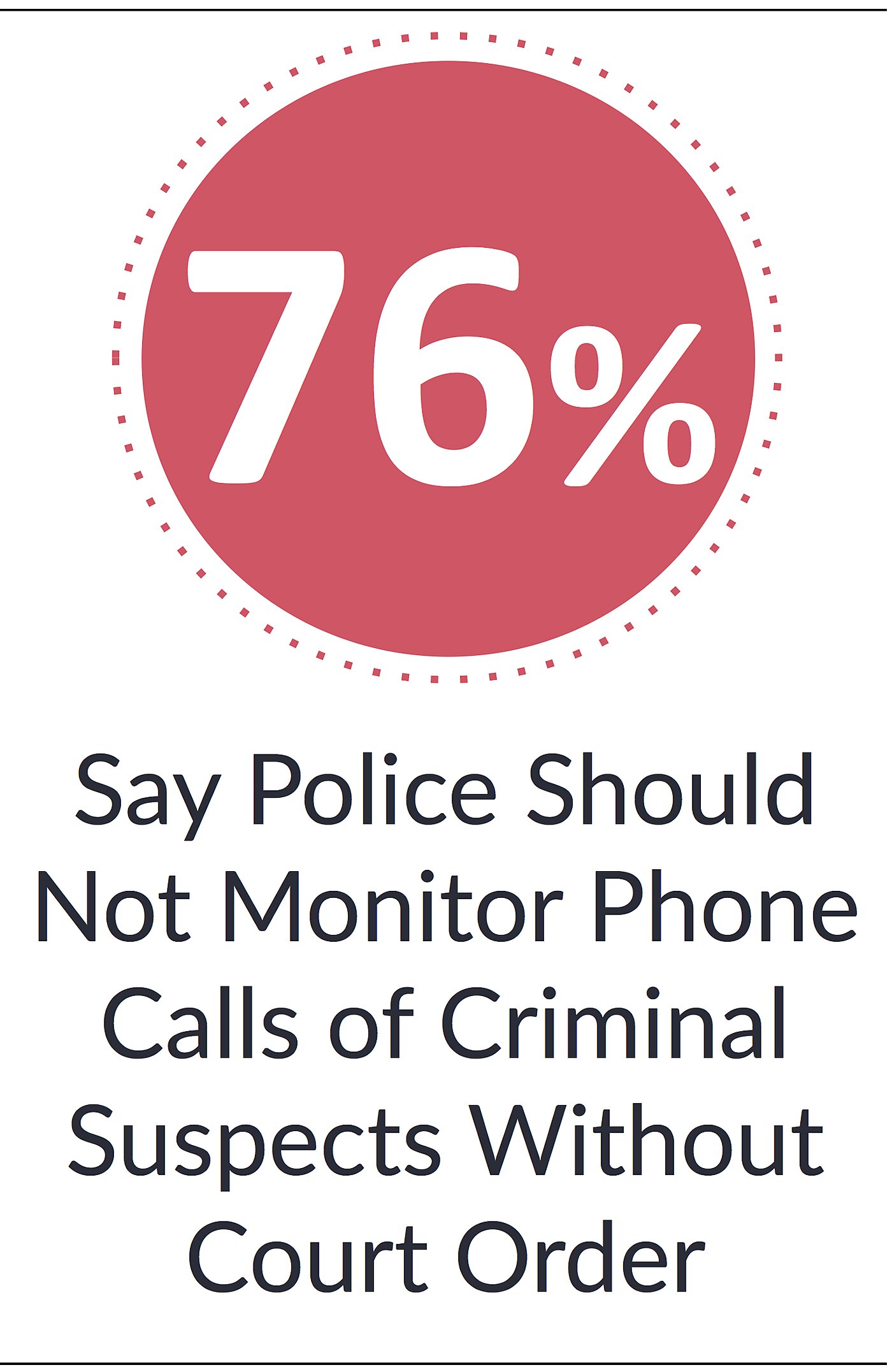 By a margin of 76% to 24%, Americans highly oppose police monitoring phone calls of individuals suspected of criminal activity without a court order.

Majorities across racial groups oppose warrantless phone monitoring of suspected criminals. However, there are some differences. Although a majority (60%) of Hispanics oppose such a practice, they are about 20 points less likely than blacks and whites (8 in 10) to oppose warrantless wiretapping. Americans with high school degrees (31%) and incomes below $30,000 (32%) are about twice as likely as those with post-graduate degrees (15%) and household incomes above $80,000 (12%) to support this kind of practice. 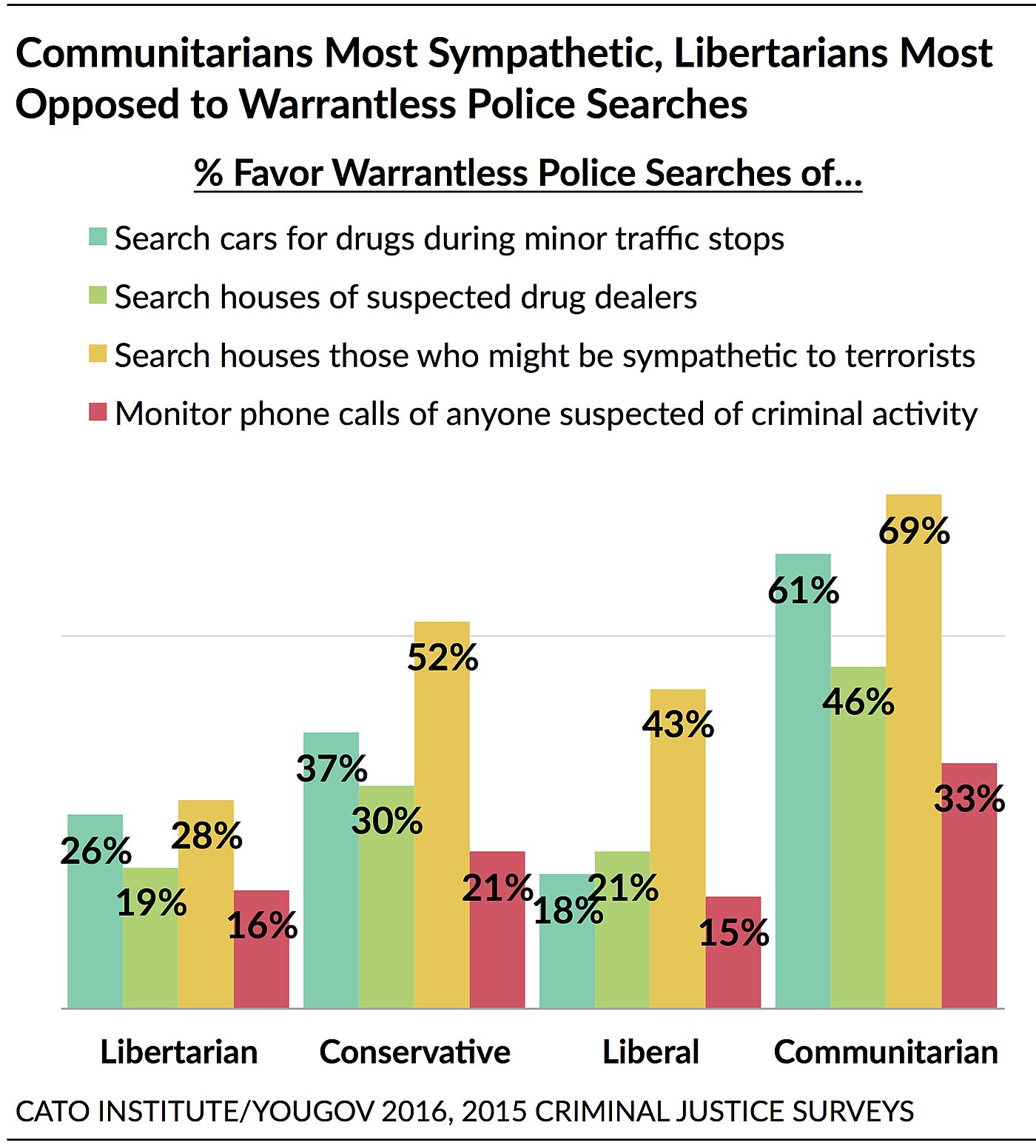 Perhaps surprisingly, Democrats and Republicans tend to oppose warrantless police searches and phone monitoring by similar margins. (They differ in support for police checking cars for drugs during traffic stops, however.) Instead, striking differences emerge by ideology. Libertarians and Liberals are most skeptical of warrantless searches and surveillance, followed by Conservatives, and then Communitarians. Libertarians and Communitarians are polar opposites with the former roughly 20-35 points less supportive.