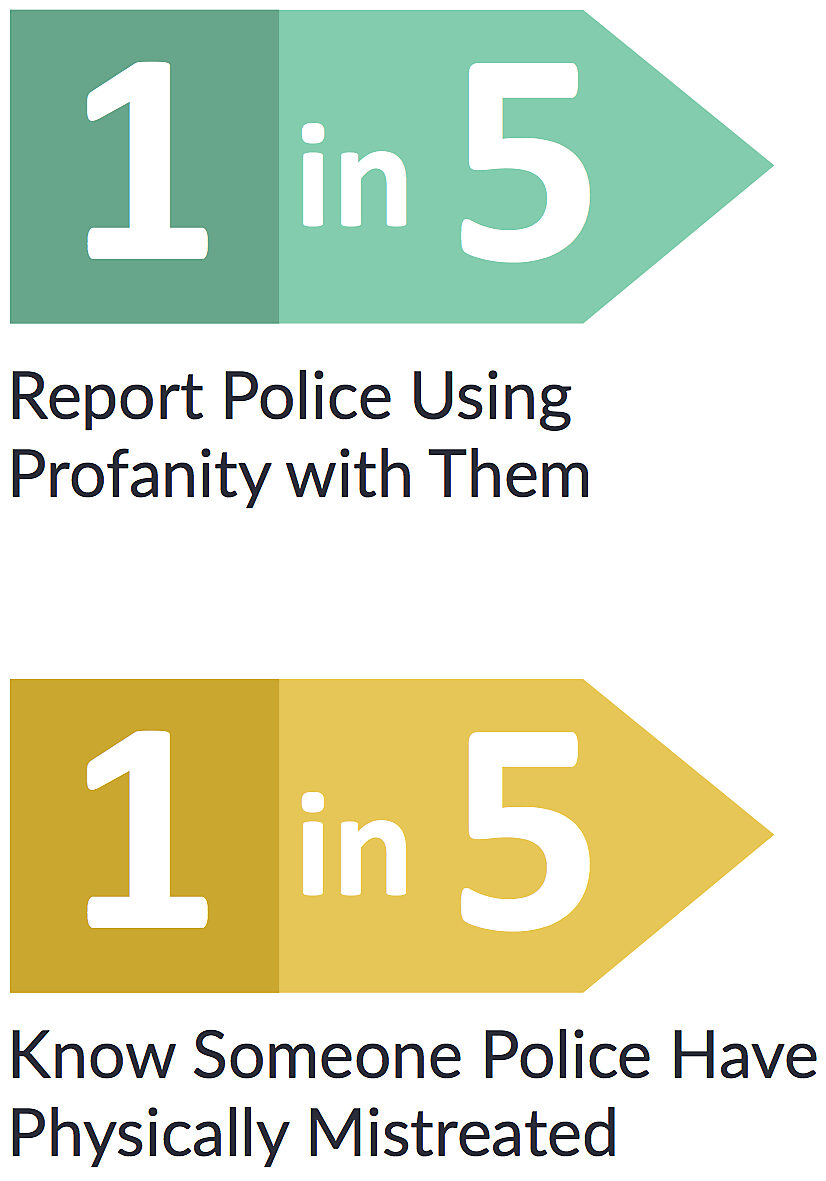 About one in five Americans say a police officer has used profanity with them (17%) and say they know someone physically mistreated or abused by the police (21%).39 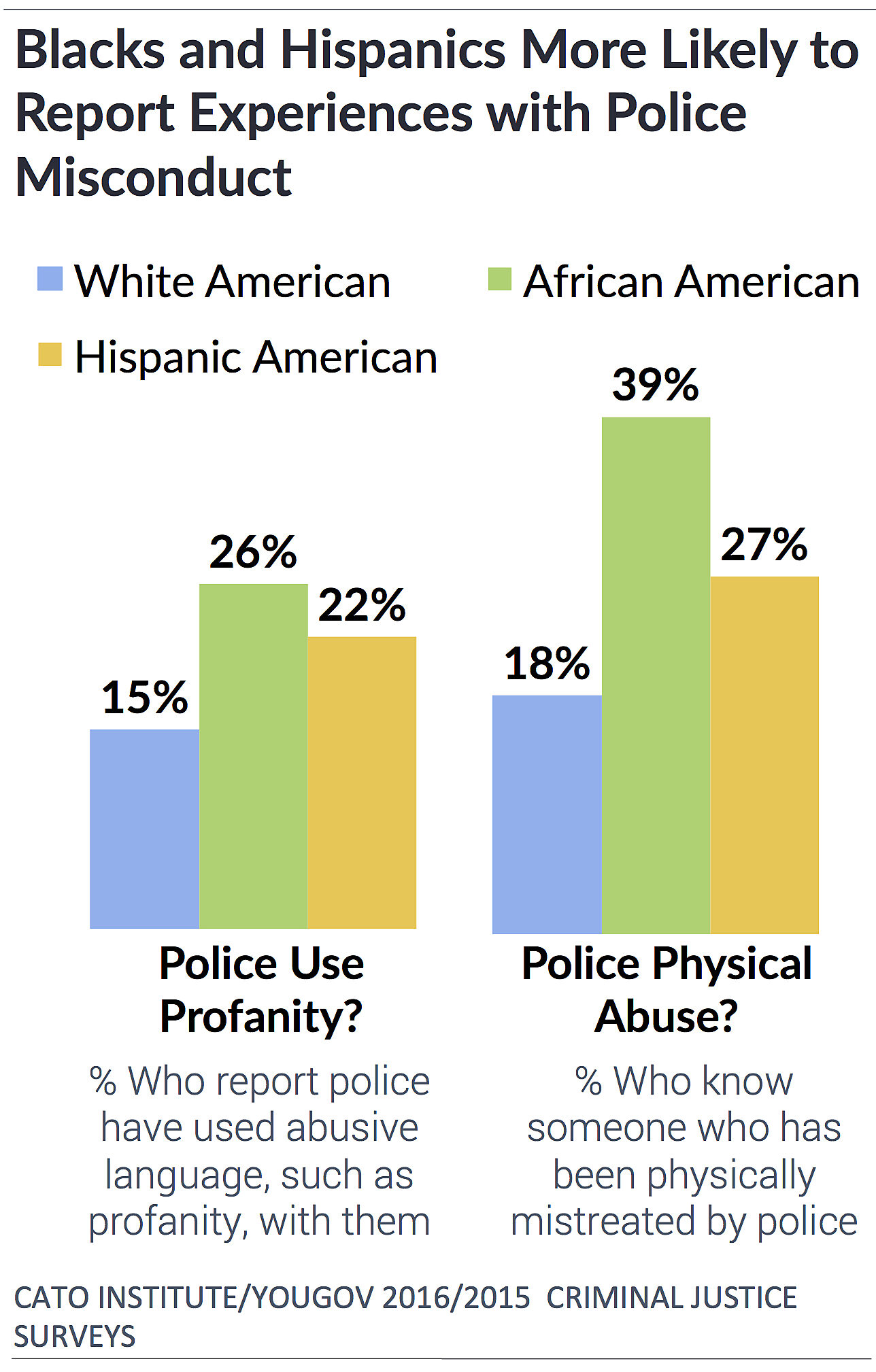 Men, millennials, and those making less than 30,000 a year (about a quarter) are also about 10 points more likely than women, seniors, and households making over $60,000 a year to report personal or vicarious experiences with police mistreatment.

An AP/NORC survey conducted in 2015 found that 57% of Americans thought that citizens' failure to cooperate with police during a stop was a "major reason" for police use of force.40 Some readers may wonder if police swearing occurs when citizens are uncooperative and disrespectful. Perhaps those inclined to respect authority defer to police and are thus less likely to incur verbal abuse.

To investigate, the author created a Respect for Authority Index (RAI), a composite scale based on averaging responses to three questions that measured people's general respect for authority without explicitly asking about police. (See Appendix E for question wording.) A higher RAI score indicates a respondent is more apt to respect authority figures. Higher RAI scores are not direct measures of deference to the police, but rather indicate a higher likelihood of deference. 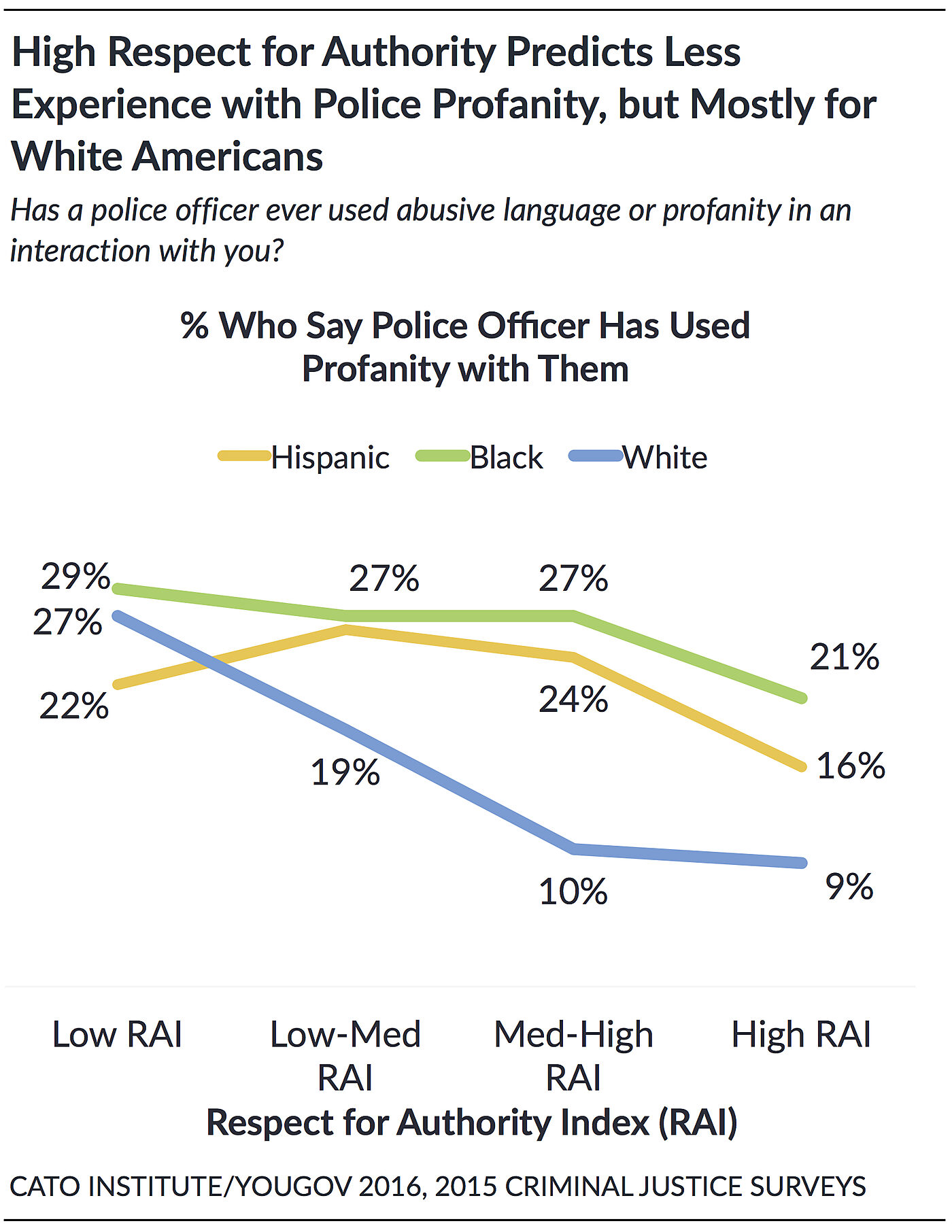 This gives some indication that whites who are highly deferential toward the police may have better experiences, whereas blacks and Hispanics who are very deferential may not experience similarly improved treatment.

39 Data for this section come from the combined June 2016 and November 2015 national surveys (N=4000), which offer greater precision and smaller margins of error for subgroups.

40 Question wording: "Here are some reasons that have been given for police violence against civilians. For each one, please tell me whether you think it is a major reason, a minor reason or not a reason at all...Some civilians confront the police when they are stopped rather than cooperating". AP-NORC Center for Public Affairs Research, Associated Press-NORC Law Enforcement and Violence Survey, Roper Center for Public Opinion Research, iPOLL, July 2015.