Personal interactions with police officers and the criminal justice system can influence favorability toward law enforcement.25 The experiences of family members and friends may also cause a person to "vicariously experience" those interactions, thereby shaping views of the police.26 In turn, disparate personal and vicarious experiences with the police may help explain differences in favorability toward law enforcement.

Sixty-seven percent (67%) of Americans who have had personal contact with a police officer in the past five years report being satisfied with their encounter, rating their satisfaction as either 4 or 5 on a scale of 1 to 5.27

Partisans evaluated their interactions with the police differently. Eight in 10 Republicans report being satisfied with their police encounters over the past five years, compared to six in 10 Democrats and independents. 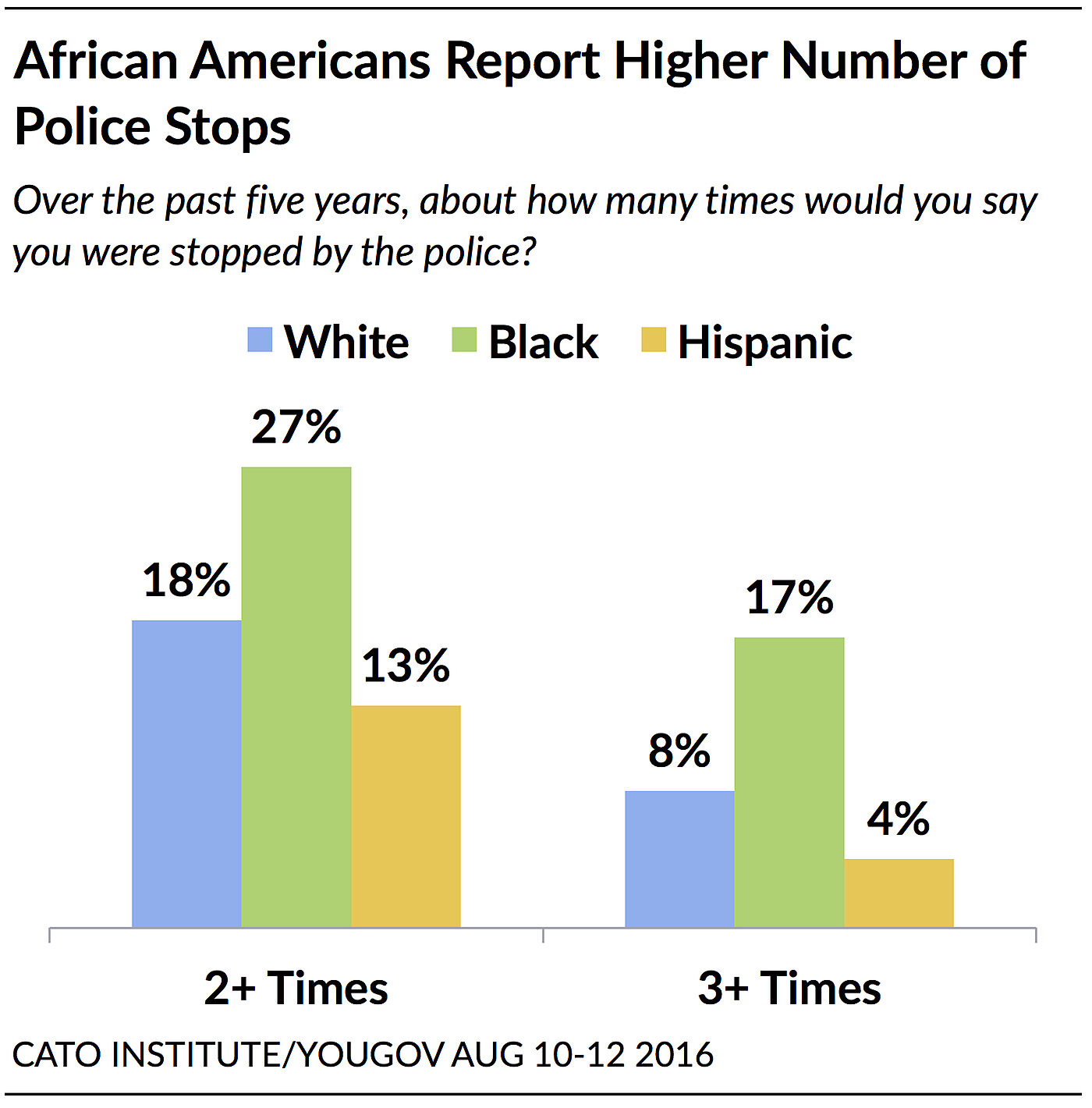 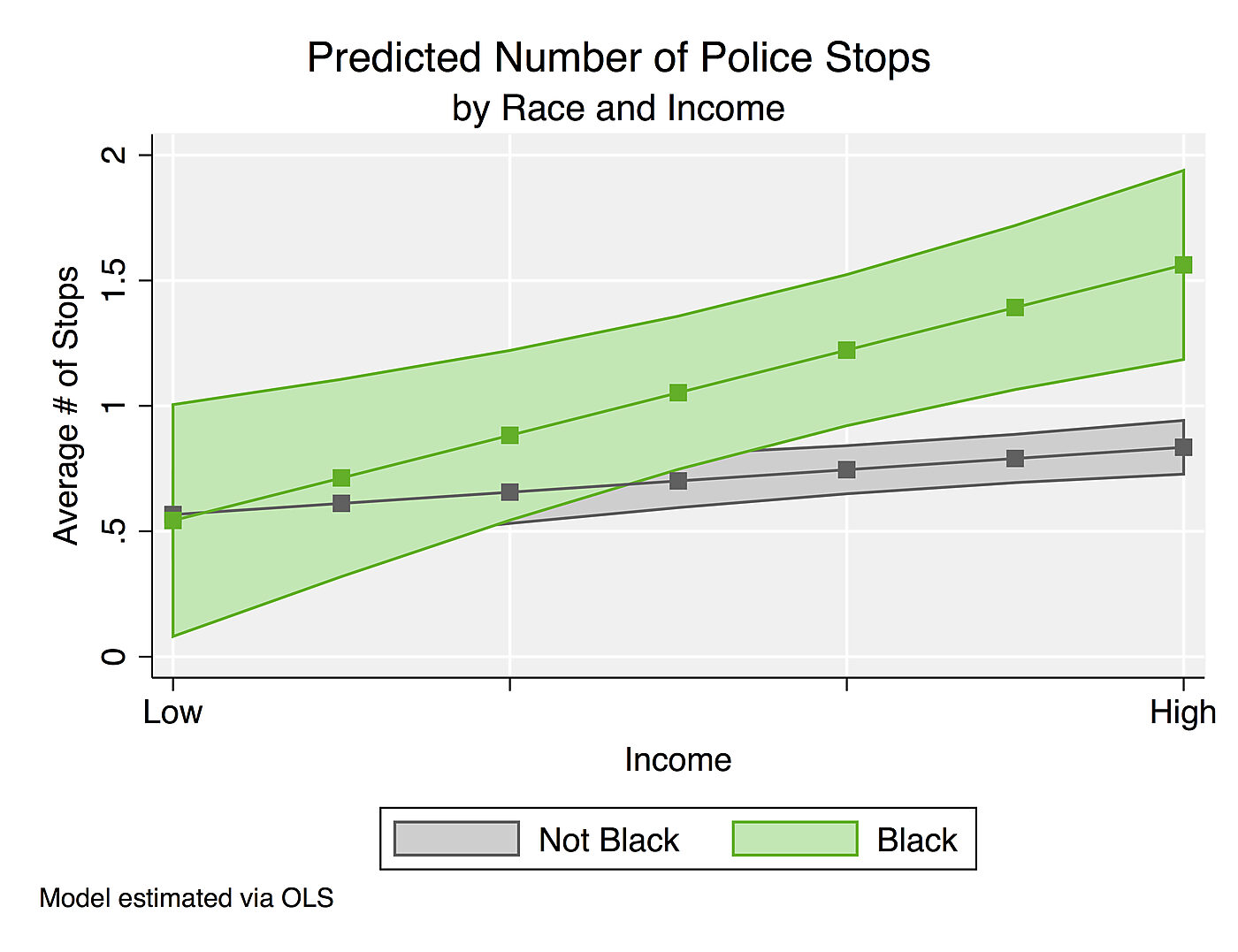 This fits with anecdotal reports from wealthy African Americans who report they avoid driving expensive cars to avoid added police scrutiny. For instance, actor Isaiah Washington tweeted that he sold his Mercedes and bought three less expensive Honda Priuses because he "got tired of being pulled over by the police."31 Sen. Tim Scott (R-SC) and billionaire private-equity financier Robert Smith have shared similar stories of being stopped three to seven times a year.32 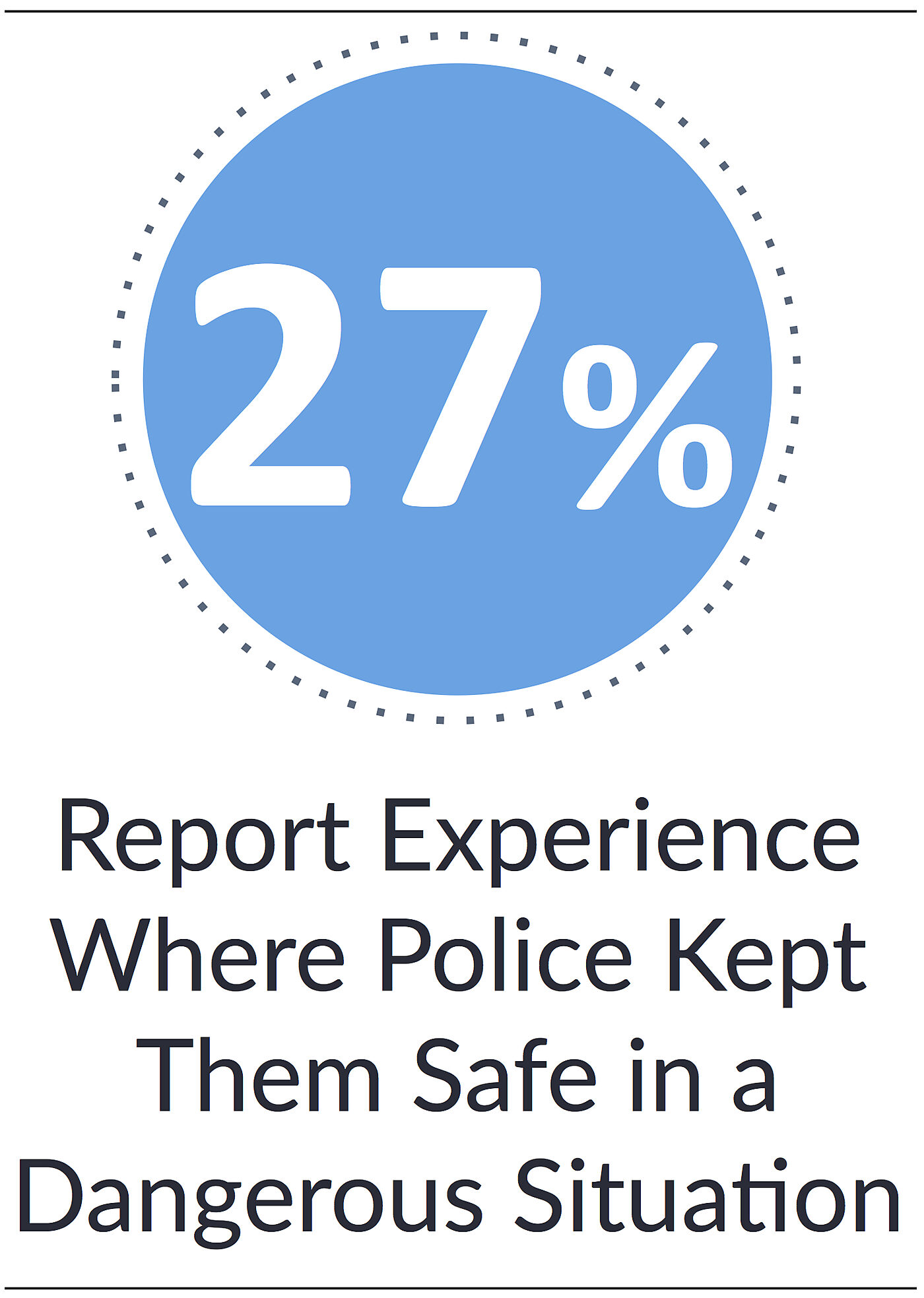 About a quarter (27%) of Americans report having had an experience in which a police officer kept them or their family member safe in a potentially dangerous situation. Such reports do not vary considerably among demographic and political groups. As one would expect, individuals who report being kept safe (76%) are about 16 points more likely to report a favorable opinion of the police than those without this experience (60%). 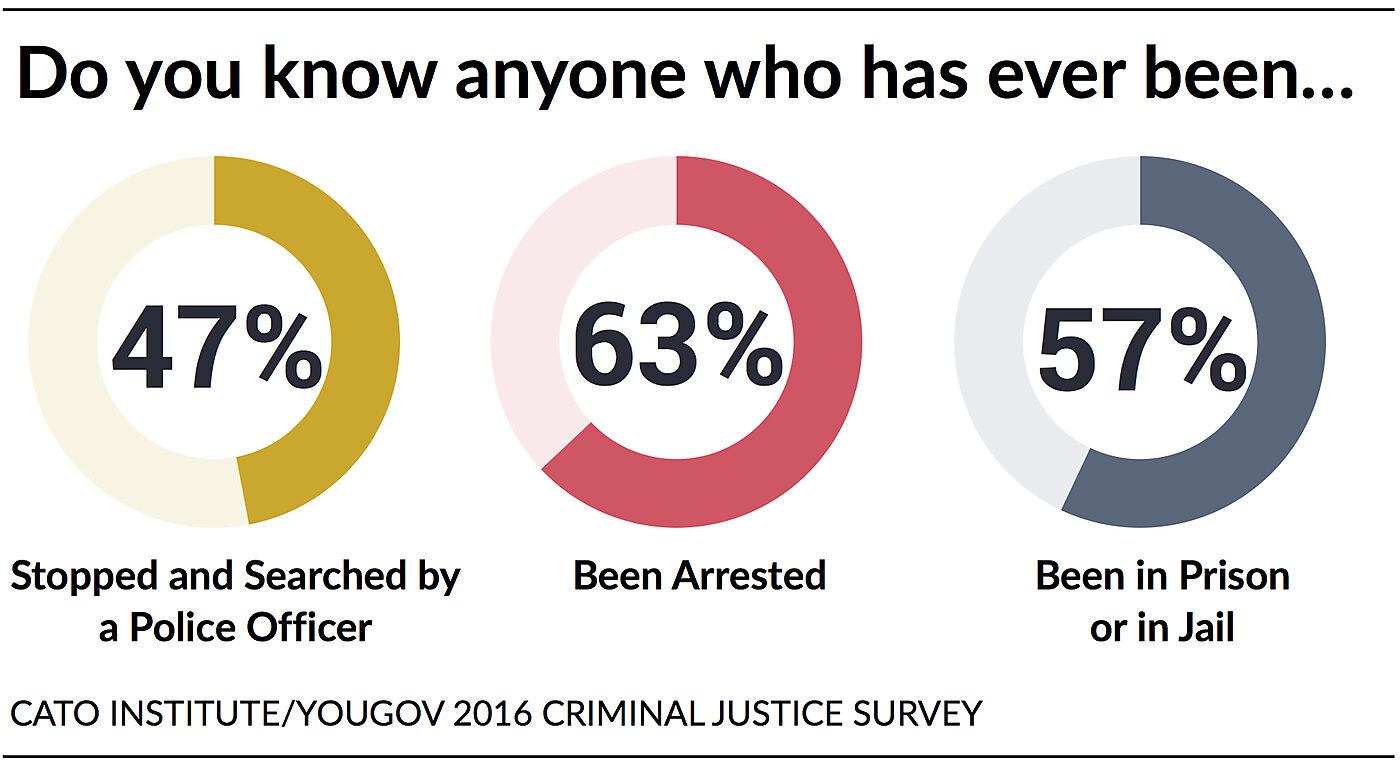 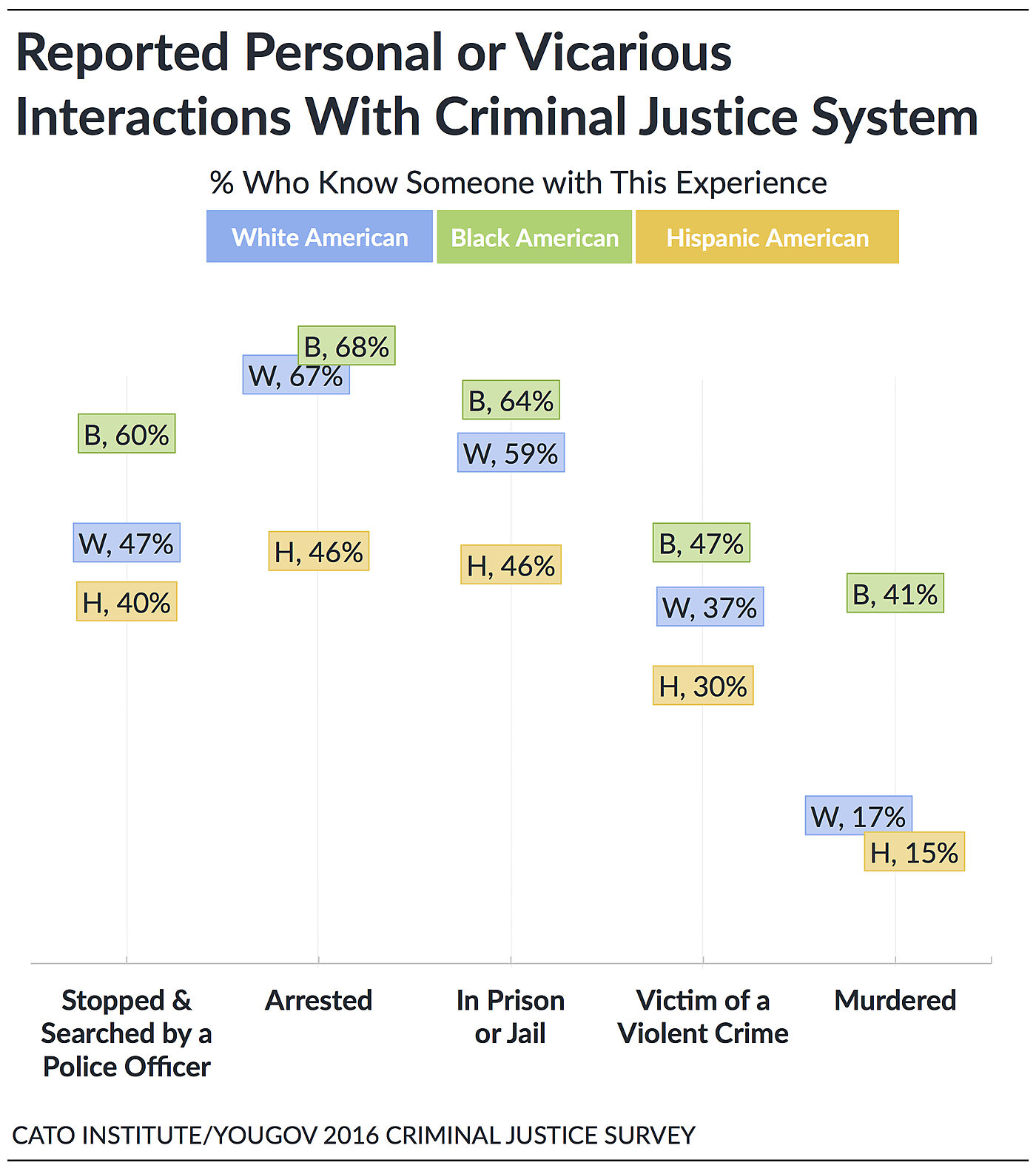 Whether someone lives in an urban, suburban, or rural area might influence their attitudes toward the police.33 People who live in densely populated areas are more likely to come into contact with officers. City centers also are more likely to have higher crime rates, which may increase the likelihood one has an encounter with law enforcement.34 However, actual differences in favorability toward the police by community type are rather small. Sixty-nine percent (69%) of individuals living in the suburbs have a favorable view of the police, as do 60% of those living in cities and 61% residing in rural areas.

27 Americans who have had personal contact with a police officer in the past 5 years were asked to rate their level of personal satisfaction with their encounter on a scale of 1 (low satisfaction) to 5 (high satisfaction). Americans who rated their encounters as either 4 or 5 are considered "highly satisfied." Americans' average level of satisfaction with personal police encounters is 3.83, with 67% who rated their interactions with police as a 4 or 5. About a fifth of Americans say they did not interact with police over the past five years. Racial groups were about equally likely to report having had some contact with police in the past 5 years.

28 Data on frequency of police stops in this section come from a national Cato Institute/YouGov survey conducted August 10 to 12, 2016 (N=1000), which did not include oversamples of African-Americans and Hispanics. Thus, readers should exercise additional caution when interpreting these results with smaller sample sizes (African American (N=108) Hispanic (N=115)).  Question wording: "Over the past five years, about how many times would you say you were stopped by the police?"