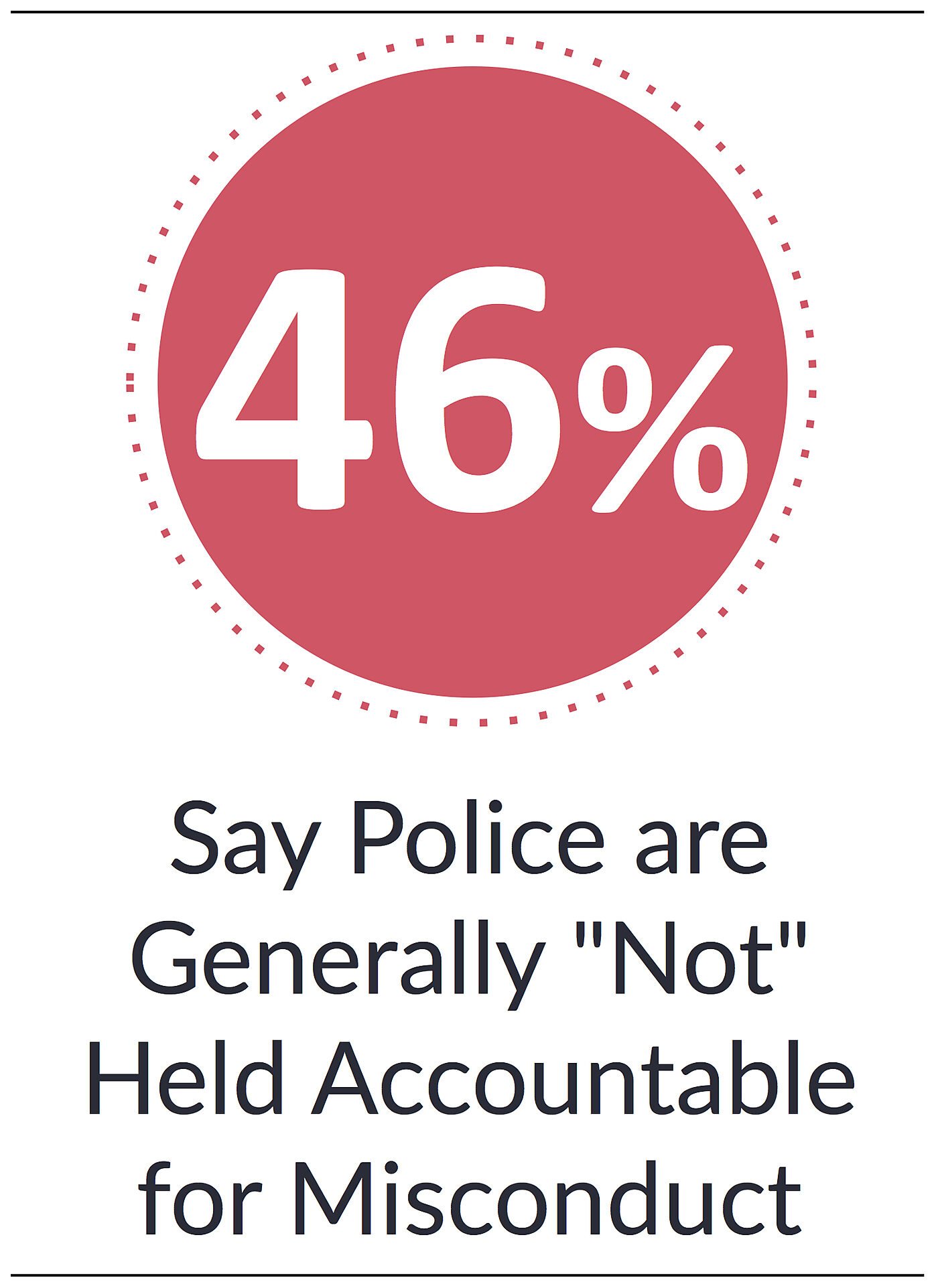 Nearly half of Americans (46%) believe police are not "generally held accountable for misconduct" when it occurs, while 54% believe they are. It is remarkable that nearly half believe misconduct "generally" is not brought to account. This view is held by larger shares of black and Hispanic Americans, younger people, lower income individuals, and Democrats.

Confidence in police accountability increases with age and income. Majorities of seniors (70%) and households earning more than $80,000 annually (60%) believe police are held accountable. In contrast, majorities of millennials (58%) and those earning less than $30,000 a year (54%) doubt police misconduct is punished. 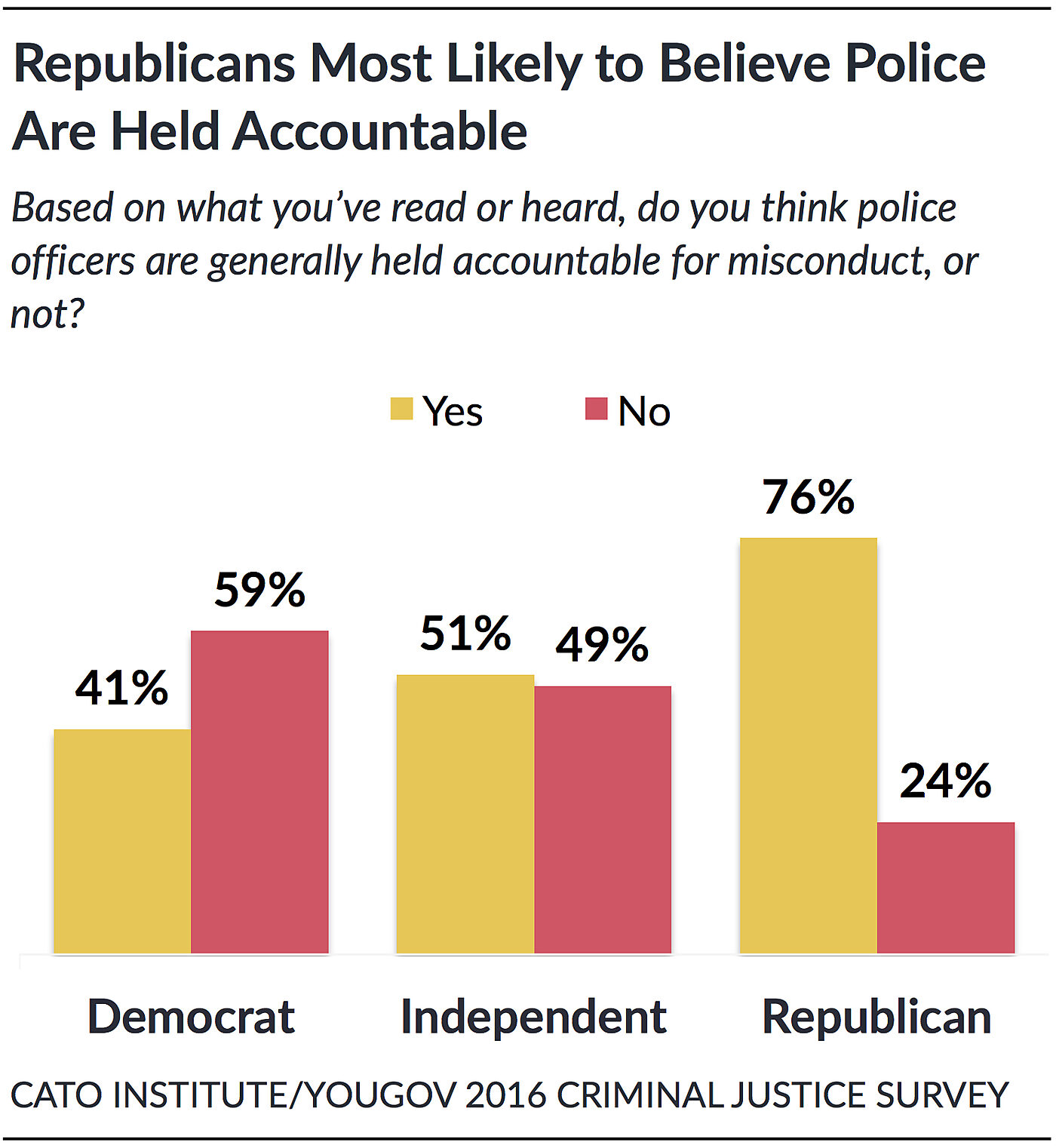 Partisanship also strongly correlates with confidence in police accountability. Three-fourths (76%) of Republicans and a slim majority of independents (51%) believe police are held to account. In contrast, nearly 6 in 10 Democrats believe officers are not held accountable. These partisan differences are not merely a function of the parties' racial compositions. Sixty-five percent (65%) of white Democrats also worry officers are not held accountable, compared to only 26% of white Republicans. 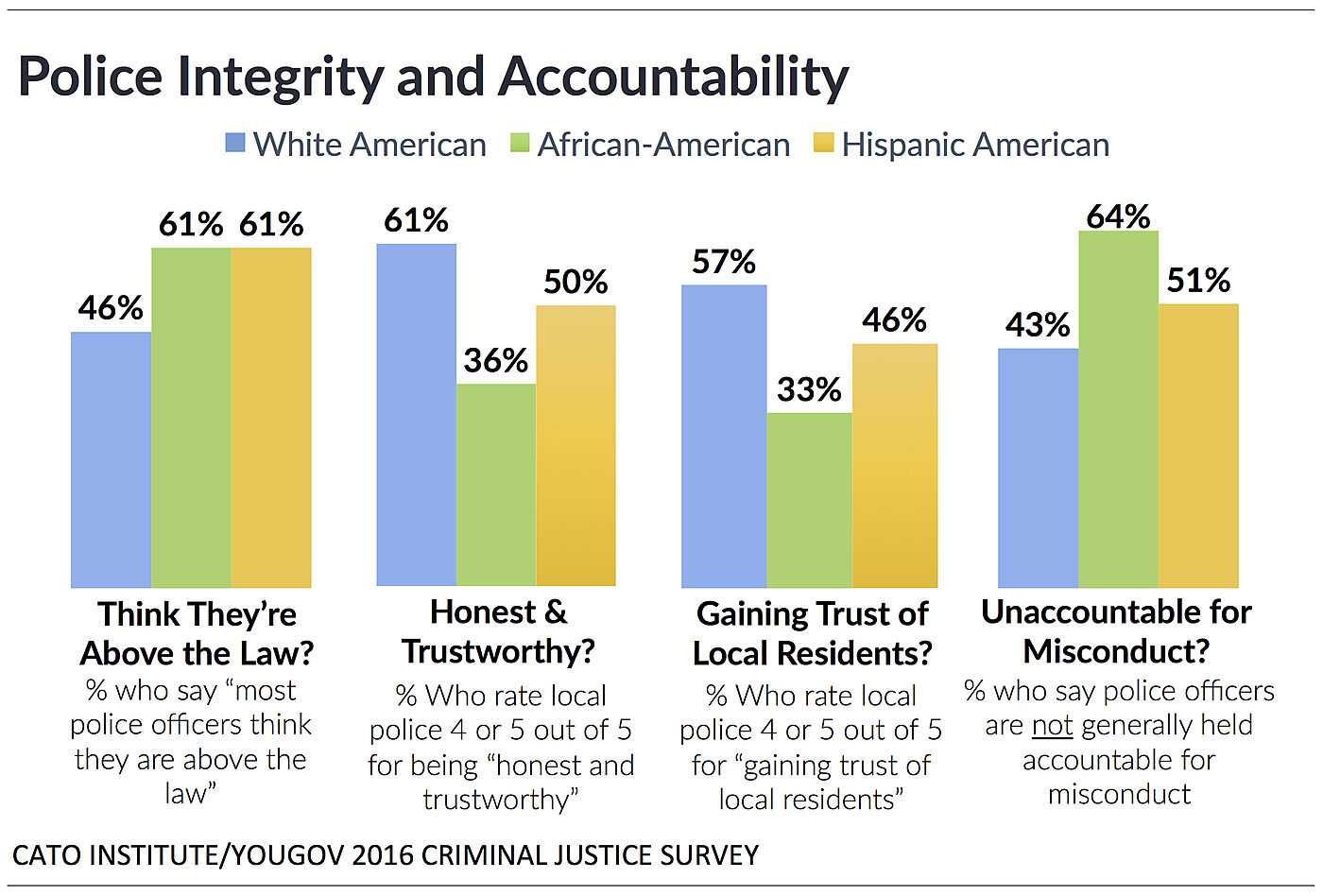 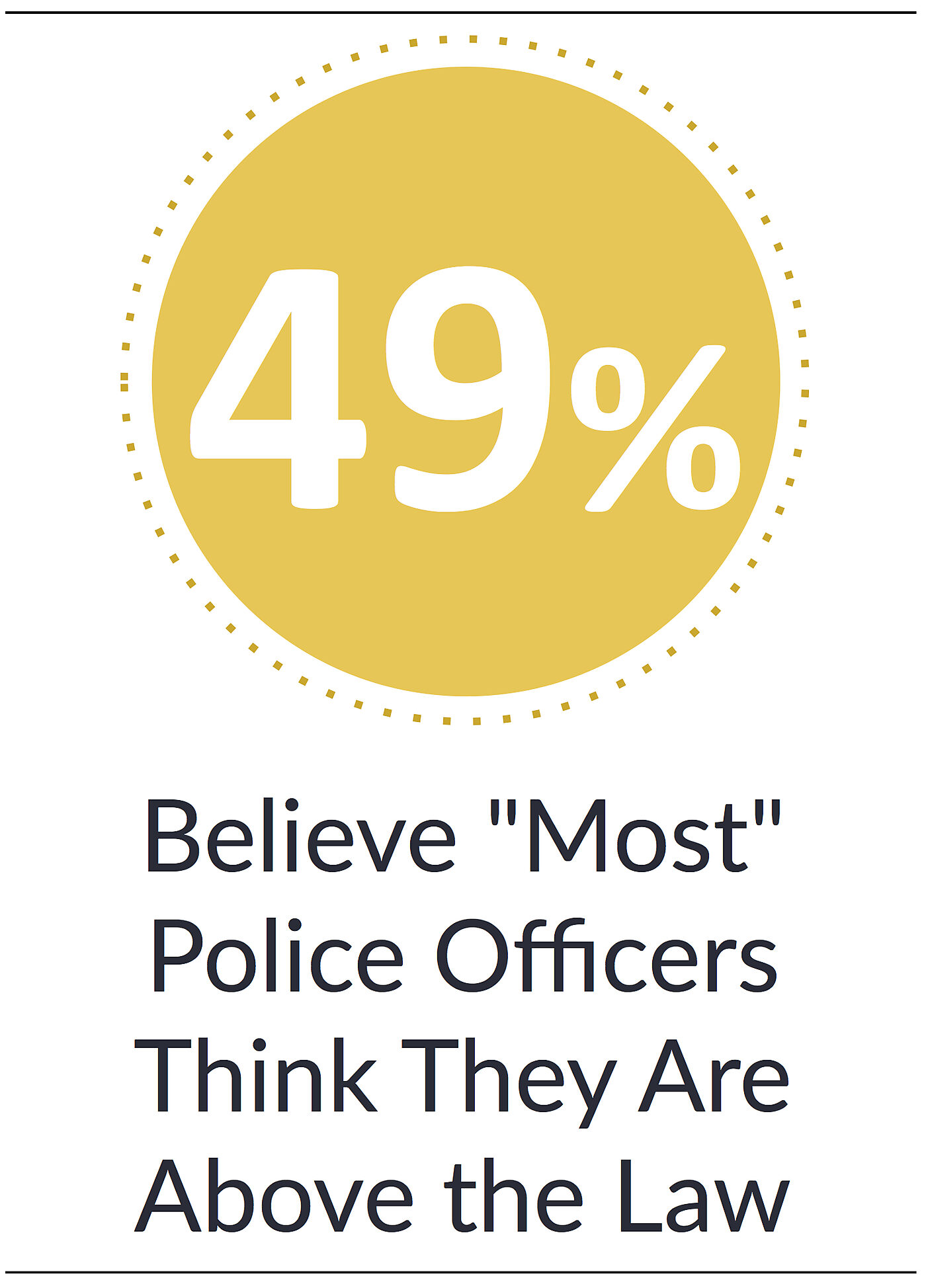 Americans are also unconvinced that most police officers have integrity. Nearly half (49%) believe that "most police officers think they are above the law," while 51% disagree. Perceptions vary widely across race and ethnicity, income, and partisanship.

Democrats (61%) are also far more concerned than Republicans (36%) that the police think they are above the law. A majority (64%) of Republicans and a slim majority of independents (52%) think most police have integrity.

Institutions need legitimacy to function. A belief in the rule of law (and not individuals) fosters their legitimacy. It is thus problematic that nearly half of all Americans and majorities of blacks, Hispanics, young people, Democrats, and lower income individuals think "most" police officers don't believe the laws apply to them.