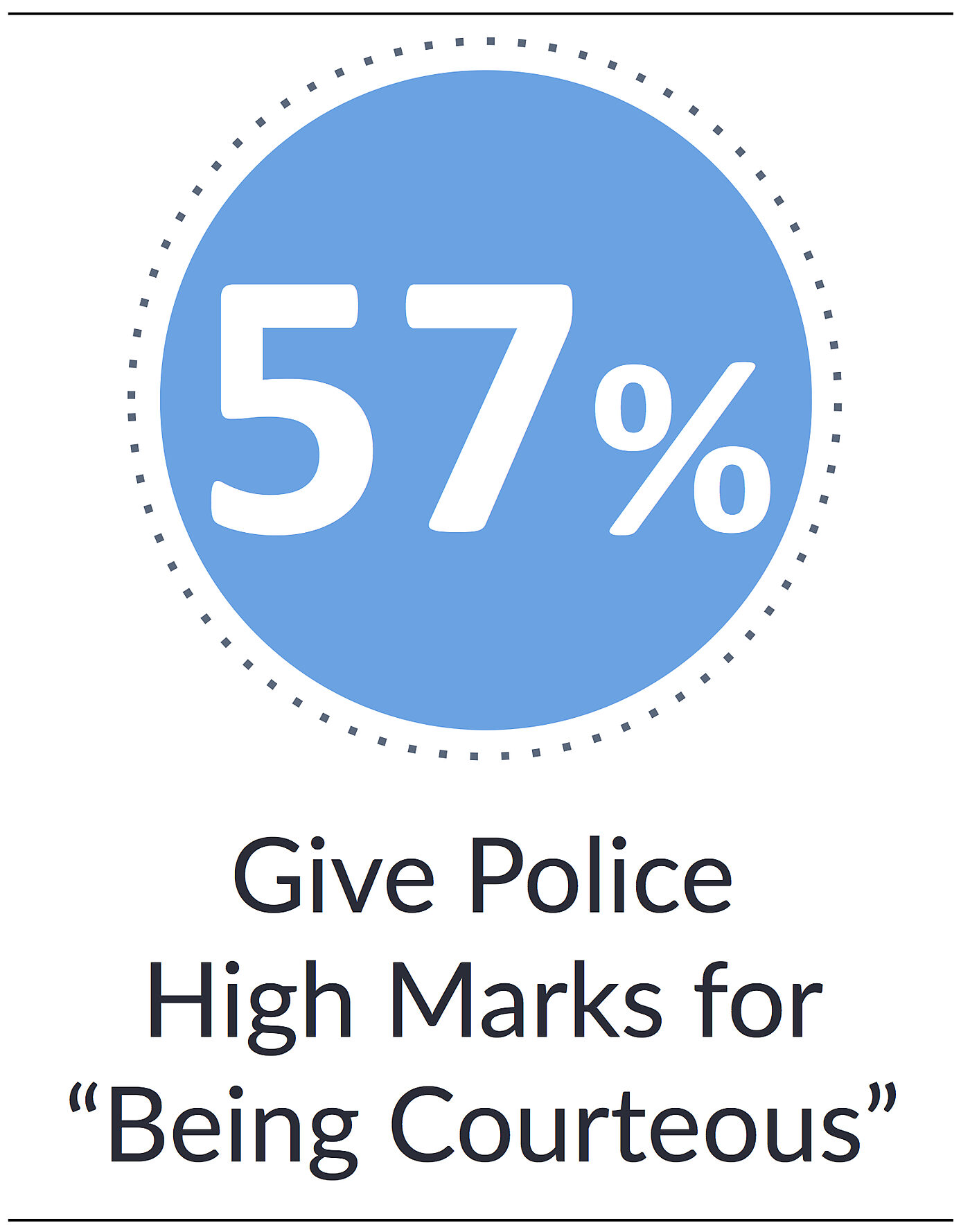 Nearly six in 10 Americans give their local police department high ratings for "being courteous" (57%) and for demonstrating they care about the people in the community (55%).38 About 3 in 10 give the police an average rating and 1 in 10 give police a low rating. Responses differ by race, age, income, and partisanship.

About 4 in 10 African Americans give their local police departments high ratings for being courteous and caring about community members, compared to 6 in 10 white Americans and half of Hispanics.