In general, nearly 6 in 10 Americans give their local police forces high marks for enforcing the law (59%), protecting people from violent crime (56%) and responding quickly to a call for help (56%). Slightly fewer (50%) give their local police a high rating for solving crime.35 However, there are significant differences across race/ethnicity, ideology, income, and urban density in perceptions of police competency (see Appendix C). 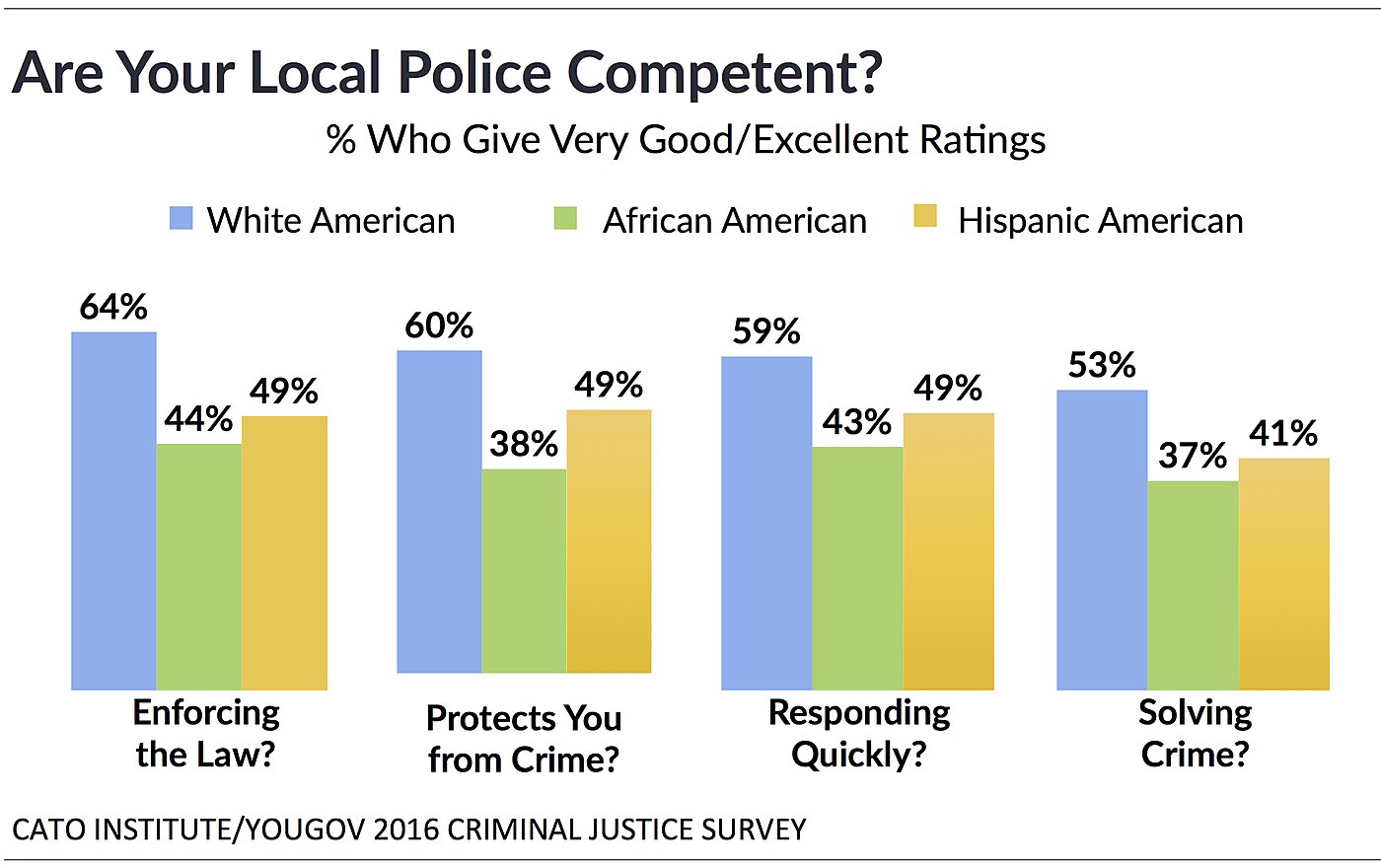 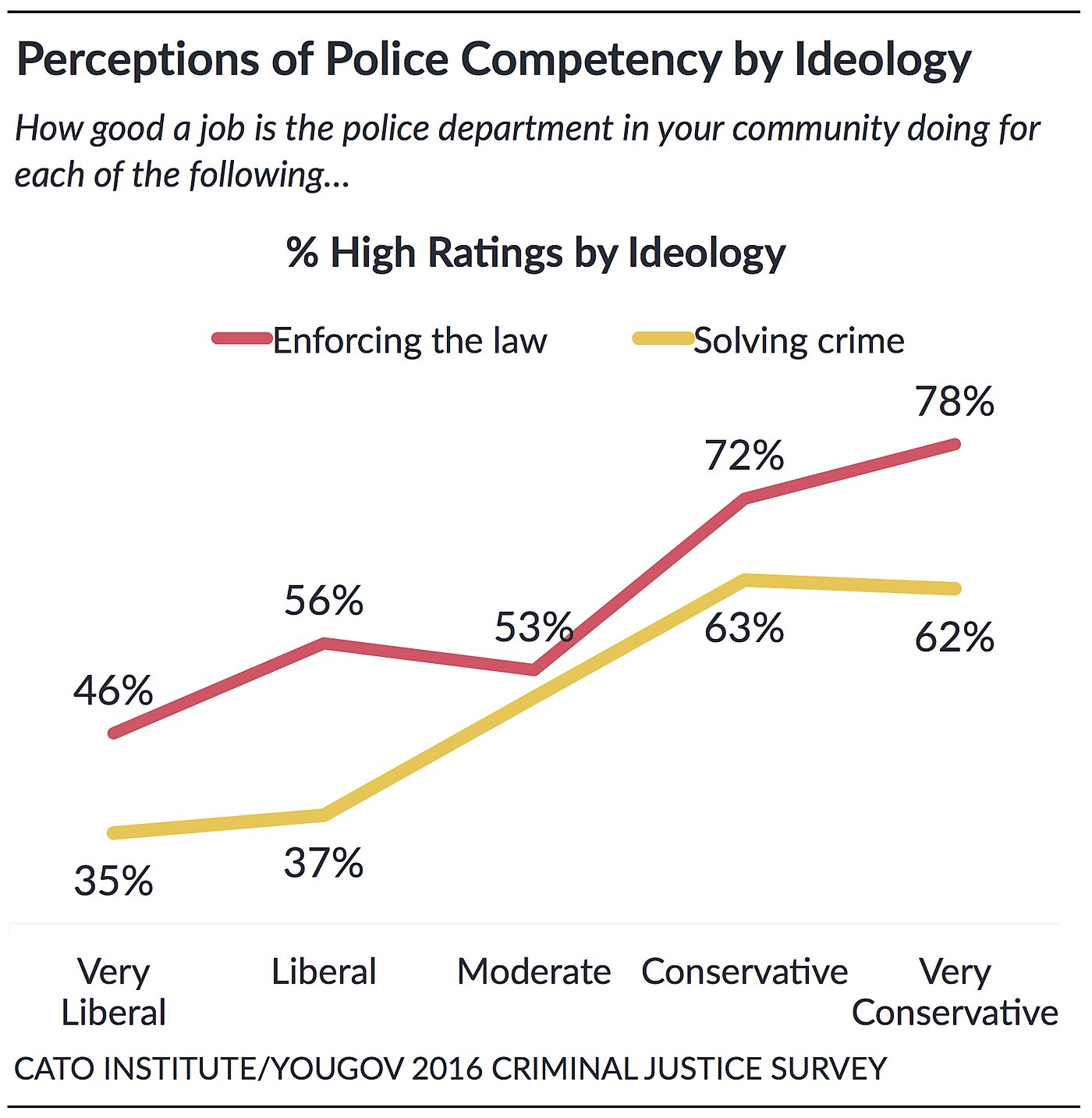 White Americans are roughly 20 points more likely than African Americans, and 10-15 points more likely than Hispanic Americans, to highly rate their local police departments for effectiveness. (See Appendix C for full breakdowns.) For instance, while 60% of white Americans think police effectively protect people from crime, only 38% of African Americans and 49% of Hispanics agree. Similarly about 6 in 10 whites think the police do a good job enforcing the law and responding quickly, compared to 4 in 10 blacks and less than half of Latinos.

Education, income, and age are also related to perceptions of police efficacy. College graduates (67%), households earning $60,000+ a year (69%), and seniors (72%) give the police high ratings for "enforcing the law." In contrast, considerably fewer high school graduates (55%), households earning less than $30,000 a year (54%), and millennials (53%) agree.36 Suburban residents (62%) are somewhat more likely than urban residents (53%) to believe the police are effective at enforcing the law.

In sum, Americans who are older, higher income, conservative, white, and living in the suburbs are the most likely to believe the police are good at their jobs. Conversely, individuals who are younger, lower income, liberal, African American or Hispanic, and living in urban neighborhoods are least confident that the police are competent. (See Appendix D for full breakdowns.)

36 Within each racial/ethnic group, millennials have less confidence in police efficacy than seniors.