Most Americans think the police typically use appropriate force for each situation. Nearly two-thirds (63%) say the "tactics used by police officers" are "about right" while 30% say that they are too harsh and 7% say they aren't harsh enough. Most Americans (58%) also believe that police "only use deadly force when it is necessary" while 42% think that police are "too quick to use deadly force." Thus Americans are slightly more likely to believe police use lethal force unnecessarily than to believe routine police tactics are too harsh. Yet, Americans evaluate police tactics differently across race and ethnicity, income, age, and political ideology. 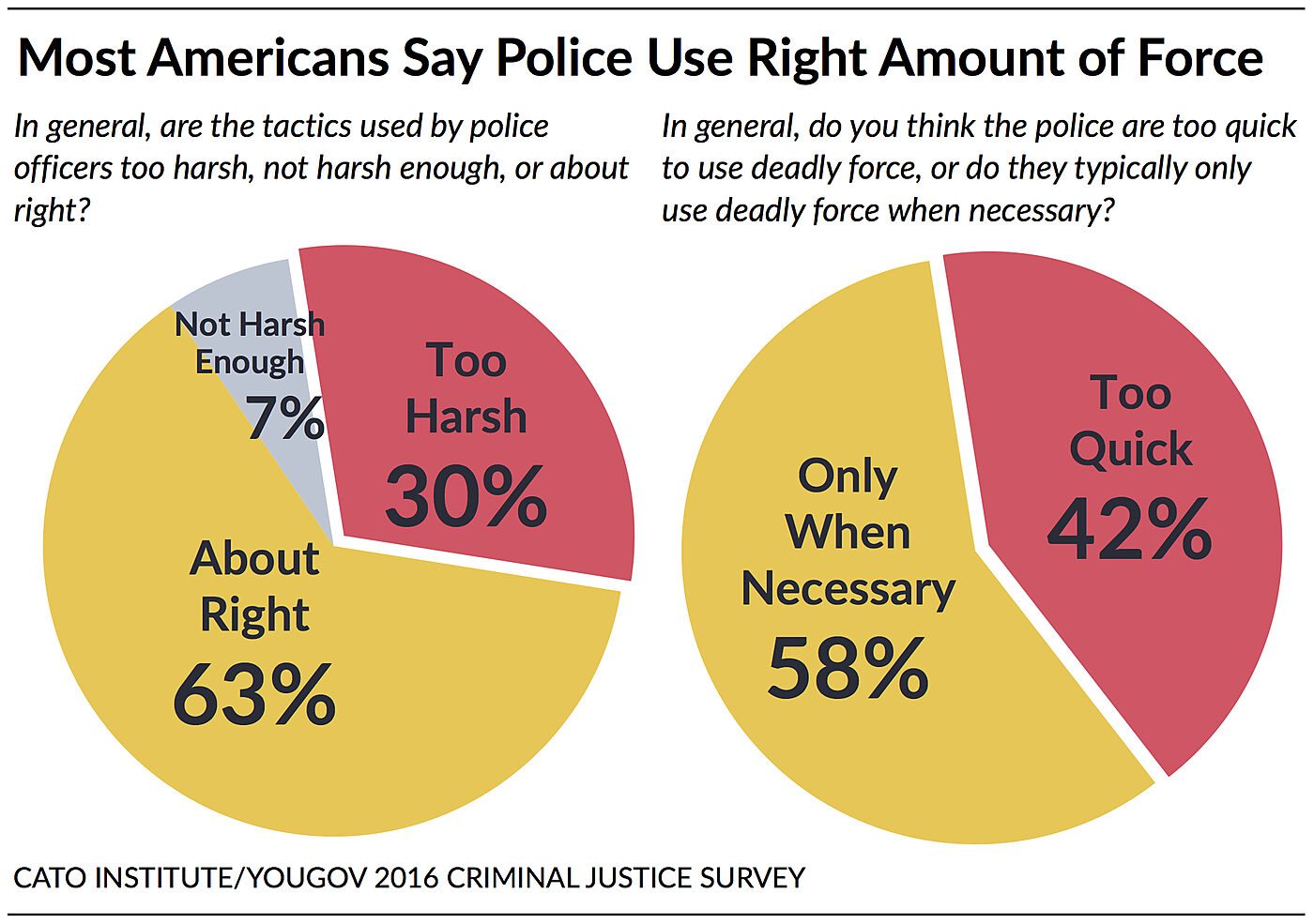 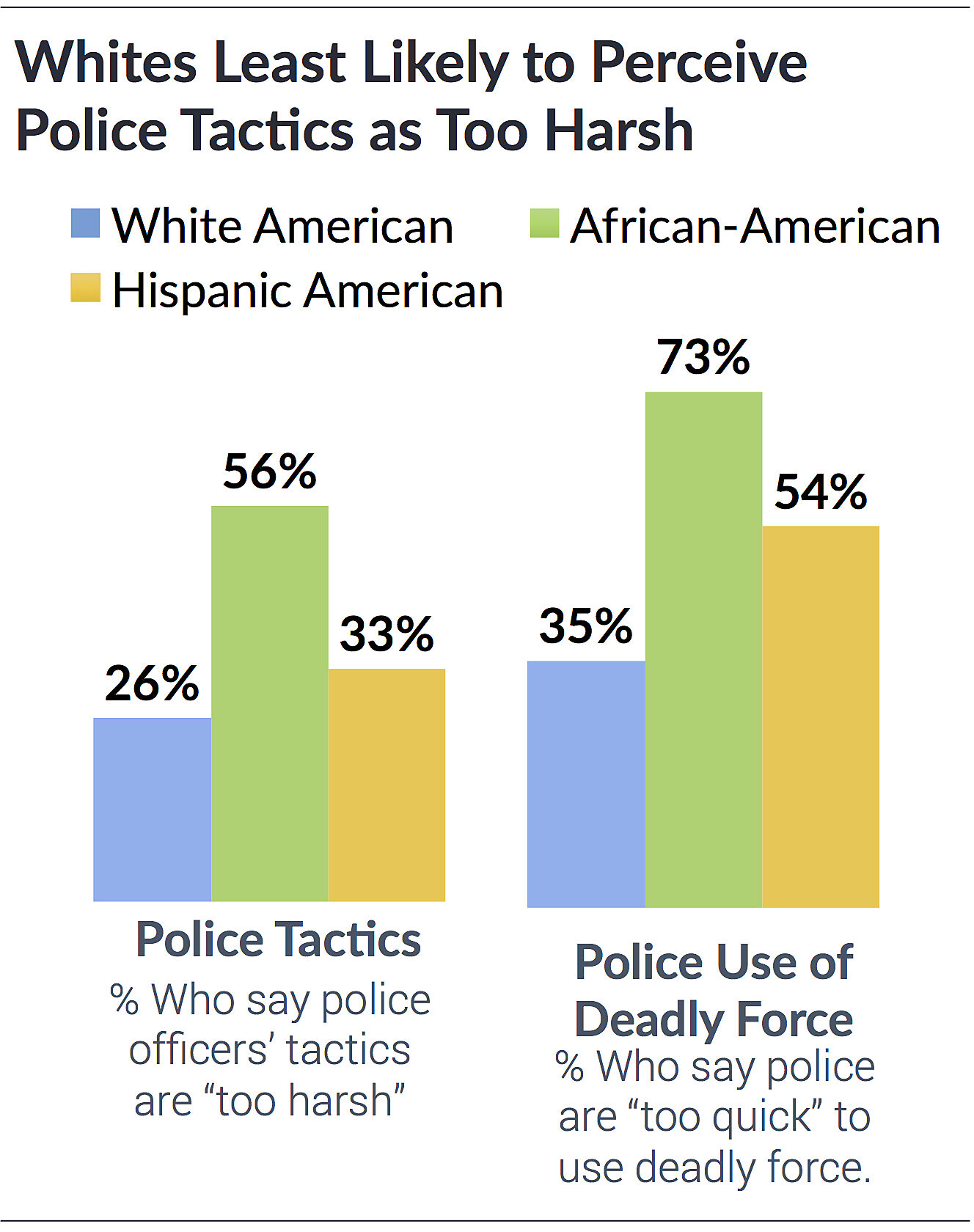 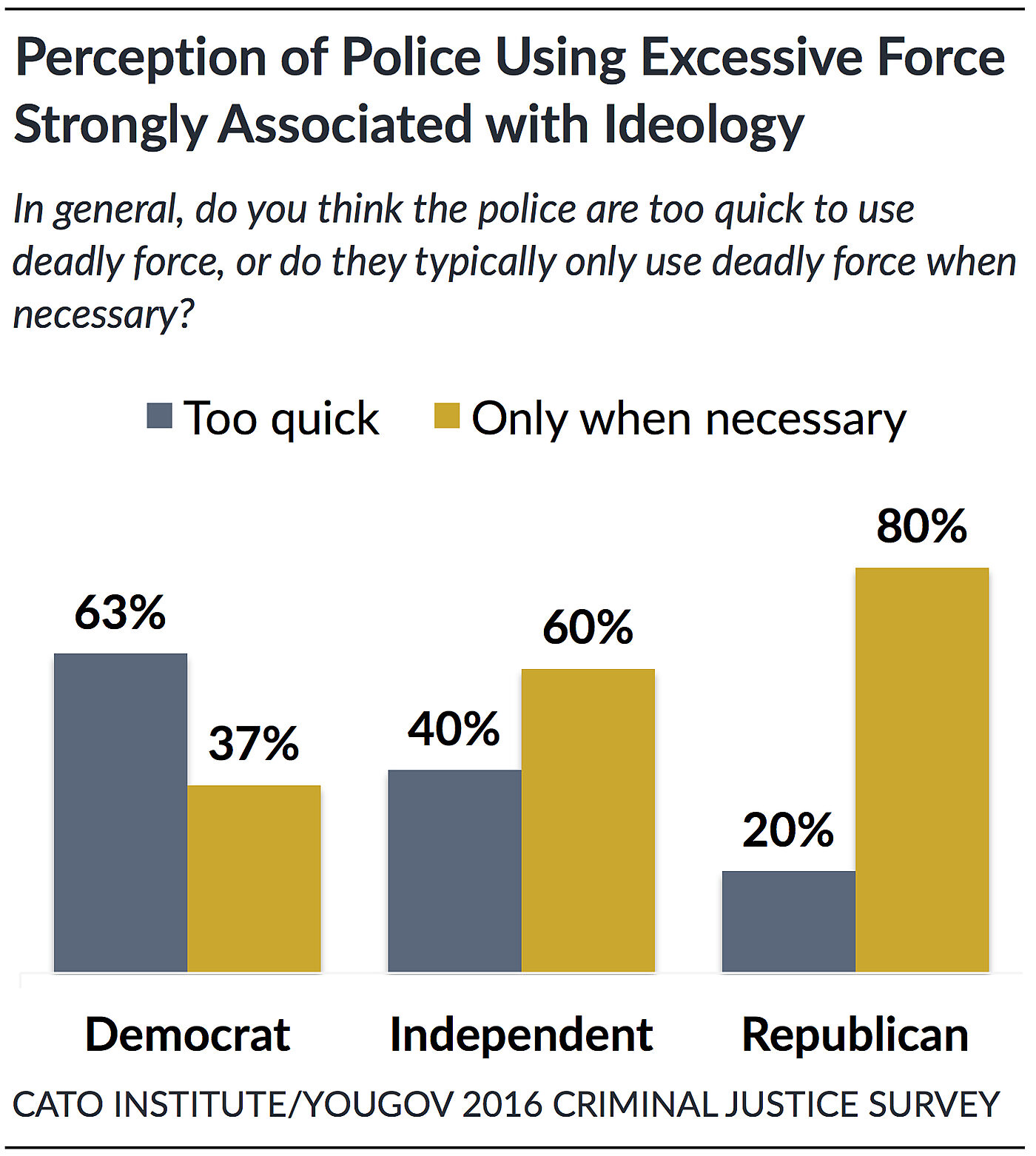 Households making less than $30,000 a year are also about 11-14 points more likely than those making more than $60,000 a year to believe that police too easily resort to lethal force (52% vs. 38%) and that police use harsh tactics (36% vs. 25%). Whites are primarily driving this shift by age and income, as African Americans are no less likely to perceive harsh tactics with increasing age and income. 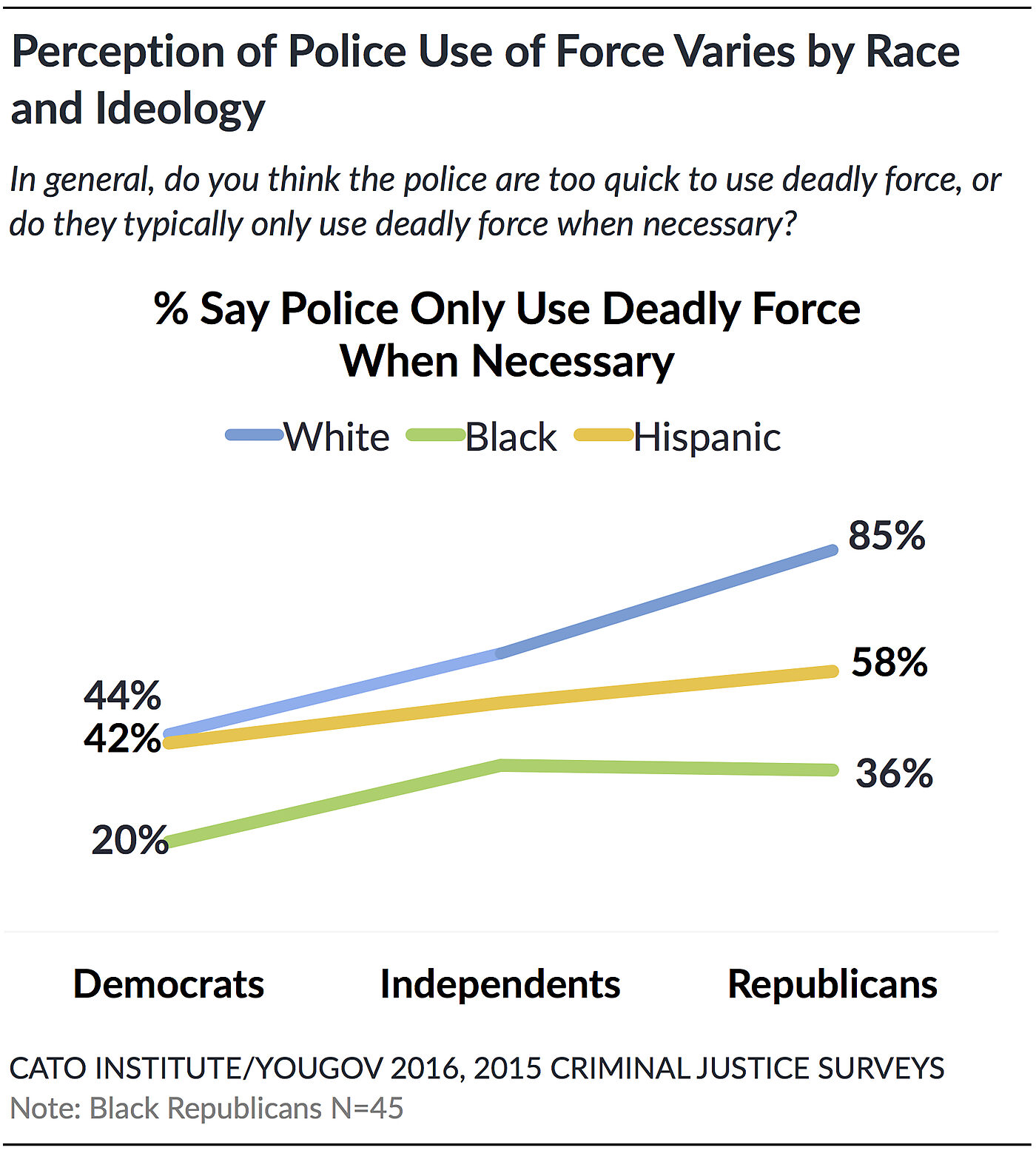 Partisans also disagree. Nearly two-thirds (63%) of Democrats say police are too quick to use lethal force while 80% of Republicans say police only use it when necessary. Democrats are also nearly four times as likely as Republicans to say police tactics are too harsh (40% vs. 11%).

This suggests that political ideology may affect evaluations of police use of force, though primarily for whites. This is a familiar pattern found in earlier analyses. White Republicans are far more likely than white Democrats to have a more positive opinion of the police; however, black Republicans do not differ much from black Democrats in their evaluations of police action.

Americans who score high on the Respect for Authority Index (RAI) are significantly more likely than those who score low to believe that police tactics are about right (79% vs. 39%) and to say that police only use necessary lethal force (69% vs. 41%). 54 (See Appendix E for RAI details.)