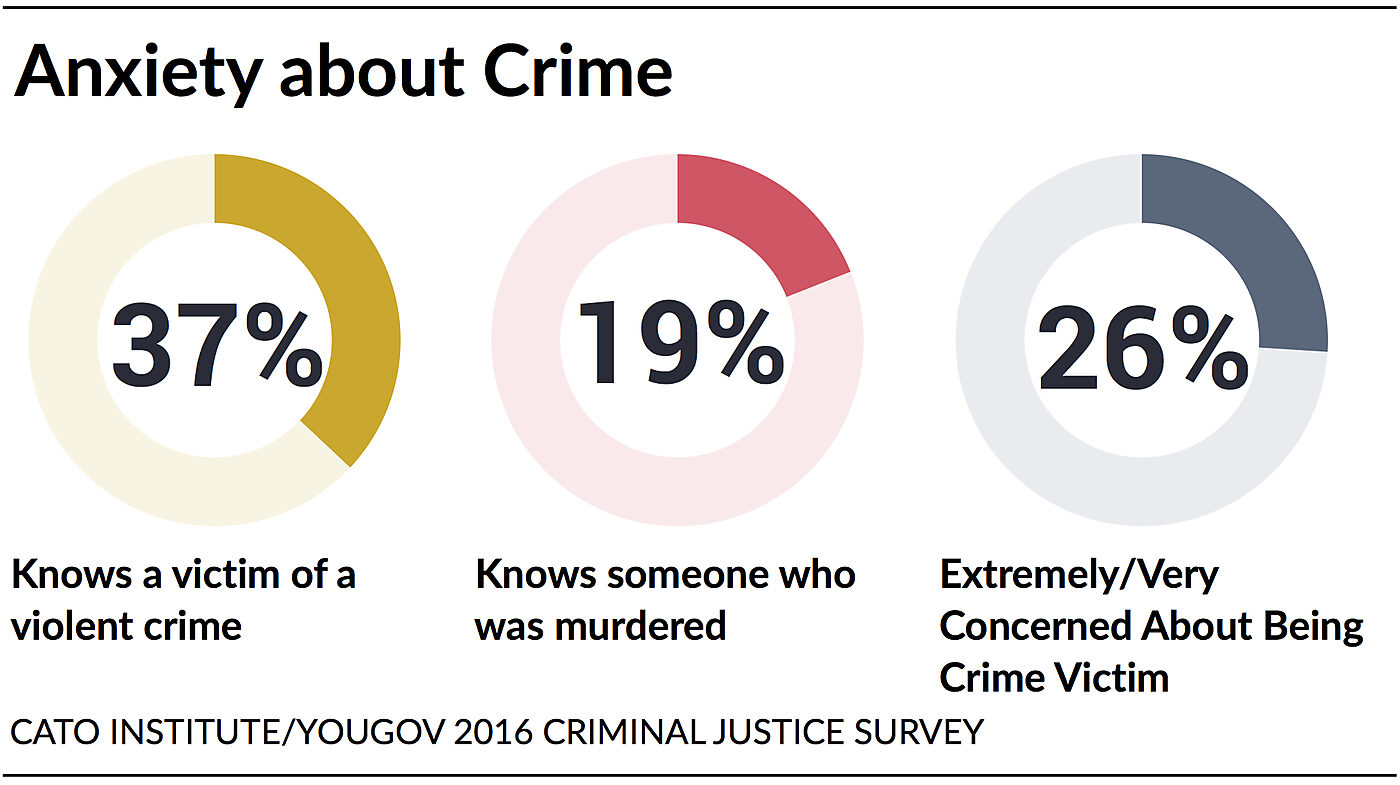 However, Americans are far less worried about being a crime victim today than they were in the 1990s, which reflects actual declines in federal crime statistics.22 In the early 1990s about half (51%) of Americans said they were "very concerned" about being a victim of a crime, this has since declined to about 26% today.23 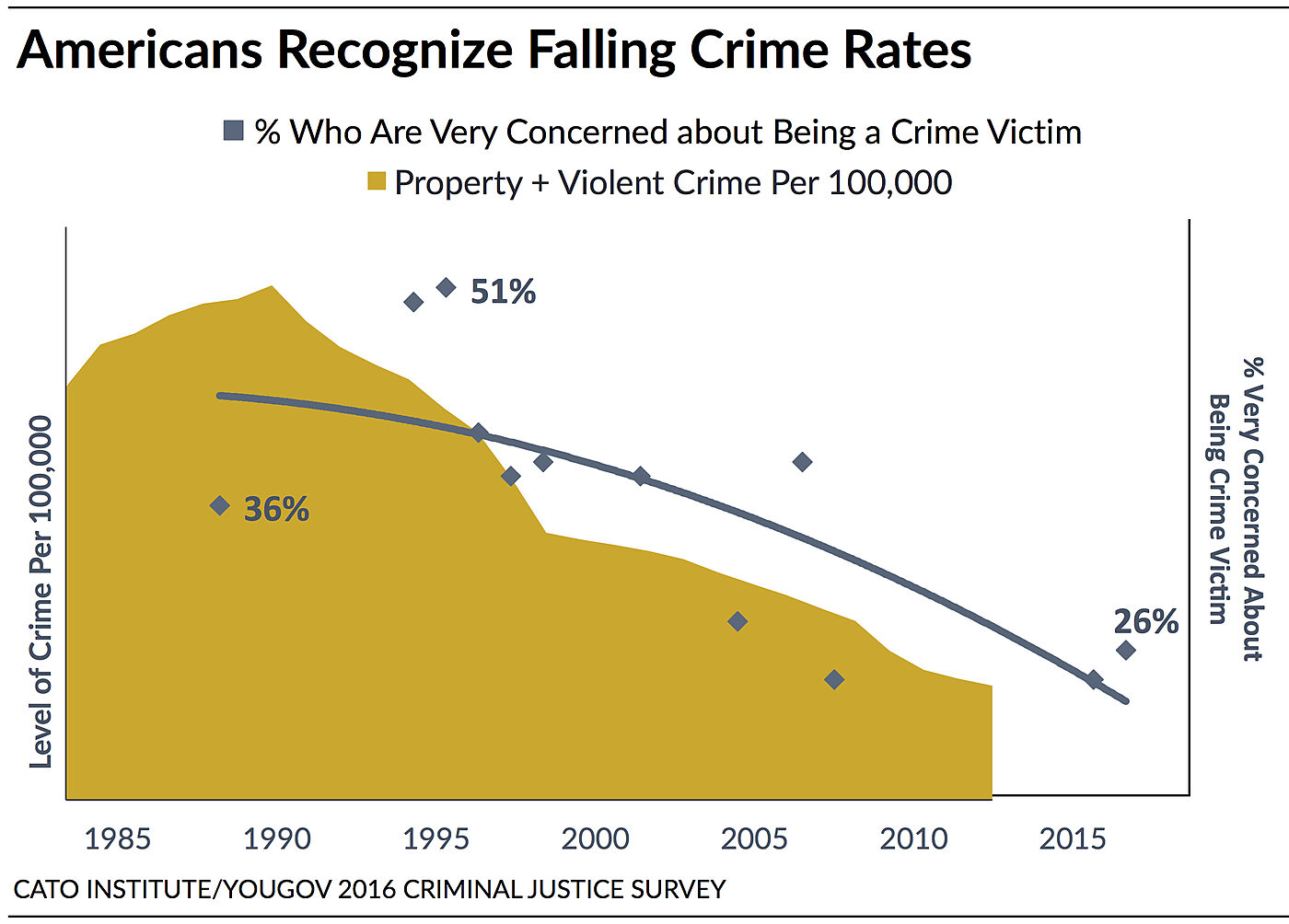 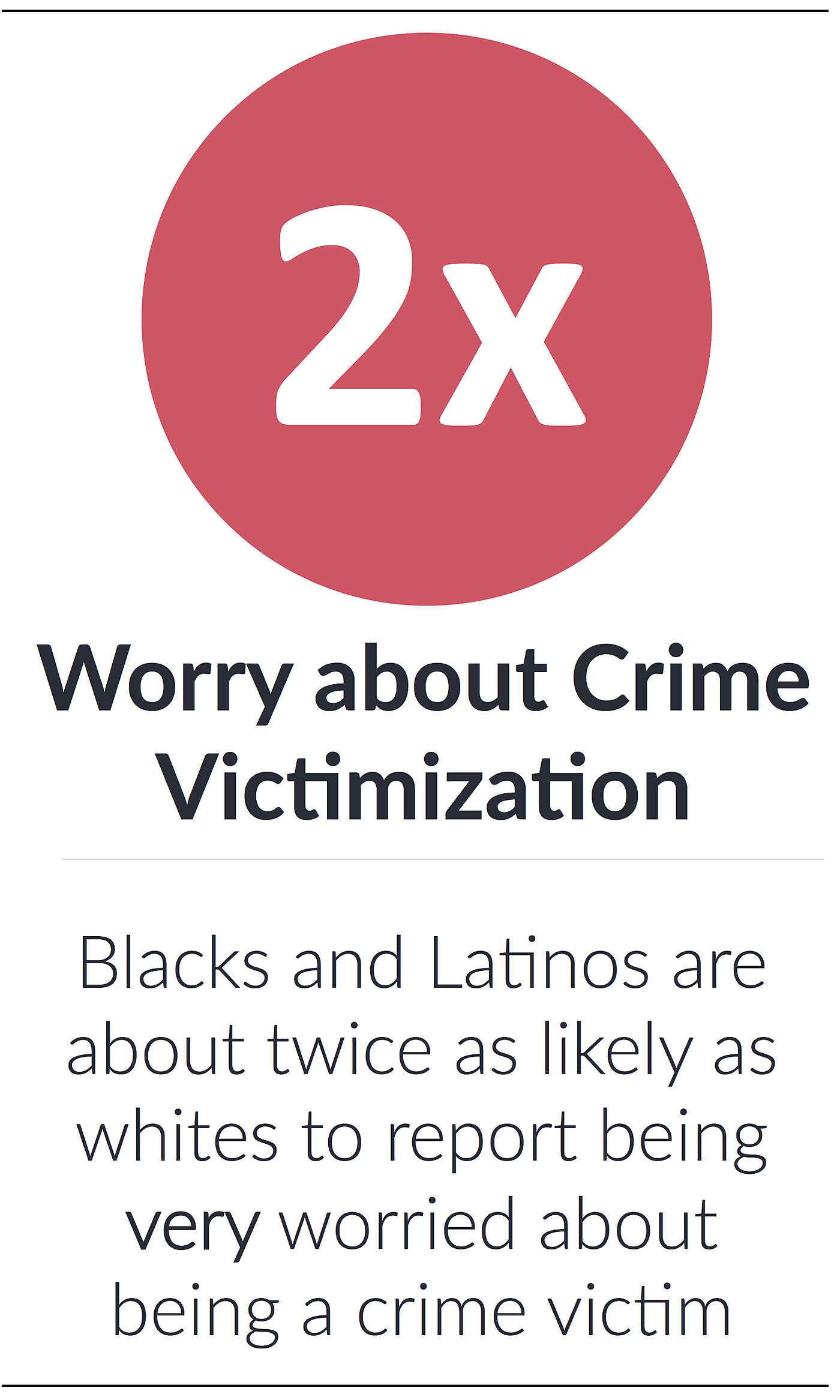 22 Despite falling crime rates nationally, some surveys show Americans continue to believe crime is getting worse each year. For instance, Gallup found about two-thirds of Americans say there is more crime in the United States today that there was a year ago, and that this share has increased over time. Even at a local level, about half of Americans say there is "more crime" in their area than there was a year ago. However, although Americans may say crime is higher, this report shows they are less concerned about being a crime victim than in the past, which reflects the fact that crime rates are decreasing. See Justin McCarthy, "Most Americans Still See Crime Up Over Last Year," Gallup November 21, 2014, http://www.gallup.com/poll/179546/americans-crime-last-year.aspx.