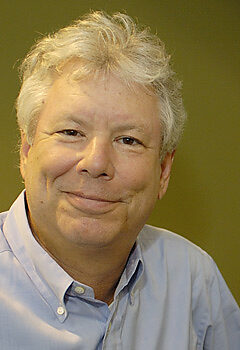 Richard H. Thaler is the Charles R. Walgreen Distinguished Service Professor of Behavioral Science and Economics at the University of Chicago Booth School of Business. In 2017, he was the recipient of the Nobel Memorial Prize in Economic Sciences for his pioneering work in behavioral economics. In the announcement of his award the Swedish Royal Academy noted that his “contributions have built a bridge between the economic and psychological analyses of individual decision‐​making. His empirical findings and theoretical insights have been instrumental in creating the new and rapidly expanding field of behavioral economics.”

Thaler may be best known for his book Nudge: Improving Decisions About Health, Wealth, and Happiness, coauthored with Cass Sunstein, which brought his ideas about behavioral economics to a popular audience. Cato hosted two response essays by Thaler for the April 2010 edition of Cato Unbound, “Slippery Slopes and the New Paternalism,” debating the controversial notion of “libertarian paternalism” which seeks to replace commands and mandates with a softer form of incentives.