James L. Buckley is a judge on the U.S. Court of Appeals for the D.C. Circuit. As a Republican‐​Conservative senator from New York, he was the lead plaintiff in Buckley v. Valeo, in which the Supreme Court struck down parts of the 1974 Federal Elections Campaign Act as unconstitutional. The American Conser‐​vative Union recently presented Buckley and the other plaintiffs—including Cato’s president Edward H. Crane—with its “Defender of the Constitution” award on the 25th anniversary of the filing of the case. Buckley delivered these remarks in accepting the award.

Saving Congress from Itself 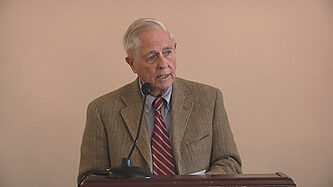