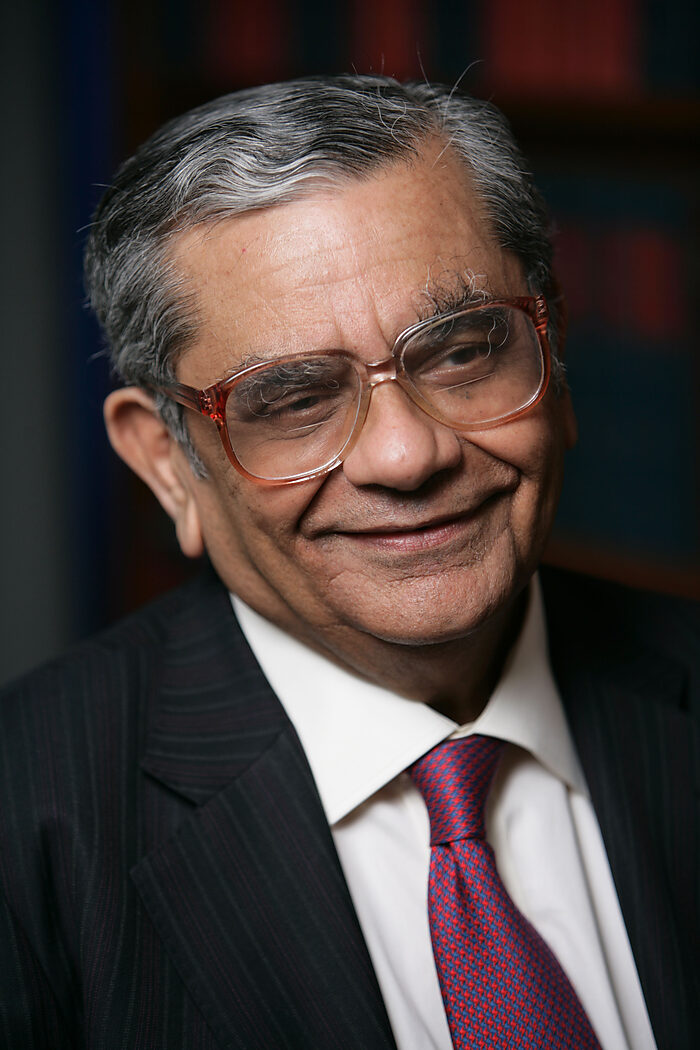 Jagdish Bhagwati is a Professor of Economics and Law at Columbia University, Senior Fellow in International Economics at the Council on Foreign Relations and a Director of the National Bureau of Economic Research. He also recently served as a member of UN Secretary General’s Advisory Group on the New Partnership on Africa’s Development process in Africa (NEPAD), and was a member of the Eminent Persons Group advising on the future of United Nations Conference on Trade and Development (UNCTAD).

He formerly served as Economic Policy Advisor to Director‐​General to the General Agreement on Tariffs and Trade (GATT) from 1991–1993, Special Adviser to the UN on Globalization (2001) and External Adviser to the WTO. He advised India’s current Prime Minister, formerly Finance Minister, on India’s economic reforms.

Professor Bhagwati has published more than three hundred articles and fifty volumes. His most recent publications, Free Trade Today (Princeton, 2002), and In Defense of Globalization (Oxford, 2004) were published to international acclaim, and his scholarship has been translated extensively worldwide. He has also written articles for The Wall Street Journal, The Financial Times, The New York Times, Foreign Affairs, and The Economist. In addition, he has appeared on BBC, Bloomberg, and C‐​Span. Professor Bhagwati founded both the Journal of International Economics (1971) and Economics & Politics (1989).

Professor Bhagwati has been the recipient of many honorary degrees and prestigious awards as well as being elected to numerous professional societies and advisory boards. He was born in India and graduated from Cambridge with a first in Economics Tripos. He continued his studies at MIT and Oxford, and held Professorships in India before returning to the United States.

Obama and Trade: An Alarm Sounds