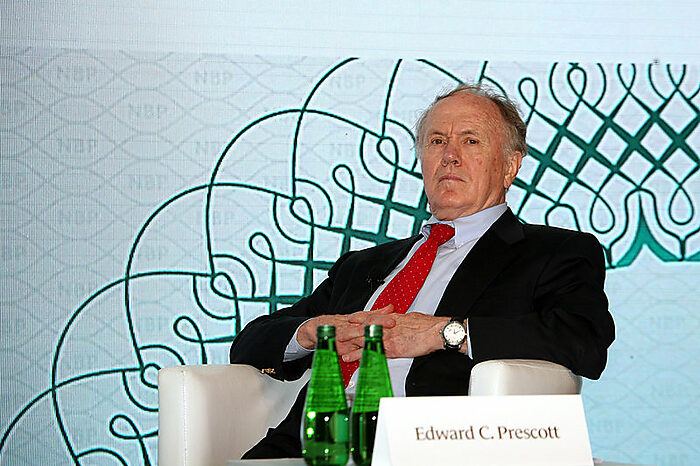 Edward C. Prescott was the co‐​recipient (along with Finn E. Kydland) of the 2004 Nobel Prize in Economics “for their contributions to dynamic macroeconomics: the time consistency of economic policy and the driving forces behind business cycles.”

The research of Prescott and Kydland has challenged the Keynesian understanding of government policy‐​making by advancing the structure of fixed rules over discretion.

Prescott has also been an active proponent of private accounts in Social Security as a means of boosting GDP and increasing the incentive to work.

He is currently the W. P. Carey Chair of Economics in the W. P. Carey School of Business at Arizona State University and a senior monetary advisor at the Minneapolis Federal Reserve Bank. He is the coeditor of Contractual Arrangements for Intertemporal Trade.