Douglas Irwin is the Robert E. Maxwell ’23 Professor of Arts and Sciences at Dartmouth College as well as the editor of World Trade Review. Mr. Irwin is a member of the American Economic Association, Economic History Association and Cliometrics Society.

He has taught at the University of Chicago and MIT, in addition to serving on the President’s Council of Economic Advisers and the Federal Reserve’s Board of Governors.

Professor Irwin has published many books, his latest being New Frontiers in a second edition of Free Trade Under Fire in 2005 (Princeton), and Against the Tide: An Intellectual History of Free Trade (Princeton, 1996) which has been translated into both Japanese and Indonesian. In addition, he has written for a number of scholarly journals including the Journal of International Economics, Journal of Economic History, and The Journal of Political Economy. He has also published articles in the Wall Street Journal and Journal of Commerce. 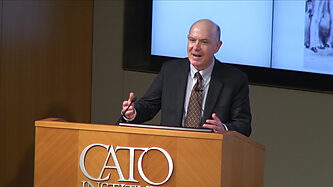 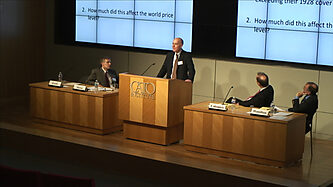 The French Gold Sink and the Great Depression

If We Buy American, No One Else Will

The French Gold Sink and the Great Deflation of 1929–32

Do We Need the WTO?