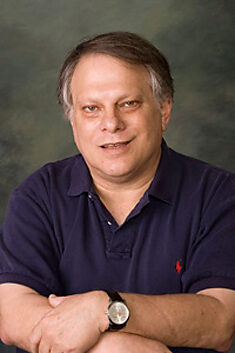 Christopher Layne is professor, and Robert M. Gates Chair in National Security at the George Bush School of Government and Public Service at Texas A&M University. His fields of interest are international relations theory, great power politics, U.S. foreign policy, transatlantic security relations, and grand strategy. Professor Layne has written two books: The Peace of Illusions: American Grand Strategy from 1940 to the Present (Cornell University Press, 2006), and (with Bradley A. Thayer) American Empire: A Debate (Routledge, 2006). Additionally, he has contributed extensively to the debates about international relations theory and American foreign policy in such scholarly and policy journals as International Security, International History Review, Security Studies, Journal of Strategic Studies, The National Interest, Foreign Policy, The Washington Quarterly, World Policy Journal, and Orbis. Professor Layne has been a frequent contributor to The Atlantic, The New Republic, The Nation, Financial Times, New York Times, Los Angeles Times, Washington Post, and the Australian. He also is a contributing editor for The American Conservative. Professor Layne is a member of the Council on Foreign Relations, and an IC (Intelligence Community) Associate. He received his Ph.D. in political science from the University of California, Berkeley, and holds a Diploma in Historical Studies from the University of Cambridge.

U.S. Must Stop Being a KLA Pawn

Casualties of War: Transatlantic Relations and the Future of NATO in the Wake of the Second Gulf War