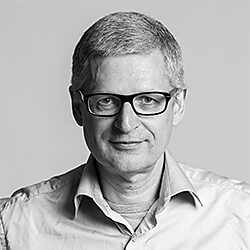 The Cato Institute announced today that Flemming Rose, Danish journalist and author of The Tyranny of Silence, will receive the 2016 Milton Friedman Prize for Advancing Liberty, a $250,000 biennial award presented to an individual who has made a significant contribution to advance human freedom.

In 2005, Rose, then an editor at the Danish newspaper Jyllands‐​Posten, sparked worldwide controversy when he commissioned and published 12 cartoons meant to depict the prophet Muhammad. The illustrations, intended to draw attention to the issue of self‐​censorship and the threat that intimidation poses to free speech, provoked deadly chaos in the Islamic world and put Rose in the center of a global debate about the limits to free speech in the 21st century.

Recognizing the principles at stake, Rose refused to apologize or back down. Instead, he has become an international advocate for freedom of speech, making the case that all ideas — no matter how controversial — deserve a public airing in an atmosphere free from threat and violence. His book, The Tyranny of Silence, chronicles the events of the cartoon controversy and their chilling implications for the freedom of expression.

“Flemming Rose is a compelling recipient of the Friedman Prize, exhibiting great courage in his passionate defense for free speech,” said Cato CEO Peter Goettler. “Flemming understands that the freedom of expression and speech is fundamental to the advancement of civilization and is critical in protecting the values of liberty and limited government.”

Rose has a BA in Russian Studies from University of Copenhagen, and has worked as a translator of Russian literature. Before he joined the Danish newspaper Berlingske Tidende as their first Moscow bureau chief in 1990 he worked for eight years as a translator and Danish teacher at the Danish Refugee Council. He was based in Moscow from 1990 until 1996, and covered the fall of the Soviet Union. Rose was Washington bureau chief for Berlingske Tidende from 1997 to 1999 and went on to work as the Moscow correspondent for Jyllands‐​Posten, Denmark’s largest daily. He has also served as the paper’s culture editor and foreign editor.

The prize will be presented during a dinner at the Waldorf‐​Astoria Hotel in New York on May 25, 2016. Angus Deaton, renowned economist and 2015 Nobel Prize winner, will deliver the Keynote Address.

The members of the 2016 International Selection Committee are:

Ethelmae Humphreys
Chairman of the Board
TAMKO Building Products, Inc.

Giancarlo Ibárgüen (1963‐​March 2016)
Member of the Board of Trustees
Francisco Marroquín University, Guatemala