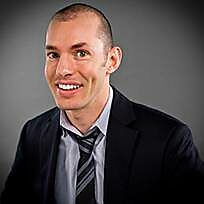 Washington, D.C. (March 18, 2014) — The Cato Institute announced today that David Kirby will be joining the libertarian think tank as Vice President of Development and Senior Fellow.

Kirby was most recently Vice President at FreedomWorks. He has served as campaign executive director for the Institute for Humane Studies (IHS) at George Mason University and was executive director of America's Future Foundation.

He has also been a long-time member of the Cato family, joining the institute in 2001 as a government affairs associate after graduating from Bates College. In 2006 Kirby became an associate policy analyst and, together with Emily Ekins, coauthored a book on the libertarian vote with Cato's Executive Vice President David Boaz.

"I am thrilled to welcome David back to the Cato family," said John A. Allison, Cato's President and CEO. "His institutional knowledge of our work and research, together with his experience make him the best choice for Cato."

"Libertarianism is on the rise, and there's no more important institution in the world to winning hearts and minds than the Cato Institute," said Kirby. "I'm honored to be a part of the Cato team."

Kirby holds a bachelor's degree in rhetoric from Bates College and a master's in public policy from Harvard's Kennedy School of Government.