Since the Mexican government initiated a military offensive against its country’s powerful drug cartels in December 2006, over 55,000 people have perished and the drugs continue to flow. The growing violence has created concerns that Mexico could become a failed state, and U.S. leaders worry that violence and corruption is seeping over the border, both south into Central America and north into the United States. In his compelling new book, The Fire Next Door, Ted Galen Carpenter details the growing horror overtaking Mexico and explains how the current U.S.-backed strategies for trying to stem Mexico’s drug violence have been a disaster. Officials in both governments insist on staying the failed course rather than exploring significant policy change. This is a critical subject the presidential candidates are not addressing — but will have to face.

Boldly conveyed in The Fire Next Door, the only effective strategy is to defund the Mexican drug cartels by abandoning the failed drug prohibition policy, thereby eliminating the lucrative black‐​market premium and greatly reducing the financial resources of the drug cartels. A refusal to renounce prohibition, demonstrates Carpenter, means that Mexico’s agony will likely worsen and pose even more significant problems for the United States. 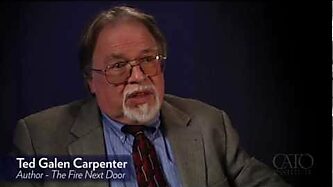 The Fire Next Door: Mexico’s Drug Violence and the Danger to America 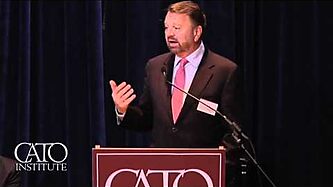 The Drug War’s Impact on Mexico 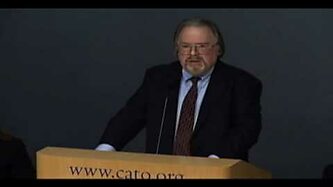