Skip to main content
Video (mp4)
Daniel Griswold is the former director of the Herbert A. Stiefel Center for Trade Policy Studies at the Cato Institute in Washington, D.C, and the author of the new Cato book, Mad about Trade: Why Main Street America Should Embrace Globalization. Since joining Cato in 1997, Mr. Griswold has authored major studies on globalization, trade, and immigration. He’s written articles for major newspapers, appeared on CNBC, C-SPAN, CNN, PBS, and Fox News, and testified before House and Senate committees. Earlier in his career, Mr. Griswold was editorial page editor of a daily newspaper, the Colorado Springs Gazette, and a congressional press secretary. He holds a bachelor’s degree in journalism from the University of Wisconsin at Madison and a diploma in economics and a master’s degree in the Politics of the World Economy from the London School of Economics. Since 2012 Griswold has been president of the National Association of Foreign Trade Zones. 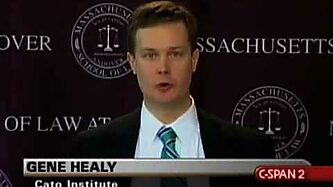 Gene Healy discusses the increasing powers of the Presidency. 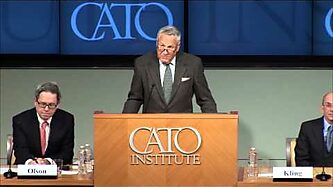 Why Government Fails So Often: And How It Can Do Better 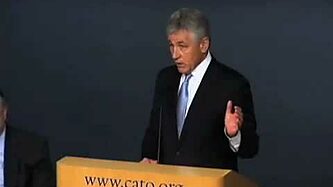