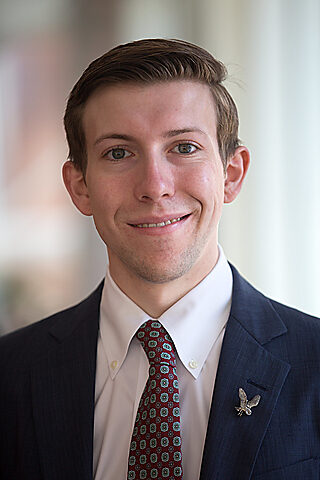 I first learned about Cato when I was given a pocket constitution at an antiwar rally in 2007, but it wasn’t until I began attending Constitution Day that I really wanted to join Cato. The calm and collected manner with which Cato scholars confronted the basest tyrannies and perversions of our legal order was incredibly inspiring.

Before interning at Cato, I didn’t appreciate how messy the legislative process can be, the extent to which a bill may be turned counter to its original purpose in committee, or lie dormant for months before being suddenly taken up again. I gained a great deal of respect for those willing to work within in this system.

I now work as a research assistant at Cato, and couldn’t be happier to be back. I study the First Amendment implications of international, private speech intermediaries, and generally work to buttress the case for a self-governing internet.

Work to forge relationships within your preferred policy area outside of the libertarian movement. Connections with libertarian institutions are great, but external, nonpartisan legitimacy will make you all the more valuable.

Treat your social media presence with care, it is simultaneously a great way to showcase your work and make a name for yourself, and a weapon that can be inadvertently readied for use against your future self.

The fact that libertarianism is rooted in liberalism, and is therefore fundamentally incompatible with paleo-conservatism or ethno-nationalism seems a basic point, but, unfortunately, appears to be one that must be re-learned. Hans-Herman Hoppe is not your friend.

A greater focus on local, non-utopian political advocacy would be nice. Reforming the zoning code will do a lot more good than attempting to eliminate property taxes. Greater focus on the scope of state interference in private affairs, rather than the size of the government budget, also seems helpful.

I once took the NAP quite seriously before realizing that it only carries argumentative force in conversations with Lockeans, and fails to grapple with the problem of past unjust transfers.

Also, I supported Ban the Box policies before it became apparent that they drove greater racial bias in hiring decisions.

The emerging neoliberal movement gives me some hope, and the internet’s drastic reduction of the cost of speech is an underappreciated good. I am not generally prone to optimism.