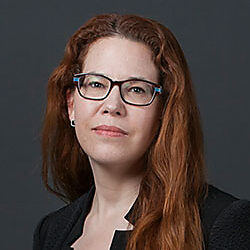 Ilya: I became interested in libertarianism when I was in high school, and Cato was already the leading libertarian think tank at that time. I also had a longstanding interest in government and public policy. So Cato was high on my list of possible internship options for my first summer in college. As it turned out, I applied for about twenty summer jobs, and got two acceptances - one of which was Cato!

Michelle: I first learned about Cato from the mother of a high school friend. She saw that I held similar views. It’s amusing because linking me with Cato was not a compliment in her mind. As a freshman in college I became involved with the Institute for Humane Studies, learned from wonderful people like Tom Palmer, and was invited to apply for the very first class of Koch Fellows. I applied for the Koch Fellowship and an internship at Cato independently; I was thrilled to get both.

Ilya: I spent much of the summer working as a research assistant for the late Julian Simon, the great economist and expert on population growth. Frankly, I wasn’t all that good at it. But I did learn that public policy research is a lot tougher than I thought. Also, I learned that research assistants need clear instructions and occasional supervision. Both lessons proved valuable in later years.

Michelle: I am an abstract thinker by nature; I had done a lot of reading in philosophy and political philosophy but was not much enamored with facts. By doing research for Stephen Moore and listening to policy debates between Cato scholars, I woke up to the centrality of real-world outcomes in policy debates. And I became friends with Ilya, whose policy arguments were based in both principle and fact.

Ilya: I am a law professor at George Mason University. My research focuses on constitutional law, property rights, federalism, and political participation. My most recent book is the much-expanded second edition of Democracy and Political Ignorance: Why Smaller Government is Smarter, published in June. I am a regular contributor to the Volokh Conspiracy law and politics blog, hosted at the Washington Post website.

Michelle: I am an associate professor of law at the Antonin Scalia Law School, George Mason University. My work focuses on the interpretation of contracts and insurance contracts in particular. At the moment, I’m exploring the little-discussed fact that courts often apply interpretive doctrines meant for ambiguous contract language--language with two or more possible readings--to contract terms that are clear to one party but have no meaning, as opposed to a second meaning, to the other party.

Ilya: Become a Cato Institute intern! Beyond that, you obviously need to go to law school. In recent years, it is also helpful to have a graduate degree in a related field, like economics or political science. You should also think carefully from early on what subjects you want to write and do research on, and preferably have at least 1-2 published articles ready to go before you are on the job market.

Michelle: Look at the resumes of those who hold the job you want. Their path may not be the only way but it is the most likely way. In the legal academy, for example, most professors attended one of a handful of law schools. Once in law school, let your professors know that you want to be an academic, attend faculty workshops if you can, and read academic work.

Ilya: The libertarian movement has accomplished a great deal over the last fifty years, starting from very humble beginnings. But there is plenty of room for improvement. Here are two suggestions, one substantive, one related to messaging:

First, libertarians need to do a better job of influencing popular culture, where our presence is negligible (with the important exception of science fiction and fantasy). We need more and better libertarian movies, novels, TV shows, etc. Many people’s political views are more influenced by pop culture, than by more serious nonfiction works.

Second, we should focus more on promoting free migration across international boundaries. On average, we are already better on this issue than most liberals and conservatives. But it deserves a much higher priority than most of us give it. Substantively, it’s tremendously important because it massively affects the freedom and happiness of millions of people - both immigrants and natives. It has a bigger impact than almost any other issue we focus on. Strategically, it can help us appeal to nonwhite groups that we otherwise sometimes have trouble reaching.

Michelle: First things first and plausible things first. The next great step in protecting the American conception of individual liberty is not legalized marijuana or private roads. And, to disagree with Ilya for a moment, the American public is too far from embracing free migration to hang our hat on that distant, implausible rack. I would not ask libertarians to change their views but I would ask them to change their focus.

Ilya: I used to believe that most people form opinions on political issues based largely on their narrow self-interest. But mounds of survey data have persuaded me otherwise. The problem, on most issues, is not that voters are selfish but that they are often ignorant and illogical, despite having (relatively) good intentions.

I used to believe in the “starve the beast” theory: that we can effectively limit government spending and regulation by cutting taxes. Sadly, it isn’t true (at least not when it comes to the federal government).

Michelle: I used to believe that cultural and political progress would naturally advance liberty and, that once achieved, liberty would hold. I am no longer convinced that the progression is particularly linear, inevitable, or intractable once achieved. That said, I wouldn’t chose any other county, or any period in the past, in which to be a woman.

Ilya: The greatest threats to liberty in modern history have been communism and fascism. Both suffered massive defeats in mid to late twentieth century, and have never come close to regaining their former influence.

Throughout much of the world, younger and more highly educated people have become more cosmopolitan, less nationalistic, and more tolerant of racial, ethnic, and religious minorities. That bodes well for a number of important libertarian causes.

Obviously, there are some important negative trends, as well, particularly over the last 10-15 years.

Michelle: I would be less optimistic without the work of the Cato Institute. I am terrified of the new American obsession with outcome inequality but if “[d]emocracy is the theory that the common people know what they want, and deserve to get it good and hard,” (H. L. Mencken), I am optimistic that we will learn again our lesson about the perils of government control over individuals and culture.