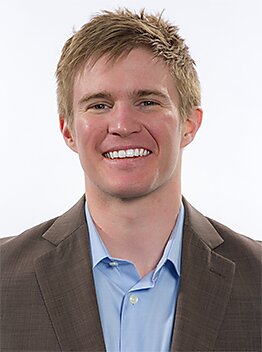 Mark Houser: How did you decide to intern at the Cato Institute?

Scott Eastman: In the fall of 2011, I had the opportunity to have a constitutional law class with Cato Institute scholar John Samples through The Fund for American Studies. At the beginning of the program, I was not familiar with Cato, or that my economic and political views were libertarian. The program showed me there were great opportunities for fiscally conservative, socially liberal people, and after having such a positive experience with Professor Samples, I decided to apply for Cato's internship program.

Mark Houser: How did the internship affect the way you think about public policy?

Scott Eastman: Cato's Internship program provides a wealth of classically liberal scholarship and ideas for interns to pour through, and it provided tremendous access to Cato Institute scholars. Exposure to these ideas and people gave me a firm base for thinking about almost every area of public policy. In particular, Cato's emphasis on the writings of Frederic Bastiat have taught me to always think about the unseen effects of any public policy.

Mark Houser: What kind of work are you doing now?

Scott Eastman: I am currently a Mercatus Center MA Fellow, working toward a Masters degree in Economics at George Mason University. Through this program I have been able to continue working with classically liberal scholars at the Mercatus Center, producing research and publications with these scholars on issues like interstate migration and state fiscal condition, as well as how the regulatory state is used to privilege favored firms in anti-competitive ways.

Mark Houser: What advice can you offer your fellow alumni on how to secure a job like yours?

Scott Eastman: Work on obtaining some hard skills, particularly skills dealing with data. Take on a project that will challenge you and force you to work with data. Also, (and probably more importantly) be nice to everyone you meet, at every job you hold. People in the liberty movement are incredibly helpful as resources, and if they offer to help you out, they will! Embrace this.

Scott Eastman: I think libertarians need to stop glorifying drug legalization and accept that it would be an ugly process, even if it is less ugly than drug prohibition. Making drugs easier to procure will have some ugly unintended consequences. I think the better way to argue for drug legalization is to acknowledge there will be costs, but that the costs of drug legalization would be less than the costs of our current war on drugs.