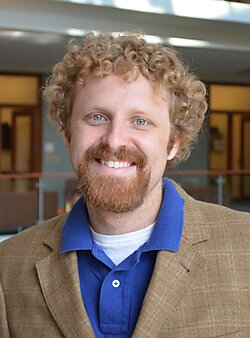 You’re asking me to remember that far back? I honestly don’t remember the first time I learned about the Cato Institute. It feels like I’ve just known about Cato forever.

I wanted to be an intern because I thought what Cato was doing was not only exciting but also very important. As a Polish immigrant in Canada at the time, I was aware of the work that people like Tom Palmer did in Poland, and I very much wanted to be a part of that.

We would have weekly meetings with readings run by Tom Palmer. He introduced me to historical writings (people like Grotius and Puffendorf) that I hadn’t read in my philosophy classes. That was helpful going forward. In terms of public policy, I learned about the importance of taking an ecumenical approach to policy. Instead of banging on about your specific moral view, you might want to take a deep breath and see if there’s common ground from different moral perspectives, and then push for that. Put differently, don’t lose sight of the objective, which is a change in policy, not a change in someone’s moral outlook.

My main area of research is in repugnant markets, or the moral limits of markets. I published a book with Jason Brennan called “Markets without Limits” a little over a year ago, and have since focused on three specific repugnant markets: Bone marrow, blood plasma, and kidneys. Just now, I’m mainly working on blood plasma. The U.S. supplies about 80% of the entire world’s medicines made from blood plasma (like immune globulin, albumin, and clotting factors), including about 70% of Canada’s supply. It’s not because Americans are more kind‐​hearted and charitable, it’s because you have lots of private, for‐​profit, plasma clinics that pay donors. For some reason, it’s deeply controversial to pay donors for plasma donations in Canada, and I’m working to try to change that.

If you want to become an academic you have to publish. That’s basically the only advice that matters. Publish, and be a pleasant person that others want to spend time with. The competition for academic positions is fierce, with hundreds of applicants for every position. And it’s publications that most people care about, with the prestige of your PhD‐​granting institution a close second. So my advice is to go to the highest‐​ranked philosophy PhD‐​granting institution you can (Rutgers, NYU, Oxford, Princeton, etc.), and then publish two papers before you go on the job market in good venues. If you can’t do the first, then you’ll need to publish three to five articles, all preferably in top‐​tier journals, before you hit the market. (There are exceptions, but it’s really tough out there. It’s also the most rewarding kind of work that I can think of.)

Tongue‐​in‐​cheek: I wish we didn’t have so many false views about morality within the libertarian community. The non‐​aggression axiom is baloney, self‐​ownership is a category error, and natural rights are nonsense‐​on‐​stilts. Autonomy matters, and human well‐​being matters. Those are the two things that matter, at bottom. There will be difficult trade‐​offs at times, and we won’t get simple answers. If you want simple, crisp, easy answers, do math.

That was tongue‐​in‐​cheek, although all of those things are things that I believe. I’m just giving you the conclusions that I’ve come to after years of thinking about them. I’m always happy to expand on those views, and explain why I think they don’t work.

To be less cheeky: I wish we were more vocal about people’s individual liberty to move from wherever they happen to have been born, to somewhere else. For some reason, there are many self‐​described libertarians who think it’s appropriate for governments to severely limit immigration. They don’t think it’s appropriate for the state of Alabama, say, to limit how many New Yorkers it lets in, but they treat national borders differently. I guess I wish more libertarians paid attention to the great work that Alex Nowrasteh is doing at Cato.

Yes, a lot of them. More or less all of the philosophical views I held as a senior in undergrad I no longer hold. Many views that I held just a year or so ago I no longer hold. For the most part, that’s because I avoid reading what I agree with, and instead read articles that I don’t agree with. Part of the motivation here is to write responses to these pieces, but every once in a while I’m persuaded by a view I thought was false. And since it’s my job to constantly read criticisms of views I think are true, I either change my mind regularly, or I am not being a good philosopher.

Here’s one concrete example: The virtue of selfishness. As a freshman, I thought it was true. But notice that the virtue of selfishness and altruism are formally identical at a certain level of abstraction. They both say, “Every person is entitled to respect and equal moral regard, except for me.” If you advocate selfishness, you say you are entitled to more than others; and if you advocate altruism, less. But both views lack motivation for that second part. What moral reason do we have to value others more than ourselves, or ourselves more than others?

Now, in practice, we may have reason to prioritize our own well‐​being on the grounds that that is, plausibly, the most efficient way to convert scarce resources into the morally important goods (like happiness, well‐​being, etc.). This efficiency is a consequence of at least two facts: Being in a better epistemic position to know what will make me happy more than what will make you happy; and having a psychology that results in greater motivation to chase after what makes me happy than what makes you happy. But in principle, if I knew as much about you as I do about me, and if it had no impact on my future motivation, would I have any moral reason to prefer that good things happen to me, rather than you, or vice versa? No, I wouldn’t.

So each and every person is to be regarded as equally entitled to moral concern. Since I am a person, I am entitled to that, just the same as the rest of you persons. No more, pace selfishness, and no less, pace altruists.

Obviously there’s more to say about this, but that will have to do.

The data. If you look at the state the world is in, you’ll realize pretty quickly that it has never been better. If I had a time machine that only went back in time, I would destroy it. I like asking my students to give me a specific year, beginning ten years ago, where the world was better off than today along most of the morally important dimensions. 1962? 1934? 1890? 1776? Yeah, no thanks. There were no “good old days” that were better than today.

About 137,000 fewer people are living in abject, grinding poverty. And that’s just today. That has been happening about every single day for the past 25 years or so. Globalization and freer trade has contributed a great deal to our long‐​term mission of eliminating poverty — not just grinding poverty, but the less‐​grinding kind too. In a way, I think the cat’s out of the bag here, and while there may be hiccups here and there, like steel and aluminum tariffs, I think long‐​term we will see the trend of greater openness continue.

Social, political, and economic liberty has made our world a great deal better than it used to be. And the trend lines seem to me to be mostly positive (I do worry about the alt‐​right, however, so that’s a reason for me to temper my optimism).