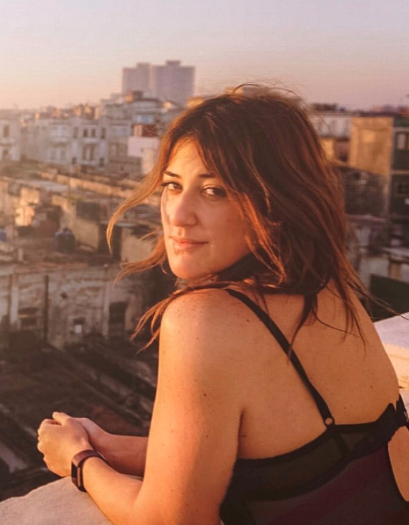 I was definitely a libertarian before the internship, I knew a lot of the basic ideas and what libertarianism is in general. But I think going into Cato, when I was intern, we read a lot of books, talked with scholars, do professional development, and that helped me develop more in depth than when I first started. So I knew a lot more about the philosophy and policy, how it could affect policy. Because in the abstract you just think “this might be possible, that might not be possible”. When you are 18 at that time with Ron Paul everything was idealistic. So Cato really helped me realize what policy could be and shaped that way in 2010 and in modern day politics.

I started this as a hobby, I didn’t think it could get at what it is today at all. I was just visiting, back then, from the United States back and forth to Cuba.

We’ve got this embargo now and it does not work, and actually it was Cato that turned me against the embargo. It was on Instagram and it became very popular very quick, so I thought I should make a website of this or a blog because people were asking the same questions over and over again and I’d rather have it in one place, that what made the blog. And because of that I was traveling to Cuba, visiting my family, and I was only supposed to be there for a few weeks but stood there for a whole year, so that’s how it just happened. And when I created this blog it got really popular, and what I do I bring people in Cuba and tell them how socialism works, the negative effects of socialism in the real day life, how many people are interested in that perspective, and what I try to do is to educate people. And I try to use social media and content creation to explain that in a way that it is easier to understand and more positive.

I can’t explain everything that I want to because I do live in Cuba and I have to be careful because of the dictatorship and I could get into trouble because of what I say. And in the future, I was to continue developing what I am doing more and more. I would love to bring libertarians to Cuba so that people could get a perspective of the other side of the philosophy of the real day application.

What advice can you offer to fellow alumni who would like to do that type of work?

Libertarians have really big marketing problems, because everyone around the world think that you are conspiracy theorist. So, I try to use the philosophy in a way that is relatable and make it fun and interesting way. And not to overly explain and tell who Frederick Hayek is and who are all these people. That is beside the point, you have to make it relatable and content friendly and fun. You have to make it relatable on how most people think nowadays and how they see stuff, make it relevant.

Nobody cares who Frederick Hayek is, I love Hayek, but the point is to make it relatable.

One time David Boaz talked to us and mentioned that libertarians have won on mostly all political issues. I’m not talking about libertarians talking credit on it, but policy wise libertarians have waged huge drives in political issues. Look at gay rights, for example, libertarians were doing that way before the conversation started. Immigration, drug policy, all way before the conversation started. We’ve been waging way before, is just that we are not taking the credit. I think we’ve been wining little by little over time. 20 years ago, nobody wanted to legalize weed and now everybody is legalizing it.

I am a little more realist now. Living in Cuba has given me such a different perspective on different things. For example, maybe it is possible that we can have a health care system a bit more robust, not like Cuba, but that it is a bit more accessible to everyone. So libertarians are very against government takeover in health care but I think, you know, if there is going to be a government anyway and are using our taxes anyway, they could probably invest a little more on health care and education so it is accessible to everyone.

I think that libertarianism is the only thing that work, in my opinion. We see it with Cuba, Venezuela, North Korea, we see it is not working. I’ve always been optimistic about liberty because we live in our best times human being could ever be alive and it’s just getting better.

Being a human in the world, right now, I mean, we’ve won the lottery. I mean there is no plague right now, nobody is beheading anybody. In the global mass scale, it is the best moment to live in so I don’t think it’s going to get any worse. I don’t see anything getting reverse. Look at the world, I can talk to somebody in South Korea or Guatemala, in literally 2 second. That could have not been possible long time ago.

My working experience in Cuba had been life changing. I think every libertarian should come to a socialist country to understand why they are libertarian. It’s been very interesting to live in a country where people have the exact opposite views as you think, it’s been very humbling too.