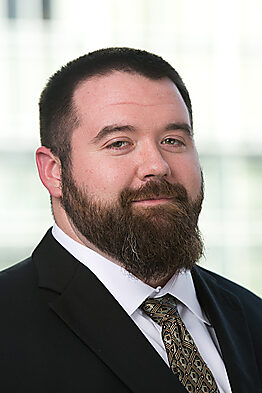 Mark Houser: How did you decide to intern at the Cato Institute?

Adam Bates:I was finishing up my JD and my MA in Middle Eastern Studies and I still didn’t know what to do with myself. More accurately, I didn’t want to go to a soul-sucking BigLaw firm or get my PhD. I wanted to fight the good fight. On a whim I applied for Cato’s internship program (at the time I knew very little about Cato beyond “libertarian”). I got accepted into the Foreign and Defense Policy internship, and I decided that moving to DC and getting plugged into the libertarian policy community would be the best way to get my career going the direction I wanted.

Mark Houser: How did the internship affect the way you think about public policy?

Adam Bates: So much of law school is focusing on winning particular cases or appealing to appellate judges based on principles of law. Public policy is a different game entirely, because you’re trying to move some critical mass of society to your viewpoint. You can win legal cases on technicalities and procedural grounds, but persuading the court of public opinion requires a much different type of argument. I have to say that in the foreign policy context, it was actually pretty depressing. I was interning when Obama’s targeted killing program really took off, and seeing just how little the American people cared was a bit galling. But that just convinced me to keep firing away. That’s the main lesson in public policy: keep hammering away. 10 years ago you’d be laughed at for predicting recreational marijuana in DC within a decade.

Mark Houser: What projects are you working on right now?

Mark Houser: What advice can you offer your fellow alumni on how to secure a policy job like yours?

Adam Bates: If you’re really committed to doing policy work, my advice would be to do it on your own time. My internship ended three years before Cato listed any jobs for which I was even remotely qualified. In that time I kept up my studies, I wrote for anybody that would give me a platform (and put on Facebook what nobody would publish), and when those opportunities did materialize I had something to show Cato that evinced my commitment to the principles and bolstered the skills I needed for the job. As an alumn, you have a foot in the door, but there are still hundreds of applications for every opening. Prove to them you’re not just looking for a job, that this work is what you want your life to be about.

Mark Houser: What’s something important—policy, philosophy, or other—that you’ve changed your mind about? Why?

Adam Bates: Before all this started, when I was a relatively new libertarian, I fell into the trap of thinking “Well, Libertarianism is easy. NAP is the answer to every question!” I suppose today that would be called “thin” libertarianism. But my time at Cato, and everything I’ve learned from interacting with so many people who’ve been at this for decades, taught me that it’s a lot more complex than that. We’re not starting a society from scratch (from what Julian Sanchez called “Lockean Year Zero.” We’re inheriting a society with centuries of baggage, injustice, and maldistribution of economic and political capital, and the libertarian response can’t simply be: “OK, all bygones will be bygones starting… now!”  It’s a much more complicated task than that, and figuring it out is essential to making libertarianism a legitimate philosophical force in the future.