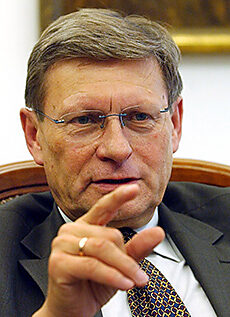 Leszek Balcerowicz, former Deputy Prime Minister and Finance Minister of Poland, has been named the winner of the 2014 Milton Friedman Prize for Advancing Liberty, a $250,000 biennial award presented to an individual for achievement in promoting freedom and individual liberty.

Balcerowicz has been widely credited with the economic transformation of Poland. He liberalized the prices of most consumer goods and initiated sound fiscal and monetary measures designed to balance the budget and end hyperinflation.

“As an economic crisis manager, Leszek Balcerowicz has few peers,” the Wall Street Journal declared in a weekend interview with the Polish economist in December 2012. “When communism fell in Europe, he pioneered ‘shock therapy’ to slay hyperinflation and build a free market. In the late 1990s, he jammed a debt ceiling into his country’s constitution, handcuffing future free spenders. When he was central-bank governor from 2001 to 2007, his hard-money policies avoided a credit boom and likely bust.”

Living under a communist-controlled regime in Poland, Balcerowicz was a member of the Polish United Workers’ Party from 1969 until the declaration of martial law in Poland in 1981. During that time, he received his doctorate from the Warsaw School of Economics. The rest, it seems, is history. 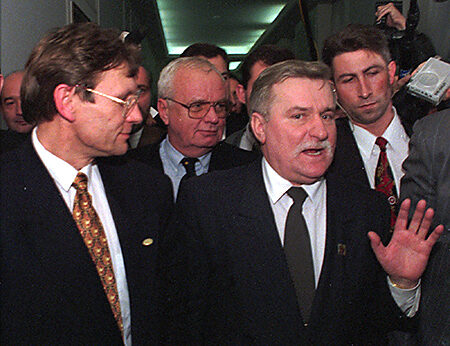 In the late 1970s, Balcerowicz participated in an economic advisory team associated with the prime minister of the People’s Republic of Poland. From 1978 to 1980, he worked at the Institute of Marxism-Leninism, later becoming an economics expert in the independent trade union Solidarity, for which he was forced to leave the Communist Party.

From September 1989 to August 1991, Balcerowicz served as deputy prime minister and finance minister in Tadeusz Mazowiecki’s administration, which was Eastern Europe’s first noncommunist government since the end of World War II. He held those positions again from October 1997 to June 2000.

He was chief architect of the Balcerowicz Plan, a radical reform program that helped transform the Polish economy in the 1990s. He liberalized the prices of most consumer goods and initiated sound fiscal and monetary measures designed to balance the budget and end hyperinflation. 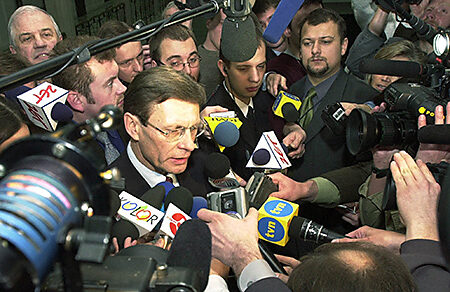 From 2001 to 2007, he served as chairman of the National Bank of Poland. On November 11, 2005, the president of Poland, Aleksander Kwasniewski, awarded Balcerowicz with the country’s highest decoration, the Order of the White Eagle, for his contribution to Poland’s economic transformation. Poland was the only country in the European Union to avoid the 2009 recession and has been the fastest growing EU economy since.

Balcerowicz has written several books and numerous journal publications, and is the author most recently of Discovering Freedom, an extensive collection of foundational essays from leading classical liberal thinkers that includes everyone from Adam Smith and Alexis de Tocqueville to F. A. Hayek and Milton Friedman. The book has become a bestseller in Poland.

Leszek Balcerowicz was chosen to receive the award from a public, worldwide nomination process. The members of the 2014 International Selection Committee: