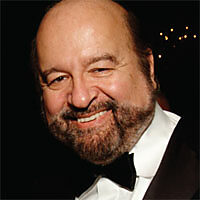 Rare is the economist who finds himself the target of terrorist bombings and assassination attempts, but Hernando de Soto is no ordinary economist. Beginning in his native Peru, de Soto has focused on a revolutionary concept that is having repercussions throughout the world's poor countries: the lack of formal property rights as the source of poverty in poor countries. His decades of pioneering work for presidents and in the streets on behalf of property rights for the poor have led to global acclaim and recognition.

In 1999 Time magazine chose de Soto as one of the five leading Latin American innovators of the century. Forbes magazine highlighted him as one of 15 innovators "who will re-invent your future." The New York Times Magazine wrote, "To the leaders of poor countries, de Soto's economic gospel is one of the most hopeful things they have heard in years." The Economist magazine identified his Institute for Liberty and Democracy as one of the top two think tanks in the world.

De Soto first came to attention in his native country. In 1979, after a successful career in business in Europe, a 38-year-old Hernando de Soto returned to a Peru plagued by poverty and years of military rule.

Having made enough money to retire, he decided to devote his life full-time to solving the riddle of development: Why are some countries rich and others poor? De Soto knew that Peruvians did not lack entrepreneurial energy. The bustling informal economy of Lima was testament to that. Nor did they lack assets, per se. From countryside to urban shantytown, ownership was governed by a system of informally evolved and acknowledged property rights.

But as de Soto explained in his 1986 book The Other Path, these de facto owners were locked out of the formal, legal economy—and that was the root of the problem. "They have houses but not titles; crops but not deeds; businesses but not statutes of incorporation."

In 1980 de Soto created the Institute for Liberty and Democracy. The more he and his fellow researchers at the ILD investigated, the more they realized that dealing with the Peruvian state to obtain legal recognition of one's assets was maddeningly difficult, if not impossible.

As an author and an activist, and later as adviser to President Alberto Fujimori in the early years of his administration, de Soto moved to bring his impoverished fellow countrymen out of the shadow economy and unlock their potential to build wealth, a process that continues today.

From his Peruvian roots, de Soto now can be seen traveling throughout the world, meeting with current and future heads of state. President Vicente Fox of Mexico sought out de Soto for help when he was the governor of the state of Guanajuato, and today de Soto is working with the Fox administration on property rights reform. Egyptian president Hosni Mubarak's son, Gamal, approached de Soto and today a property rights program is about to be implemented in Egypt. Both Philippine presidents Joseph Estrada and Gloria Arroyo have invited de Soto to help. The New York Times reports that African presidents are faxing him.

De Soto tells these heads of state that their poor citizens are lacking formal legal title to their property and are unable to use their assets as collateral. They cannot get bank loans to expand their businesses or improve their properties. He and his colleagues calculate the amount of "dead capital" in untitled assets held by the world's poor as "at least $9.3 trillion"—a sum that dwarfs the amount of foreign aid given to the developing world since 1945.

Hernando de Soto has truly revolutionized our understanding of the causes of wealth and poverty. While many scholars have pointed to and explained the importance of property rights to rising living standards, de Soto has asked the hard question of what it takes to get the state to recognize the property rights that function within the communities of the poor. Can they transform the mere physical "extralegal" control of assets into capital, a key to sustained economic development?

De Soto affirmed that they can attain legal status and developed a guide to the "capitalization process" for poor countries. In his activism and in his books The Other Path and The Mystery of Capital, Hernando de Soto has done much more than apply the lessons of economics to old problems; he has asked new questions and provided both new understanding and new hope for transforming poverty into wealth.

De Soto does not limit himself to the intellectual world. He can be seen tirelessly trudging through the impoverished streets and villages in Haiti, Peru, Egypt, and Bali, meeting with sharecroppers, black-market dealers, food stand owners, local entrepreneurs, and factory workers. His work with the ILD is pushing the governments of developing countries to simplify and streamline the process of granting property titles.

For his efforts, the Peruvian Marxist terror group Shining Path targeted him for assassination. The institute's offices were bombed. His car was machine-gunned. Today the Shining Path is moribund, but de Soto remains very much alive and a passionate advocate. Delivering formal property rights to the poor can bring them out of the sway of demagogues and into the extended order of the modern global economy. "Are we going to make [capitalism] inclusive and start breaking the monopoly of the left on the poor and showing that the system can be geared to them as well?" That's de Soto's challenge and his life's work.